All my favourites today:
If I ever get another razor it will be a Fatip slant, but I am not quite convinced I want one. The Old Type is so good.

I might pick up a bottle of witch hazel tomorrow, as it is my exception and I am just about done the current bottle. 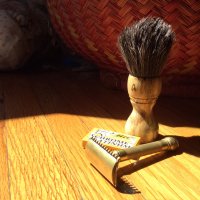 I am out officially. We were on the first cruise to go in the Caribbean in over 15 months. We took a tour of the Curacao Liqueur Factory and had some nice samples. On the way out they had a display of Mentholated Lotion and accompanying soap that I found tempting. When I said that I would pass it up, my wife said, "I think you are a damned fool if you don't buy it. We won't be back here soon". That broke me. I have since seen that the lotion is known by other B&B members as the Penguin or Alcolada. Having completed the restraint last year, I am back to day one. I thought it would be a brush that got me. The same with my diet tracking on MyFitnesspal after the food and drink offerings on the cruise. I wish continued success to all who are outlasting me. I will continue in spirit as I proceed on my walk of shame! 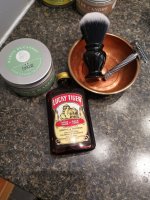 Chesty said:
I am out officially. We were on the first cruise to go in the Caribbean in over 15 months...
Click to expand...

Your first Caribbean cruise in over 15 months =

Chesty said:
I am out officially. We were on the first cruise to go in the Caribbean in over 15 months...When I said that I would pass it up, my wife said, "I think you are a damned fool if you don't buy it. We won't be back here soon"...
Click to expand...

Crewman @Chesty transported up from the surface of planet Pyris VII and immediately collapsed. It was later determined the crewman was killed by sympathetic magic. 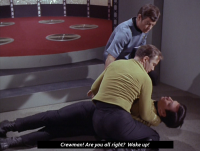 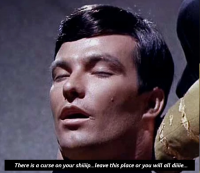 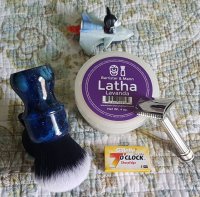 Almost fell victim to a Zenith Silvertip, but it was claimed before I lost my resolve. That particular threat is no longer an issue, so... I had a truly remarkable shave this morning. The razor/blade combination was outstanding. I almost wanted to post results yesterday, but I decided to wait a day just in case the shave was a fluke; it was not. Yesterday's shave was so good that I could have skipped today's ritual, but I had to see if it was an anomaly. The Fatip OC coupled with the 7 OC Yellow rocks! And the brush and soap more than held up their end too. I was done after two passes, but that's just not my style. What a way to start the day.

I haven't shaved in two weeks due to a once in a decade kind of red irritation (on cheeks) due to stress and hot weather.

It's all better now and I'll get back to the duties (shaving) soon.

Still in. Shaving with cold water in the summer heat. No fancy pictures, though

Shave 25 on this blade and still got a BBS shave today. Happy Friday folks! 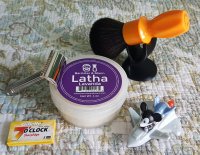 It looks like I have just enough of the Lavanda sample for one more shave so I can get back to working on what remains of the tub of Proraso in a couple of days. It's been a busy week, but I've managed to get in some truly wonderful shaves. I wish you all the best of what life has to offer. Crewman #13 still in...
Last edited: Jun 18, 2021

A great BBS shave followed by a healthy dose of Bootlegger's Green Freeze, it really hit the spot after a hot morning of yardwork!

I shaved today after 18 days and it was a great experience for me.

Kamisori is back on the front seat and Feather Professional blade reminded me of the possibility of exquisite shaves if I don't stray from it again.

Tabac Original and Chubby 3 made for a great face lathering session.
It's OK to splurge especially when the break lasted for a lot longer than I intended. 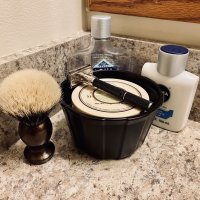 Today I removed the synthetic knot from the brush handle I plan to reknot next year. I can't decide between boar or badger. I like boar, but I don't think I've given badger a fair chance. I still have plenty of time to decide.
You must log in or register to reply here.
Share:
Facebook Twitter Reddit Pinterest Tumblr WhatsApp Email Link
Top Bottom