With Memorial Day upon us we wanted to salute this day of gratitude and remembrance with an appropriate topic. The holiday is defined as, "A day on which those who died in active military service are remembered."

Unfortunately the holiday has devolved into a way for stores to drape the red, white and blue on their products and move them out the door. The meaning of the day has been lost. In order to do our own small part to steer the holiday back to its roots we offer up this topic:

Tell us about someone you know who served our nation.

My cousin is a Vietnam vet. Came home messed up, in more ways than one. Now he is mostly healed, physically, mentally, and spiritually. I won't say more; it's his story to tell or not.

All of the men on my father’s side of the family have served in the US military in some capacity and fortunately lived to tell about it. Well that’s kind of an overstatement, as they almost never talk about their service. All average dudes that did extraordinary things we’ll never really come to understand.

All honest servicepersons have my gratitude and respect.

Please count my entry as a double entry for the first veteran that posts, not to me.

Contributor
Ambassador
When I was 18 I tried to serve our nation. I ended up being medically discharged from boot camp and have been dealing with medical issues since then. My father was a sonar tech in the Navy. My step father was part of the 181st I think airborne division. Then became a green Barret he passed away 6 years ago from cancer. I have a tremendous amount of respect for anyone who have served this country and we're ready to give their lives so that the rest of the citizens can continue to call this country theirs.

My buddy who could qualify for 80 percent disability went for his third tour of duty to the middle east. He and his men go up front to clear roads. We met when he was 20. I have been to his house to meet some of his is men. I'm 38 now so you know how we call 19 year olds boys.i have been amazed to see these young men before they go. I am happy every time my buddy Calls to let us know they made it back. Sometimes they don't all make it back. I'd like to thank all the men and women who have and are currently serving. Thanks Capt for the contest.

My grandfather served in WWII. He rarely talked about those times in the Army, but would talk me about it since I was in myself. I recall his story about hearing a round zip by his head. He was a great man, who was blessed to live a long life and is still missed.

My grandfather served as a Marine in WWII.

Amazing man, taught me much about everything but never wanted to talk about war.

Always glad to talk to anyone about anything, but never that.

Thanks for the contest Cap.

My father served in WWII. Two brothers served during the Vietnam war, one in Vietnam and one stateside. Neither my Father or brother talk about the time they served although I did ask my Dad what he did overseas. My memory isn't the best but remember him talking about signing up for extra/hazard pay to ride a train that did mine sweeping. That is all I remember of that talk.

I am grateful to all who have served and are currently serving to protect this nation, I thank you all.

4 of my mother’s brothers in WWII, 2 of my father's. 1 uncle in Korea. Nephew met his wife in Afghanistan.

Being of Japanese ancestry, three of my mother's brothers and two of my father's brothers served in the 442 during WWII. One of my mother's brother came home with PTSD before it was ever identified as such. He was a loner and a functional alcoholic. My two uncles on my father's side reenlisted to serve in Korea and both were killed in action within a couple of month of each other. All have since died, but their sacrifice for our nation has influenced my actions throughout life.

Contributor
Ambassador
My father was stationed aboard the USS John F. Kennedy at the tail end of the Vietnam war, long before I was a glint in his eye.

My wife's Grandfather fought in WWII and never spoke of it. He has long since passed but he left behind some interesting pieces of memorabilia from Nazi Germany.

My friend, Mark, fought in operation Iraqi freedom. He still struggles with things that have happened to him there.

My friend, Kenny, was a member of the Berlin Brigade during the cold war and was there when the wall came down.

Lots of good guys out there.

Sent from my SAMSUNG-SM-G930A using Tapatalk

Contributor
Ambassador
Close family friend graduated from a very prestigious Georgia college..Degree in Industrial Engineering.
Landed a job making a serious salary. Decided there was another path. Joined the Army..75th Airborne Rangers Brigade.
Many clandestine missions. Got shot up pretty badly during one of them. Busted his *** to requalify for airborne duty. Met that goal. More sneaky missions. Thereafter got tapped for Delta Force where he is assigned today. I am proud to know this young man. He is the classic example of today’s true Patriot Warrior..... 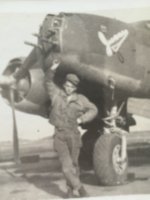 My Dad served in WWII as an armorer on a light bomber in the Pacific Theater.
Old school...and surely a service record to be proud of.

Me? Out of college I found myself in the law enforcement community for nearly 30 years. An honorable enough calling but nowhere near that which the two aforementioned gentlemen followed. Thank you to all of those who served and continue to do so........
Last edited: May 21, 2019
J

My late, Great Uncle was a Marine who served in Vietnam and Korea. He received two purple hearts among other awards. He was a Drill Instructor on Parris Island before retiring. He fit the bill for the job too. Trim, square jawed, deep voice, and TALL. After the military he did trade work and had his own small business. All of that was before I was born though. I just remember him always having a big garden with a bunch of blackberry bushes and livestock to keep him busy. Always had popsicles in the deep freezer when my brother and I visited lol.
He wore hats indicating he was a vet, but never really talked about what happened. Never heard him brag or tell "war stories."
Don't know what is was, but when he shook your hand or gave you a hug it felt like he had granite in his bones.

gvw755 said:
Being of Japanese ancestry, three of my mother's brothers and two of my father's brothers served in the 442 during WWII. One of my mother's brother came home with PTSD before it was ever identified as such. He was a loner and a functional alcoholic. My two uncles on my father's side reenlisted to serve in Korea and both were killed in action within a couple of month of each other. All have since died, but their sacrifice for our nation has influenced my actions throughout life.
Click to expand...

what an amazing story = the 442 especially with pre and post war prejudices and internment.

Rhody said:
what an amazing story = the 442 especially with pre and post war prejudices and internment.
Click to expand...

Not in for the drawing, having benefited from the Captain's generosity more than once, including recently -- but I do want to mention my favorite vet.

He's one of the scoutmasters for my son's troop, and he's a Navy vet.
When we went on a recent trip to the Intrepid -- we got to sleep on board! -- he talked about how he'd served on the carrier himself.
If you're in NYC, it's quite an interesting museum. 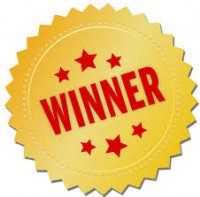 Random.org has selected Steinmetzify as our winner. Congratulations - contact us at [email protected] with your address and the items you have selected with your $50.00 gift card.

My grandfather would have been pleased, and been a big fan of your business practices.

I realize the contest is over but I wanted to talk about my barber for a minute. And he is alive and well so this is more suited for a Veteran's Day post than Memorial Day but what the heck...
His name is Bud and he served in WWII. He made 97 years old last week. I love my trips to see Bud and get a trim because each time I am regaled by the stories of his service. He says he really lucked out in being assigned to a merchant ship as they saw minimal fighting but got to visit the best ports. Bud still cuts hair 4 days a week and gives frequent talks at the WW2 museum here in New Orleans (don't miss the museum when you're here).

We are running out of these wonderful men. Years are taking from us the greatest generation. When and if you get the chance to sit with one of these heroes, for your sake, don't waste it.
You must log in or register to reply here.
Share:
Facebook Twitter Reddit Pinterest Tumblr WhatsApp Email Link
Top