What is Your Grail Razor?

MHBru said:
Currently using merkur 34 &37 and have been lusting the next level. As soon as i get an excuse to buy a new razor its between a Timeless or Blackbird
Click to expand...

Contributor
Right now I have to go with a Schick type F. Not likely I will ever find one.

Polished Blackbird is one that I'll always have! 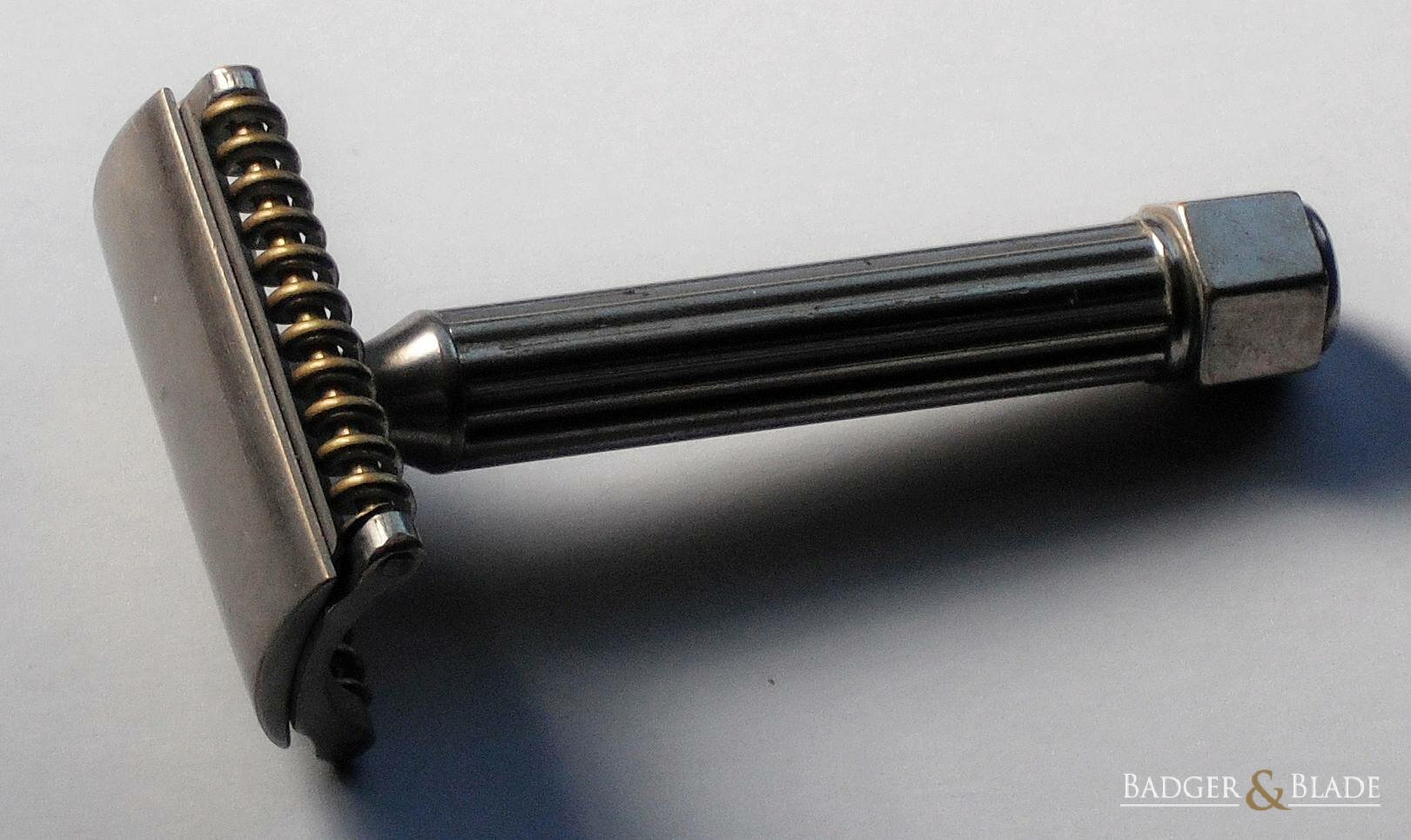 I wish Karve would make this style razor with their typical high quality so others can enjoy what deserves not to be so scarce. The brass spring revolves around the fixed shaft and recycles lather. A unborn grail.

A machined and polished stainless R41 would suit me just fine.

EclipseRedRing said:
I am not a collector but have a modest group of assorted user grade razors, some pretty decent brushes, and various vintage aftershaves all of which are used regularly. I am satisfied with what I have and do not really want anything else. But, I would trade all my shaving gear, and a lot more besides, for any razor used by my late Father; sadly that can never be.
Click to expand...

Very well said. I've had that thought myself regarding my late father. Luckily I do have a number of things he passed down to me. But not a razor.

. Like most men of his generation he shaved with de razors for many years then switched to cartridge razors in the 70s. Unfortunately he didn't save any of his de razors.

Contributor
I am blessed to have my father’s Gillette Slim and my grandfather’s Old Type. My Grail Razor is the L’Essor Le Supreme Adjustable.

Sadly my dad used an electric all his life so no heirlooms for me.

But Jeff, what a coincidence - I was looking through pictures of my collection this morning and stumbled upon this which is also one of my grail razors. And be hopeful - it is still out there to get. I stumbled upon this 7 months ago, manual and all

I will keep a look-out for you on this side of the pond. Happy New Year, sir! 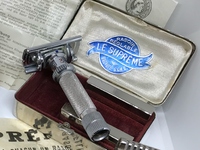 Northstonehill said:
Sadly my dad used an electric all his life so no heirlooms for me.

But Jeff, what a coincidence - I was looking through pictures of my collection this morning and stumbled upon this which is also one of my grail razors. And be hopeful - it is still out there to get. I stumbled upon this 7 months ago, manual and all

I will keep a look-out for you on this side of the pond. Happy New Year, sir!

Thank you, Peter! That is truly my grail razor! I’ve been looking for a long time with no success! If you come across one in good condition, I would be very grateful! Happy New Year to you and yours!

The pursuit of my original Grail razor has led me down a rabbit hole. As my razor collection grew, my desired “Grail” would change.

First, it was a vintage Gillette 1934 Aristocrat. After obtaining a user grade version, I discovered its British cousin: the Aristocrat no. 15 oc. After obtaining that, I discovered the rest of the British Aristocrats. I had to own one from each generation…#21/16/66 and the #70(which is not an aristocrat). Once that was accomplished, my Grail became the Gillette Popular #47. I finally acquired that at the beginning of last summer. Besides the lazy silo doors, this razor did not disappoint.

Currently, my Grail is the Darwin Deluxe. The uniqueness of the handle and head design, intrigue me.

slatemoney said:
I guess I got a thing for vintage British razors.
Click to expand...

That L'Essor is gorgeous. I thought several razors were going to be "Grail" razors. I was wrong, but I'm not displeased with them. They just don't have enough amazingness. I have a few (a couple of lather catchers and a Damaskeene) that I like because they're old and still work. Like me. I have a few that are new and supposedly much better, and they are but not that much. I have a couple (an ATT SE2 and a Wardonia) that scare me a little.

And then I have one razor that I accepted as a trade basically in order to get rid of what I was trading off. THAT razor is probably a Grail. I have another razor that I've been working on, changing this and that and taking it in a direction the manufacturer didn't go. It's becoming a very good shaver and may in fact achieve close-to-Grail status.

To me, "grail" razors will deliver the best possible shave with the least possible aggravation. My grail razor (ATT S2), with a fresh Astra SP and a nice hot pile of lather from homemade shave soap, gives me in two passes what I can't achieve with some other razors in four passes. Even taking my time I'm done sooner, shaved closer, and finish off feeling completely pampered. (Darn spellchecker kept trying to make that "Pampers." I'm neither that young NOR that old, thank you.)

oh no you’re not!

My grail was and is the Personna Precision adjustable safety razor.