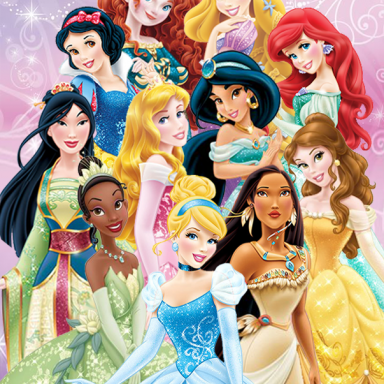 FarmerTan has been a member of Badger and Blade since Apr 27, 2016

01. How did you find Badger and Blade and why did you become a member?

I was tired of cartridge prices. Did a little research, and of course B&B was the first thing that popped up. I seem to remember that I "stalked" for quite awhile, then decided that this place was more about kindliness than shaving, and joined up.

02. When you did or if you are working, in general what did or do you do?

03. What part of the country where you were born do you like the most?

I am from Michigan, born and raised. Never left, besides vacations. We have interesting weather, because of the Great Lakes. Lake Michigan mostly effects me. I always have threatened to move, but honestly, besides the winter, I can't think of a more wide ranging diversity of natural beauty that a person can get to than the state of Michigan. And then there is the Upper Peninsula. Should be a whole different Kountry up there, let alone State!

04. If you could live anywhere in the world, where would you go?

I'd love to have two permanent homes, one in Alaska, one in Hawaii. Never been to Alaska. I'm afraid I'd move there. Hawaii I will only go back to with a one way ticket. I'll never fly back from there.

05. Do you have any hobbies or pastimes?

I spend too much time on B&B, but you all love me so much I don't feel right if I'm not on here. I used to oil paint, play the drums, read Biographies and Autobiographies...and Robert Heinlein and Mark Twain. Both Missouri boys, I often think I was born in the wrong time and place. Neither of those fellas seemed to care if they made people mad with their werds. And the older I get the less I care.

06. Why did you choose the avatar that you have now?

Honestly, it was one of the nicest things to ever happen to me. It was "Bestowed" upon me by some Yahoo, probably my Arch Nemesis, @KeenDogg , whom I started picking on for no good reason not long after I joined. Jimmy Stewart has always been my favorite actor, so I figured he could take it. Anyway... My avatar pic: YEARS ago I just ALWAYS assumed that @captp was a woman, and I referred to him as "Miss" or something. I was raised by a Southern Momma. He used to have a Fairy princess avatar, so it's his fault. Then I guess the Mods thought it would be funny to make me into a Disney Princess because, in my heart, I basically am one. Y'all probably don't believe half the stuff I talk about, but I have had honors in this earthly existence that few people on earth have, but when I became ALL of the Disney Princesses in one fell swoop, it ranked up there with the best. I love this place, truly.

07. If you could choose any person in the world, now or from the past, who would you like to sit down and have a drink with?

I'd pick Jesus, but I've already met Him, and talk to Him often, so that's kinda pointless, and makes me sound like I'm trying to come off all holier than thou, so I think I would like to have a chance to sit with Ben Franklin. The other Founder's seem to take themselves more seriously than he did.

08. What is something you'd like to do, but have not had the opportunity to do it?

Be a grampa. I may live long enough, now that my son just got his self married off. I think I'd make a much better grampa than a Dad. I was way too easy on my son, didn't have to push him much. So my poor, lovely War Department had to ride herd on him. She homeskooled him through Kollege, really, since he started THAT at 15. I was plenty old enough to be HIS grampa when he was born, so I took my job as father WAY too easy. My bride did ALL of the heavy lifting. I just let her and God raise him while I stayed out of their way. I wish I could do it over. He's a fine citizen, but I should have done more. Not let my lovely bride have to do so much.

09. What is one thing or accomplishment in your life that you are proud of?

Going back, or rather, STARTING Kollege shortly after my son was born. The deal was, since I had a home business doing hair, if we ever had a kid I would raise him, and she'd continue to work outside of the home. That lasted until she had to go back from maternity leave. It's a long story, but, I had several surgeries as a kid, and some AWESOME nurses. I didn't know there was male nurses, lol. But I felt at about 20 that God had called me to be a nurse, and I told Him to mind His own business, which He did. God's business is people, so He gently kept telling me to go to skool. Finally, the perfect storm of a later in life kid, an unhappy wife, and God keepin' after me was too much to fight, and I HAD to do it. It completed me in so many ways.

10. What is one piece of advice that you would offer to people in general?

What I told my son ALL THE TIME when he was little: any fool can learn from his OWN mistakes, it's the wise man that learns from OTHER people's mistakes. And he, miraculously, to be honest, listened to me. He has accomplished more in 21 years than I had at 42.

11. If you could have any super hero power, what would you choose?

I once bought "x-ray glasses" from the back of a comic book. Imagine my disappointment when I found out they were card stock with a chicken feather for a lens. I tried them out, and they didn't werk. Soooo... As a grown up man-boy, I should be dishonest and say I'd like x-ray vision, because I don't like quitters, and I should finish what I started. My plan, of course was to use those glasses for good, looking for people buried alive, and not to see bare naked people. But I will instead be honest, and go for being like Ant Man. I've ALWAYS been intrigued by the idea of "Land of the Giants" or that movie where they shrunk a submarine down and did emergency surgery or something in a normal sized person's body. So being able to be like Gulliver, but on demand, would come in handy. Like in the middle of a tax audit.

12. If you had to choose to be a kind of animal, what would you want to be?

A lion. But not one from Detroit.

My favorite is Old Rockabilly.

14. If you could be any movie character, who would you like to be?

George Bailey. I played him most of my life, to be mostly honest. I already got the lines memorized.

15. If someone wrote a book about your life, what would the Title of that book be?

"Guess the Fictional Parts"...... Maybe subtitled, "It's a Wonderful Life"

This is probably the closest anyone has come to actually describing me my friend. True story doggone!

Ambassador
There are NONE us normal my friend.

FarmerTan said:
There are NONE us normal my friend.
Click to expand...

A bright spot in the world, is Farmer Tan. It would be great to some day meet ... Ben Franklin.
Aw, just kidding. I'm always cheered to see FT here! Great interview.

ackvil said:
Nice to learn more about you, Dave.
Click to expand...

For a man that talks as much as I do, I tend to divulge little about myself, if you can believe it. I'm actually quite good at looking "open" and really not even my wife knows me well. She jokes (?) that she has to back me into a corner to get anything out of me.

It is a familial trait I'm afraid: we tend to play our cards close to the vest. Sad. I have resolved to write my story this winter, in the form of a love letter to my only begotten. After my Dad died I realized how little I knew of the "real" man...

Contributor
This interview leaves me with more questions than answers. Probably exactly as alluded to above me: Talk muchly, divulge leetle. Is that related to "Baffle them with B$?"
Thanks for always be lurkn 'round some of the obscure threads. I see when you leave a like! I recognize a curious mind when I see one.

APBinNCA said:
This interview leaves me with more questions than answers. Probably exactly as alluded to above me: Talk muchly, divulge leetle. Is that related to "Baffle them with B$?"
Thanks for always be lurkn 'round some of the obscure threads. I see when you leave a like! I recognize a curious mind when I see one.
Click to expand...

Oh yes. My momma should have been sure to name me with the initials "BS"....

If they only play one song at my funeral, I hope it's Kris Kristofferson singing my theme song, with the line "a walking contradiction, partly truth and partly fiction."

If I had been born with just 10% less of the little innate moral code I have I would have been president... I can say so little while talking so much.

luvmysuper said:
What I told my son ALL THE TIME when he was little: any fool can learn from his OWN mistakes, it's the wise man that learns from OTHER people's mistakes.
Click to expand...

I remember my father giving me the same advice when I was 14 or 15. I can still hear him and see his eyes.

Thanks for doing this, Dave!

Esox said:
I remember my father giving me the same advice when I was 14 or 15. I can still hear him and see his eyes.

You don't have to thank me my friend. I had assumed that you knew me well enuff to know that I am more than likely the biggest narcissist you will ever meet!

FarmerTan said:
You don't have to thank me my friend. I had assumed that you knew me well enuff to know that I am more than likely the biggest narcissist you will ever meet!
Click to expand...

I never thought about it like that but, now you mention it... lol

Esox said:
I never thought about it like that but, now you mention it... lol
Click to expand...

As a retired psych nurse I am not qualified to make diagnosiseseses. But I am required by law to answer the doctor's questions honestly....

Moderator
Contributor
I learned more than I ever wanted.

Nice of you to share a bit about yourself.

From one Dave to another

Dave himself said:
Nice of you to share a bit about yourself.

Thank you my friend.

Moderator Emeritus
"A lion. But not one from Detroit."

rockviper said:
"A lion. But not one from Detroit."

I apologize for grasping such low hanging fruit...... It was just SO easy.
You must log in or register to reply here.