I bought mine at Vintage Blades for $214.99. Pretty pricey,
and although I believe a brush of this caliber is worth it, other might not agree with me.
​
Quality

Great quality, some people knock Vulfix, but I think they've really stepped up their game, and make some incredible brushes. The handle and knot are both obviously very well made. I took off two points, because a few people have reported shedding issues and quality control issues with
these new Two-band brushes. Luckily, I'm ok so far, and have only lost 4 hairs in weeks of use.
​
Density

HOLY COW, that's a dense brush! Before this, a D01 Shavemac was my densest brush, but the CH2 beats it. I can't imagine finding a denser brush than this one.
​
Backbone

Tons of backbone. Great massaging feeling when lathering. Not nearly as much scrub as a Rooney in Finest, but is still one of the most backboniest brushes you'll ever use.
​
Softness of Tips

Here is perhaps the most amazing part of this brush. Outstandingly soft tips! Even with all the backbone, it doesn't make the brush too scrubby because the tips are cloud-soft.
​
Ergonomic

Love the handle, has a great feel in your hand, but I understand that the shortness and squatness may not be perfect for everyone.
​
Latherability

Lathers soaps and creams equally well, but it is kind of a big brush, and so needs more soap/cream to get it going.
​

This brush is amazing! I've been wetshaving for over 6 years now, and in that time I've tried all manner of brushes from inexpensive to ridiculously overpriced--this one tops them all!

I originally wanted a Chubby 1 due to knot size. Unfortunately, I started my search far too late; all of the 2-band Chubby 1s appear to have been adopted already. I reluctantly started searching for a Chubby 2 with that grade of hair. Fortuitously, I found but a single 2-band brush remaining at a retailer. I did not hesitate!

When the brush arrived, I was immediately impressed by the density of the brush and the feel of it in the hand. My fears remained about the knot size--this brush is a beast! 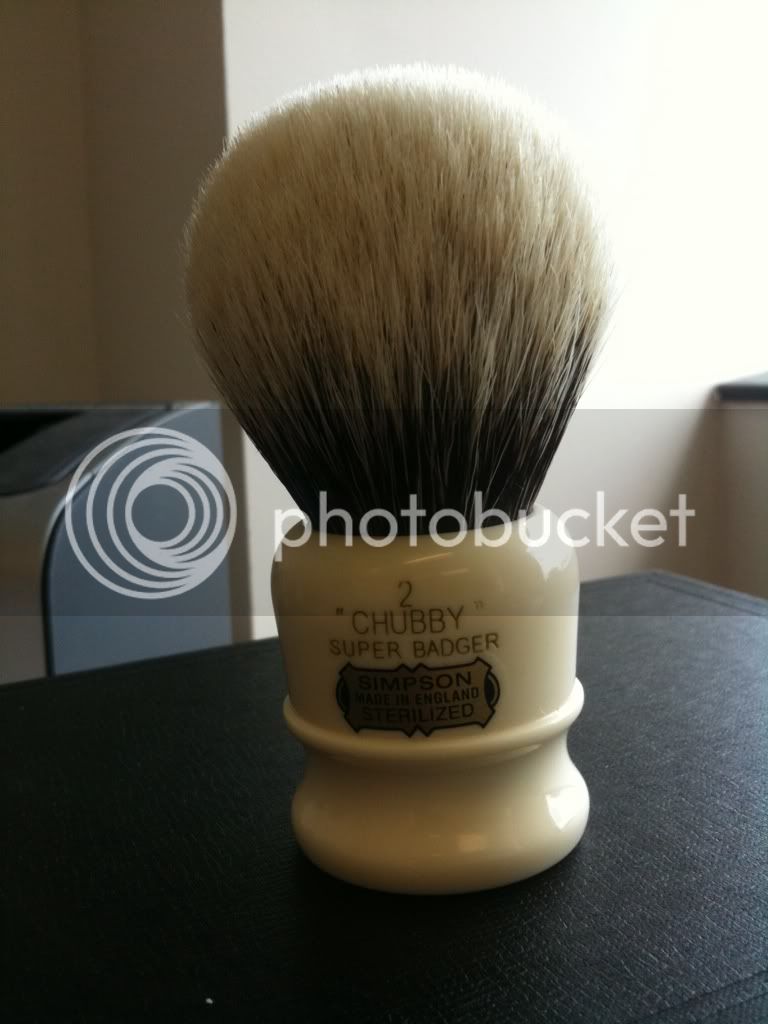 My first test lather went swimmingly. I palm lathered (first attempt ever at this) up some Tabac and was immediately rewarded with thick, luscious lather. I was duly impressed. One of the most remarkable things I noticed was that the knot did not splay out as I worked the lather. The 2-band hair has serious backbone and this baby held her shape like a champ! The tips were soft, but she works soap like it's not even there! And when the dust had settled, I was amazed that the bloom remained incredibly tight and dense... 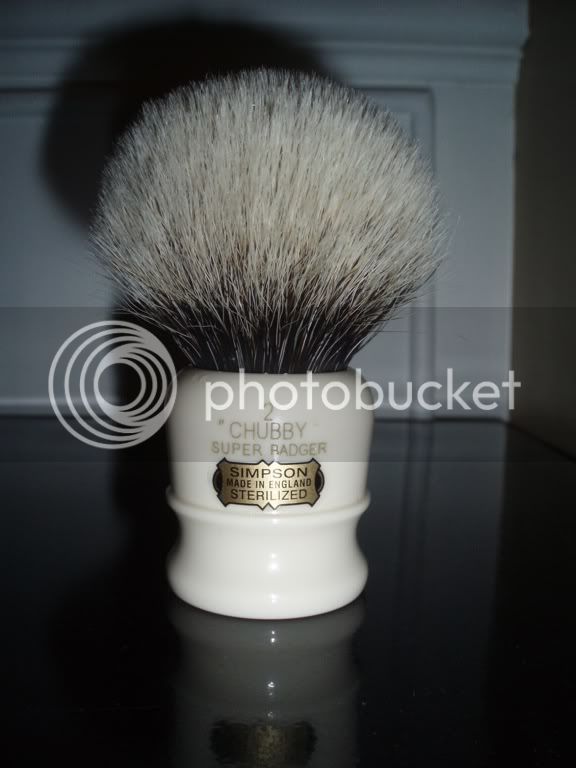 The next day I whipped up some L'Occitane Cade and was again impressed with the brushe's capabilities. This thing makes short order of every soap I've thrown its way. I've used it exclusively for the past week, and it has not lost a single hair! During that time, I've become enamored of the soft, delicate tips combined with the stiff, aggressive backbone.

I'm about to start my experimentation with creams, if this thing lathers creams the way it does hard soaps, the other brushes in my den (boar and badger alike) may quickly find themselves on the endangered species list!


Bottom line: To paraphrase Ferris Beuler, it is simply exquisite; if you have the means to pick one up, I highly recommend you do so!​

This is absolutely one of my favorite brushes. Unlike some, mine actually has quite a bit of scritch to it.

I love the feel of this brush. It gives me a great scrub while producing great lather. On my scale, it's actually a fairly small brush. Nothing on the order of a Polo 14 or a BLK12 but big enough to not get lost on my face

The density and backbone are perfect. Not the cheapest brush you can buy but one that is truly a good value!

I pondered getting a Stubby before picking up this 2-band Chubby. I expected more density. Compared to a Chubby 2 in super it seems much smaller, less dense. It seems close in density to Rooney 3/2 in super even though the Chubby has a larger knot. The Rooney's handle size makes it tower over this Chubby, lol.

I have had it long enough to feel confidence in the quality. No shedding whatsoever. I don't see it fanning out, ever. I like the shape. Nice backbone. Very soft tips. The handle is a little small for my G5 scuttle, but face lathering is quite nice.

I think the 2-band hairs are thicker than the 3-band. So, even though the knot size is the same there are fewer hairs in the 2-band knot, and because of the shape it just doesn't feel as dense.

It is a soap/cream hog. That's ok. It doesn't hold as much water as the 3-band, so it requires a few extra drops in the scuttle.

All in all, a very fine brush. It could be a little larger. I wonder about a 2-band CH3 or a Stubby 3XL. Maybe someday.