Where do you sell your spares?

My RAD is not as acute nowadays so when I get hold of particular razors I like to do a one in and one out system. I will sometimes buy a rough looking razor and enjoy the cleaning and keeping fingers crossed that it turns out to be in good condition under all the years of gunk its collected - if so then the best version gets kept, and the not so good model gets sold on Ebay.
I am always honest selling them on, and show the razor in all its imperfections so avoid false advertising ... I rarely make a profit, and the aim is to get as close as possible to the money I paid back.

However - again I have had a refund request from a buyer on Ebay. Claiming the razor has a warped base plate (English Tech solid flat plate - is it even possible to warp these?). The particular razor was used by myself for a good few months and gave a superb shave until I obtained an even more pristine version to replace it with; there was some plate loss on the razor - but it shaved fine. A few months back I sold a Red Tip in fine working order - only for a request for refund again and the returned razor was not even the original ... and worse of all, it was in about 4 bits where the person had either butchered it, or more likely exchanged it for his own bag of bits!

I have decided no more selling on Ebay now, although still got some spares to sell on. Where do you sell yours (in UK)?

*chanting* B-S-T, B-S-T!!! Seriously, I would consider selling your razors on this forum.....specifically in the Buy-Sell-Trade area.

The BST section of this forum may be helpful.

I sell here on the BST but the potential UK buyers are very limited in number. I have sold to overseas members but that is not viable for low value items which I just PIF. I have sold on the UK Bay but that is so heavily in favour of the buyer that as you point out it can be a lottery and is becoming less and less attractive as a seller. It is just anecdotal but sadly I get the feeling that buyers on the bay are less honest than once they were.
C

Yes I've noticed the buy/sell area here is predominantly US/Canada. And for £20-30 items not worth the postage.

Selling on eBay is out now. Refunds, return labels plus potential loss of actual razors mean it's just worth it.

I have sold here on BST. It is always great when it works out. Unfortunately, I have had a large number of items that I wanted to sell here that got zero interest despite what I considered to be extremely good prices. In those instances, they went on eBay. Fortunately, I have only had one refund request EVER and it was for a watch I sold (more on that later). The reality is that eBay's refund policy is SO RIPE for abuse by buyers that as a seller you have effectively ZERO protection. Interestingly, that is ALSO true if you, as a seller, use Paypal G&S here on the BST. One would only hope that there are fewer scam artists here than on eBay, but you can STILL get taken for a ride.

I now avoid both eBay and PayPal at all costs. They have decided they are going to protect only the buyer which is fine for commercial volume sellers on ebay (though even in that segments, there are rumblings). But the small sellers are being crowded out, especially if the small sellers are dealing in expensive items.

The only way I will do anything on eBay or Paypal is if the sale is worth less than $25 and I don't care if I lose the item. Sad state of affairs, but it is what it is.

Now to my (short) story of how I made an acquaintance with eBay and PayPal's stupid refund policy: Last January (2021) I sold a nearly MINT pilot watch that I bought for $1100 and was worth nearly as much as that because it still ran in COSC specs. I advertised it for $800 fully disclosing that I choked back on the price so the buyer would have room to have the watch serviced effectively on my dime if service were necessary in the immediate future (because I was too lazy to do it myself).

I should have known the buyer was odd because the guy who bought it sent me tons of DMs asking about the watch. All sorts of details that either didn't matter or were already clearly explained. But I brushed it aside.

Only a few days after receipt of the watch by the buyer, I get a refund request. The buyer claimed that the watch was running completely out of spec (to the tune of 20/30 seconds off per day). So I obviously had to refund him and he sent back the watch. When the watch arrived, two things were clear...one, he had actively worn it (likely for several days) because he had changed it on one of the straps I had given him for free with the watch...and the watch had a massive scuff on one of the lugs. And yes, it did run slightly slower than it did when I shipped it, but nowhere as poorly as he had claimed.

I ended up selling this watch, now out of COSC spec and with a big scuff, for only $450. The buyer cost me $350 plus all the shipping charges (FEDEX 2-day). So sum total, I lost nearly $450 on this deal. The eventual final buyer (on Watchuseek) confirmed for me that the watch was in pristine condition and that he was able to regulate the watch to run perfectly and it did not need service anytime soon.

Here's what I think happened...

Ever since this caper, I have been trying not to use ebay and insisting on Zelle as much as possible. On expensive items, it just isn't worth taking any chances. Only later did I find out that the original buyer (had he been a true scammer) could have sent me back a $5 Casio or a Pokemon card and he would have still kept the money and the watch both and I would have had little to zero recourse. And that is precisely how most get scammed by the professional scammers rather than the tool that hosed me.

Quite the story. Bad experiences on the bay abound. Sorry for yours.
C

Luckily my latest experience was only for a small amount. Its the principle that winds me up most.
It does surprise me that Ebay allows sellers to be financially abused so easily - but then again Ebay still make their money from the sale so they arent bothered.

CaerMooman said:
Luckily my latest experience was only for a small amount. Its the principle that winds me up most.
It does surprise me that Ebay allows sellers to be financially abused so easily - but then again Ebay still make their money from the sale so they arent bothered.
Click to expand...

eBay hasn't figured out that in today's world, it can be safer and cheaper in the long-run for sellers to build their own e-tailing site and only accept forms of payment that suit them and develop their own refund policy. If eBay continues down the path they have, they will be going out of business down the road.

Flintstone65 said:
*chanting* B-S-T, B-S-T!!! Seriously, I would consider selling your razors on this forum.....specifically in the Buy-Sell-Trade area.
Click to expand...

Yeah I avoid selling on Ebay. Not worth the hassle/fees. Every hobby has a forum where there is a sales section. For shaving gear there is here and others. For watches there are sales forums like Timezone or WUS. When I used to buy and sell watches on the forums, people would always offer references that you could contact to ensure the person was a good seller/buyer. I buy on Ebay but mostly low cost items. I have a few things I would like to sell on Ebay but avoid due to potential problems

I’m relatively new here. Haven’t sold anything on eBay. But I am considering purchasing a razor from eBay. The listing clearly states “Seller Does Not Accept Returns”. Doesn’t this mean No Refunds? Thanks in advance for your wisdom.

I have stories from previous eBay sales like many and I won’t sell there anymore even though the real problem is PayPal. It is unfortunate that we now will pay taxes on g&s pp sales over $600. I wonder if that will start limiting the sales here?

The second hand market has become a buyer’s market for the most part.

Have you tried Etsy? I have no experience as a seller there, and I don't know if there's a UK version, but it's all about vintage (and handmade) goods...

I've only had positive interactions on the bst at B&B. As with any sale, I recommend spending a few moments checking into the buyer/seller and check time at B&B and messages for activity.

Curly Straight said:
I’m relatively new here. Haven’t sold anything on eBay. But I am considering purchasing a razor from eBay. The listing clearly states “Seller Does Not Accept Returns”. Doesn’t this mean No Refunds? Thanks in advance for your wisdom.

Many sellers state "No Returns" in their listings but the fact is that if any buyer of any product requests a refund for almost any reason, then EBay will instruct the seller to pay it. If the seller does not do so then EBay will refund the buyer themselves and pass the fee to the seller. What the seller may or may not state in their listing is irrelevant. The buyer 'should' return the item in original condition but some do not. Ebay favours buyers because it cannot afford to get a reputation as being a marketplace where it is not safe to shop. Large scale sellers factor losses like this into their P&L, similar to shoplifting in brick and mortar stores. Small scale sellers cannot afford to do this and that is the point.

Some ebay news just today...100% in line with the reality that as soon as small sellers evaporate, the large sellers will no longer have as many buyers to sell to... 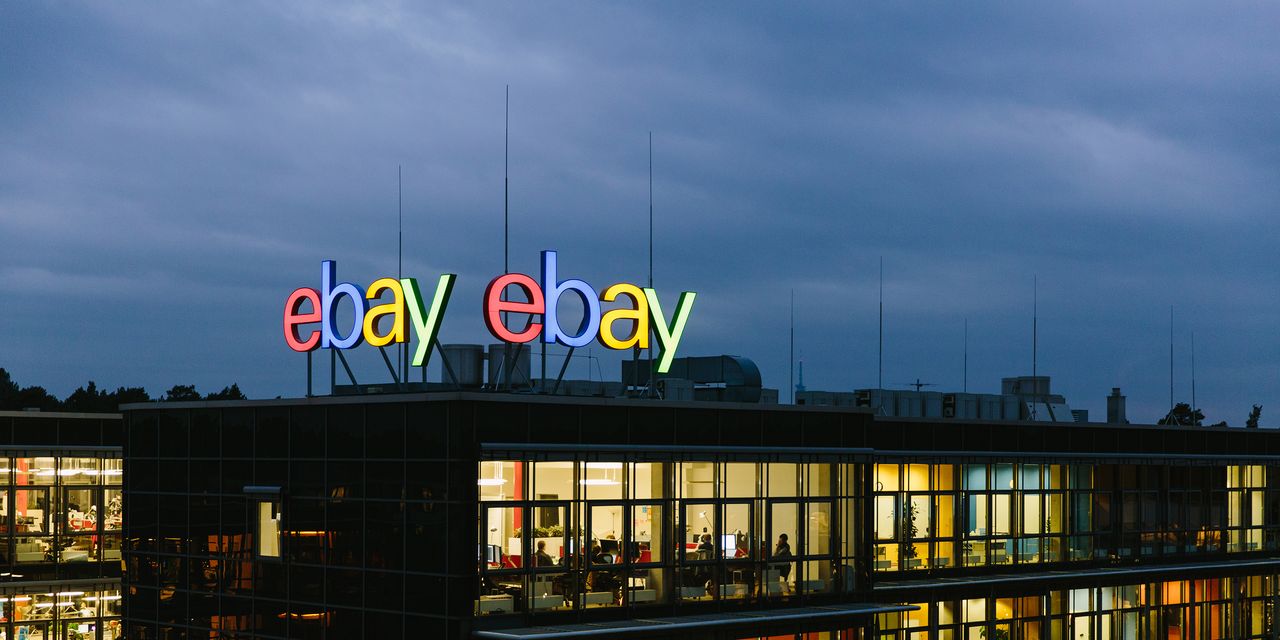 About 10 years ago I started this type of razor quest. I bought a dozen different razors and kept 2 and sold the other 10 on ebay. I ended up keeping a 2012 ATT razor and a star/gem SE razor gold replated.

Fast forward 10 years and recently I bought a bunch of razors again.
Now I have added a general stainless SE, rockwell 6c, supply Se, leaf, twig, one blade core and think I will stop for a while before I consider ebay.
C

Curly Straight said:
I’m relatively new here. Haven’t sold anything on eBay. But I am considering purchasing a razor from eBay. The listing clearly states “Seller Does Not Accept Returns”. Doesn’t this mean No Refunds? Thanks in advance for your wisdom.

you can write what you want in your listing. It is non binding and ebay has its own return policy that it holds everyone to. If the buyer claims item is not as described they can get a refund
You must log in or register to reply here.

GIVEAWAY! Not so perfect razor give away

Where to go to sell tobacco?

What did I just buy from France? Monobloc?