What's in your pocket today?

I wondered what the difference was between the Varsity and the VPen. On JetPens.com, it says the VPen is the name of the Varsity sold outside the U.S.A. However, Jet Pens sells both and charges 80 cents more for the VPen than the Varsity. If it's the same pen... I have 2 pens (Metro & Petit1 Mini), both Pilot. I assume your VPen writes well, since my Pilots do. 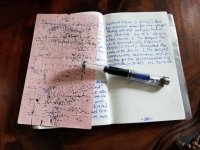 I had a VP stub in my pocket and went for a run. It was a good thing my shorts were also black! A full (refilled) cartridge filled my pocket. 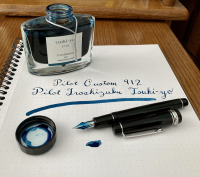 I journalled with the 912 yesterday too. But its pretty much my favorite pen (at least right now), so I can rock it two days in a row.

If I were to buy one of those, I'd probably get the Varsity. Since you've used them, what's the difference that makes you prefer the Varsity over the Zebra?

The Varsity doesn't skip, the Zebra skips a little bit.
The Varsity is a bit wetter, yet dries quicker.
The Zebra has more vibrant ink.


Dominic said:
If I were to buy one of those, I'd probably get the Varsity. Since you've used them, what's the difference that makes you prefer the Varsity over the Zebra?
Click to expand... 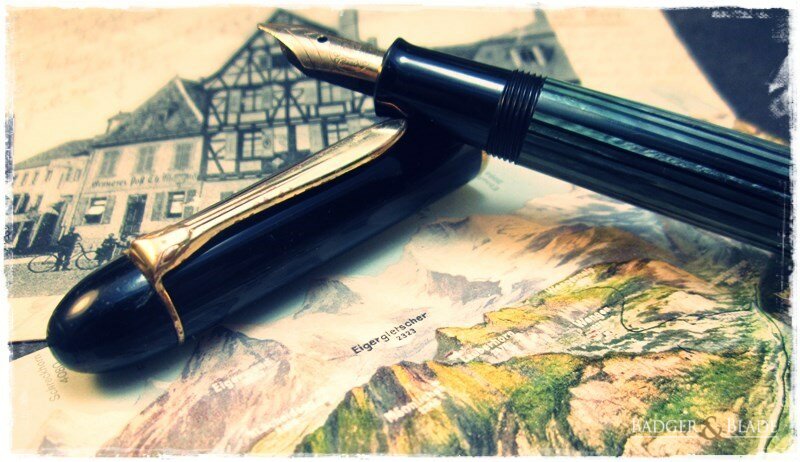 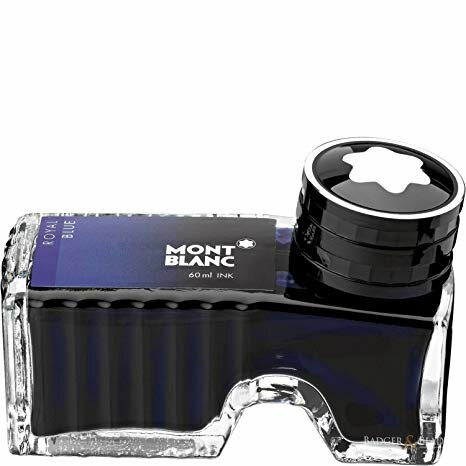 I took out my Edison Hudson today, which I had not used in years. At the time I bought it, it was the most expensive pen I'd ever even considered, and I had high expectations, which were not quite met. There was nothing I could point to that was actually wrong with it, it just didn't seem to write any better than the cheaper pens that I had been using. Also, it's a bit larger than I like, particularly when posted, and I strongly prefer posting. Admittedly it's a very attractive looking pen.

But I had a new ink to try, De Atramentis Alexander Hamilton, and on a whim I decided to try the Edison. Not bad. It's not blowing me away, but perhaps it's a bit better than I remembered.

By the way, the picture you see in the pocket of the notebook cover is on the back of a bit of blotting paper. Richard Binder used to include small pieces of blotting paper with anything you ordered from him. They would have pictures from vintage pen advertisements on the back, and of course, his own name. The mechanical pencil is a little mini model that Retro 1951 sold for a while but then discontinued.