I bought one recently for £15 or so and tried it a couple of days ago. Made entirely of stainless steel, it's quite heavy. It's also quite badly cast. You can see the top cap in the above image and below is not very even at the corner. The base plate has what looks like cracking and a dent, although I believe this is due to a problem with the mould and not cracking in the base plate itself. 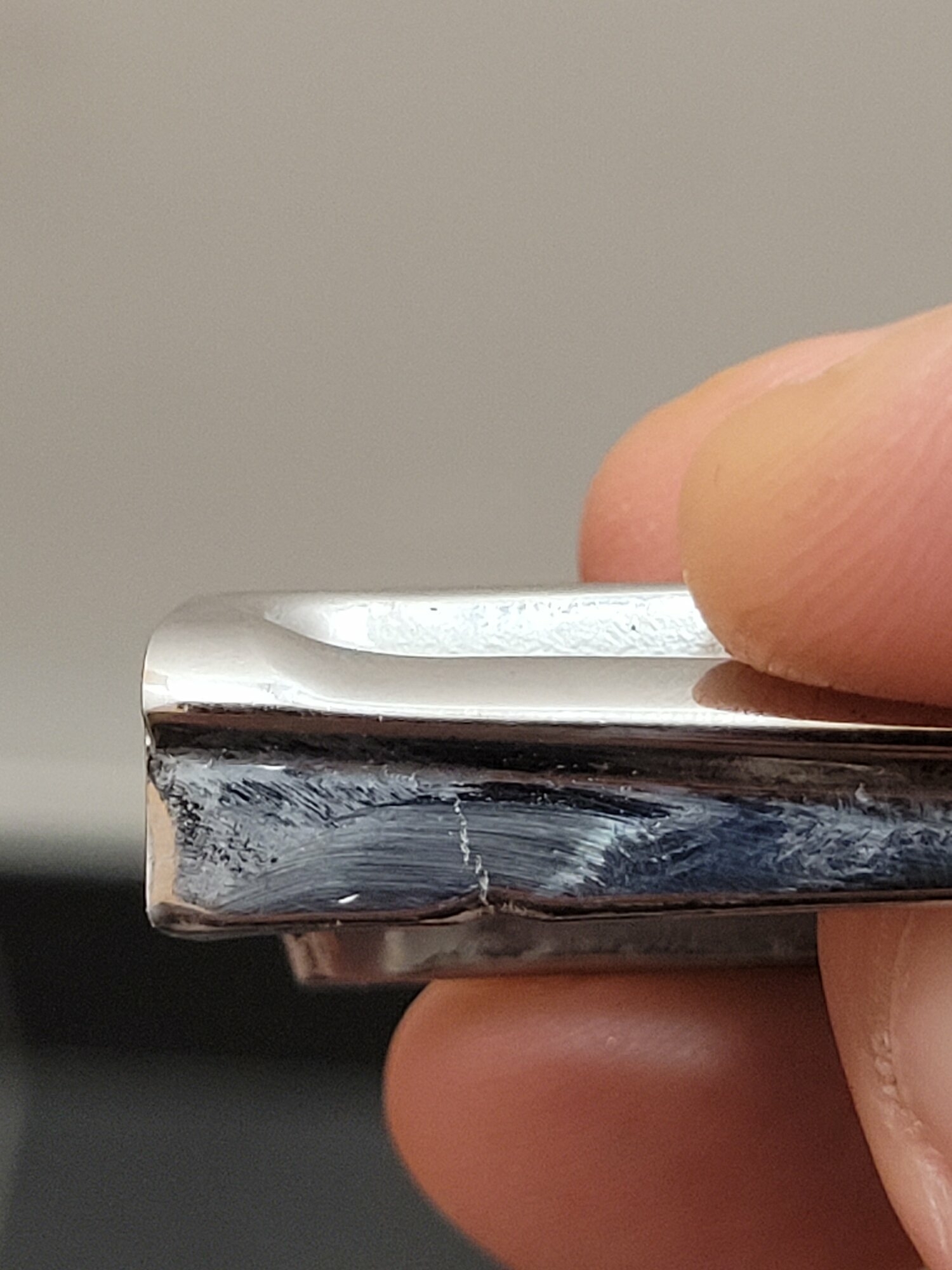 Because of the extremely clumsy manufacturing, it's difficult to judge how well a blade is aligned in terms of even exposure on both sides. It's fair to say, it's not possible to align a blade perfectly.

I found it quite difficult to shave with: sometimes, it would plough through hair and I wouldn't even feel it working; at other times, there would be significant blade feel. No doubt this is at least in part due to lack of familiarity with how it handles. However, I didn't finish my shave with it in the end as I didn't have much confidence in the razor and felt that it was far too heavy and more aggressive than I would ever need a slant to be.

I planned to return it based on the manufacturing defects but the vendor (Sword Edge themselves) offered me a £5 refund if I keep the razor. I decided to keep it as a stainless steel handle for £10 is worth it (the handle has no defects but, as I noted in another thread, making a handle from stainless steel is much easier than precision manufacturing a head and base plate).

wulfgar1976 said:
I bought one recently for £15 or so and tried it a couple of days ago. Made entirely of stainless steel, it's quite heavy.
Click to expand...

Interesting. Looks like a Globusmann copy. The old RazoRock Stealth slants are also stainless remakes of the Globusmann but with good machining and fit. I have a V4 (if I am correct) and it's a lovely, fairly mild slant. One of my favourites! The RR version is also rather massive; gravity-powered shaving.

O.H.
You must log in or register to reply here.