Suggest a frag for me. 45. Divorced. And dating.

I'm a bit older but I own all of these and think they're age appropriate for most settings. The two Creeds, YSL and D&G would work best for evenings out. Bogart Pour Homme and 1725 could be worn anytime. Bogart Pour Homme can be had for under $20 and for me was a no-brainer.
Last edited: Oct 22, 2017
R

I have two general suggestions:

1. Consider whether you want to wear a scent at all. Peoples' reactions to scents are so individual that you run the risk of queering the whole thing with that alone on a first or second date. "He was a great guy, and we had a blast. But he smelled like [insert insulting reference]." But no one objects to the pure scent of clean. Consider saving the scent for a third or later date, then tell her you're trying it out and ask if she likes it. Women like to be asked their opinions about such things.

2. If you do wear a scent, make sure it's not currently common or an "oldie but goody". The women you will be dating will have histories with other guys, and you don't want to conjure up images of some guy in her past who was a jerk. It's that "memory tied to smells" phenomenon.
W

Moderator Emeritus
Wear what you like. Whatever makes you feel good about yourself is THE best scent.

At the risk of sounding obvious, scent is such a personal thing. There is no universally liked fragrance, but there are some that are more crowd pleasing than others. I would avoid the ones that every third guy wears, never know what associations that may bring up with your date. Perhaps go with a Creed. Can’t go wrong with Green Irish Tweed. Pretty safe and smells fantastic.

Thanks guys. Lots of good points especially at this age. A little g.i.t. may be a brilliant idea.

Good luck. I will suggest go to Macy's or some other store and try the tester. You can get the sales person to spray some on your wrist and see how it settles on you. That's what I do. 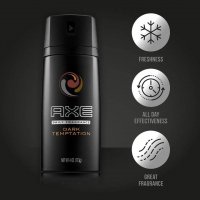 +2 Better to go with nothing- just deo.

Keep the scents mild enough so she won't notice until she's up close.
Many workplaces are scent-free and workplace related allergies are often exacerbated by strong scents.

Dating at 45 is some scary stuff. Been there, way more laughs than scars. You'll have to grow some thick skin. Makes shaving easier...

PS. If you're dating a much younger woman, it's always a good idea to question your scents/cents/sense.
B

Green Irish Tweed is a great suggestion. If you're looking for something more wallet friendly, I like Givency Gentleman or Devin (by Aramis).

I'll echo those that have advised none or extremely subdued.

I'm going to add... avoid wearing any clothes that may have been dryer dried in conjunction with dryer sheets, the remaining scent on the clothes can be overwhelmingly distressing.

davent said:
I'll echo those that have advised none or extremely subdued.

I'm going to add... avoid wearing any clothes that may have been dryer dried in conjunction with dryer sheets, the remaining scent on the clothes can be overwhelmingly distressing.

can you handle it?!

My wife came in ranting not five minutes after i posted, "There was someone on the bus that uses Bounce, do they not realize they stink!"

For me it feels like i'm suffocating when exposed to it. I have to go stick my head in my hockey bag to return to normal respiration.

Moderator Emeritus
Fragrance is certainly subjective and could make things turn for the worse in a dating situation as the olfactory can trigger strong reactions for better or for worse.

Penhaligon Opus 1870 has always been my go to scent. Not flowery. Little on the manly side. Wood. Ceder. Fresh