Just snagged a muhle r41 my first open comb razor looked and waited for the gamechanger but couldnt find it. All sold out... Looked for the ikon tech couldnt find it all sold out. I found the muhle cheap online on a european site for 27.60 excluding vat and another 4 euros for shipping came up to 49.20 canadian. Anyone have any advice or reviews on this razor?

I really wanted a razorock gamechanger .84 but it was sold out is this razor better?

Sent from my ASUS_Z012DC using Tapatalk

R41 is not really a true open comb. It is hybrid razor with almost no gap and a huge blade exposure and a bar shaped in a such way that you can experiment with both shallow and steep angle. It will not give an "open comb experience", it will deliver a unique experience I have not experienced with any other razors.

Many (including me) need a sharper blade with this razor or it will tug. For me Feather works best together with R41.
N

Congrats on the razor! Definitely in my top 5, maybe even #1.

Sent from my ONEPLUS A6013 using Tapatalk

Second thoughts....im wondering if i should get the muhle r41 or wait till razorock has more gamechanger .84 in stock?

Based on Joe's Twitter feed, the 84 full razor may not be in stock for a while, so you may want to grab the GC 68 and a 84 base plate later. The R41 is pretty much always available...

I really like the R41, very close shave and very smooth but I can't use it daily yet. 3 days max then I have to use something milder.

If you click the “Email Me When Available” link on the Italian Barber product page for the GC84 you will get an email when it restocks and it is fairly easy to snag one. They don’t sell out in minutes like some companies (cough...Wolfman...cough).

I have an R41 and two GC84. It is fun to have an R41 in my collection, but if you are looking for a daily driver, I find the GC84 to be pretty close to perfection. It is worth the wait.

Really struggled to get the kind of performance others get from the R41. I have both the 2011 and the 2013. Clearly the 2011 is more aggressive but neither produced a result that seemed off the charts. Rather they were essentially in line with other aggressive razors.

Then recently I placed my focus on the 2011 R41 during a shave and realized what I was doing wrong. I tend to use a steep angle. That angle is ideal for my favorite razor, the Ikon Tech, but it's less than ideal (at least in my reality) for the R41. Rolled it back on its head and everything changed. Shaves super close in that position.

I see no reason why one couldn't get a mild shave by choosing a steep angle and going shallow when one is in the mood for excitement. Could definitely be a daily driver, at least for me. The challenge would be more one of boredom. Used another razor to the point where it became completely routine. A great razor I can barely look at anymore. Thus, I've come around to the wisdom of a rotation. The R41 definitely has a place in mine.
J

Thanks for the heads up, just ordered one myself

My favorite safety razor. It took a bit to get used to as all of my other DEs were milder, but I love it now. Pro Tip - the R41 head on a Bulldog handle is hard to beat.

I mated mine with a stainless Bulldog and it has very good balance and feel, but I was never able to truly relax and put it on cruise like my other razors. Gave me a few weepers at first and several great shaves but just didn't enjoy the trip. On the shelf for now. 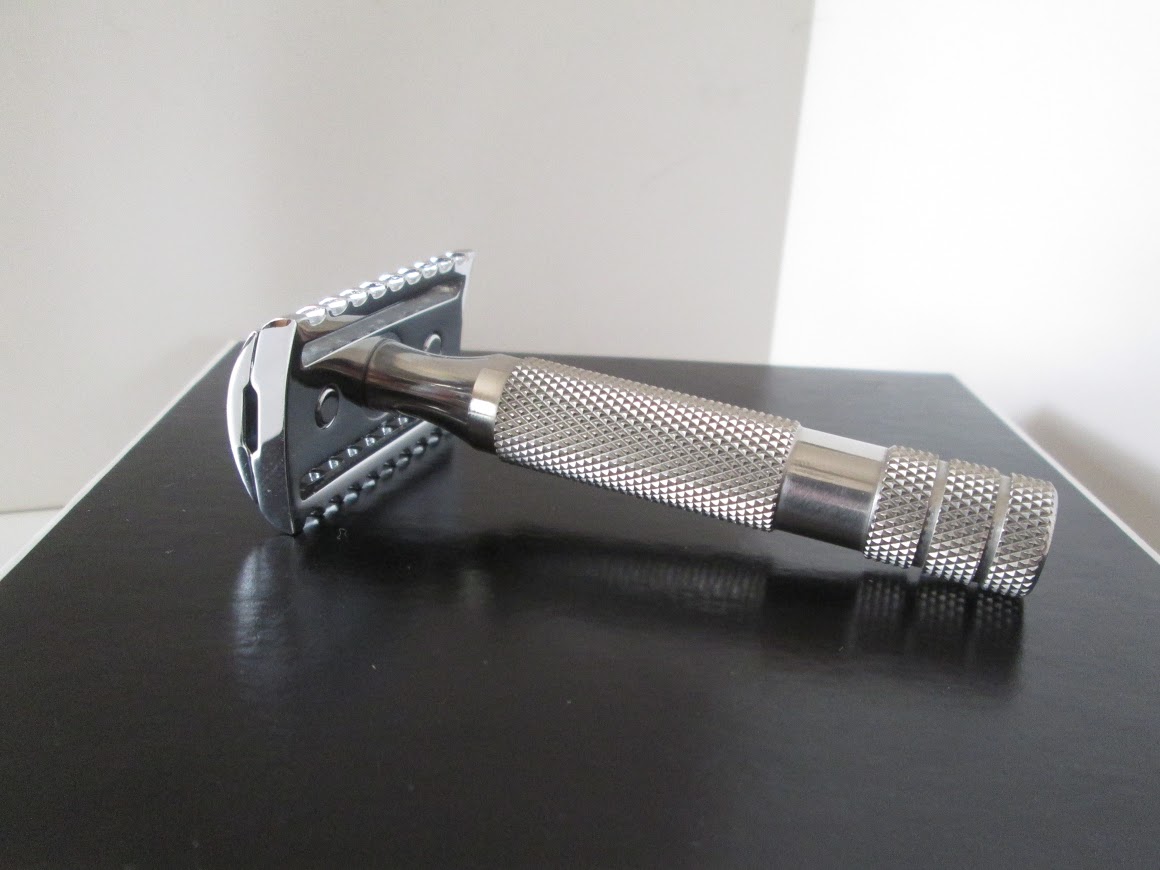 benlym said:
Second thoughts....im wondering if i should get the muhle r41 or wait till razorock has more gamechanger .84 in stock?

Sent from my ASUS_Z012DC using Tapatalk
Click to expand...

I got sick of waiting for the game changer with no confirmed dates etc so bought the Muhle R96 Rocca and never looked back. I have done a review on it and its smooth but highly efficient.
You must log in or register to reply here.