This is interesting stuff. It is inexpensive -- a massive 16 oz tub costing only 3.25 from Appleton Barber Supply. On opening the plastic jar, I was greeted with a greenish substance that smelled pleasantly of coconut and pineapple. While pleasant, I have to say that the scent is more fitting for a sunscreen than a shaving cream.

With most brushless creams, I ignore the instructions and lather up in a bowl. This cream would not play that game, and formed no lather to speak of. So I gave up on that and followed the instructions, applying it to my wet face with my fingertips. And here is where I discovered the first, and possibly the only, flaw in this product -- it is not meant to produce lather. It instead produces a thin and very lubricative, but almost invisible film.

I found it somewhat disturbing to shave with no later -- lather acts as my guide, letting me know where I still need to shave. With this film, I had to pretty much just follow my routine and hope for the best. Luckily for me, my shave routine is down-pat. This cream/film would not be good for wet shave beginners who are still working on their shaving pattern.

Also because of the lack of lather, I couldn't shake the feeling that I was just shaving with water, and I fully expected to wind up with multiple cuts and razor burn -- Wow, was I wrong! After 3 passes I got an excellent shave with no nicks or burns. This is probably the closest shave I've had on my jaw line in quite a while. As an added plus, the moistening properties of Stephan survived my post shave routine of alum block, witch hazel and aftershave.

So, in all, this stuff works very well and gets high marks for the shave and its value, but it's really hard to get over the lack of lather. Also, I could do without the tropical fruit smells. I will use it again, but I don't know if I'll put it in regular rotation. 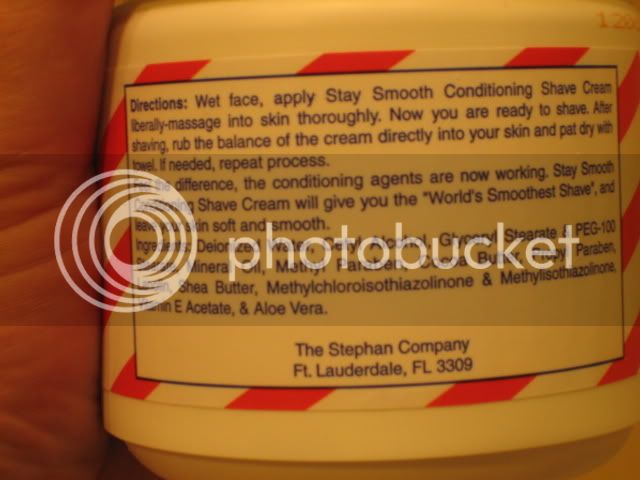 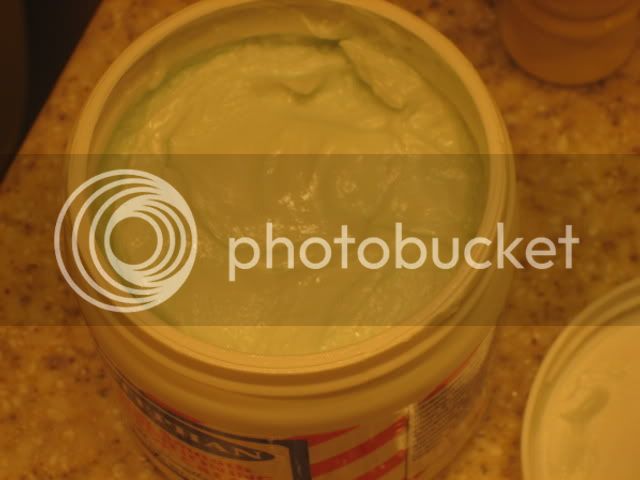 Pros: Really slick, simple to use, can see better
Cons: No lather?
Excellent cream for the beginner straight razor shaver (or anyone really). I came into contact with this as my barber uses it as a pre-shave. I bought a tub off of him and decided to use it solo. It's surprisingly easy to shave, even without a lather. I actually think it makes it easier since you can still see the whiskers through the cream, which can be extremely valuable while learning.

I really like MWF and this has lanolin. It's extremely moisturizing and long-lasting. There is not a cream or soap that leaves my face as well moisturized as Stephan's Stay Smooth - truly the world's smoothest shave.

Some folks may not like that it doesn't really have a strong scent, but I don't mind at all.

I may pick up a tub of this for SWMBO because she's expressed some interest in using my Lady Gillette.
I ordered some blades recently, and the place I ordered the blades from carried this, so I picked some up.

Price
$3.50 for a 16oz tub. If you want to get metric that's 473ml. Which makes it slightly bigger than a tub of Frasers for a little more than 1/4 of the price. That easily makes it the cheapest cream I've seen.
Quality
If you can get past the fact that this cream doesn't lather, you'll enjoy this cream a lot. It gives a very close shave. This wont replace my go to cream, but it was pleasant, I'll use it again, and when I run out I will certainly buy more. I imagine it would be very handy for people who want to trim beard or goatees, since you can see through it.
Scent
Smells like I would imagine a barbershop in the Caribbean would smell. Very tropical and fruity, but not overly strong. It smells a little different, but certainly not bad. I typically don't like fruitier smelling creams, but this one didn't bother me at all. I actually liked it very much.
Latherability
This cream doesn't lather at all. It wasn't intended to lather. You just rub it on like lotion, and get a good thin coating on your face (and I used it on my head as well) and start shaving.
Moisturizing Properties
A very moisturizing cream. Probably the most moisturizing cream I've used. I can't use ASB's, and I certainly noticed a difference after shaving with this cream.
Packaging
Well, it tells what's in the package, and best of all it holds a whopping 16oz. I call that darn good packaging if you ask me!