Gentlemen, after many moons of searching I am thrilled to be able to share with you a group that I don’t think has ever before(!) been shown all together in one single photo:

ALL the 10 different Gillette Popular set variations that the British Gillette organisation ever marketed during the model line’s short life span 1938-1940.

After all my (re)searching and asking the true experts I don’t know of any other sets ever made (neither official sets nor other combinations seen). But of course I may be wrong; after all you don’t know what you don’t know, and there’s is no telling with those British Gillettes

Please enjoy with me this quite historic moment - and do let me know if there are sets I have missed. 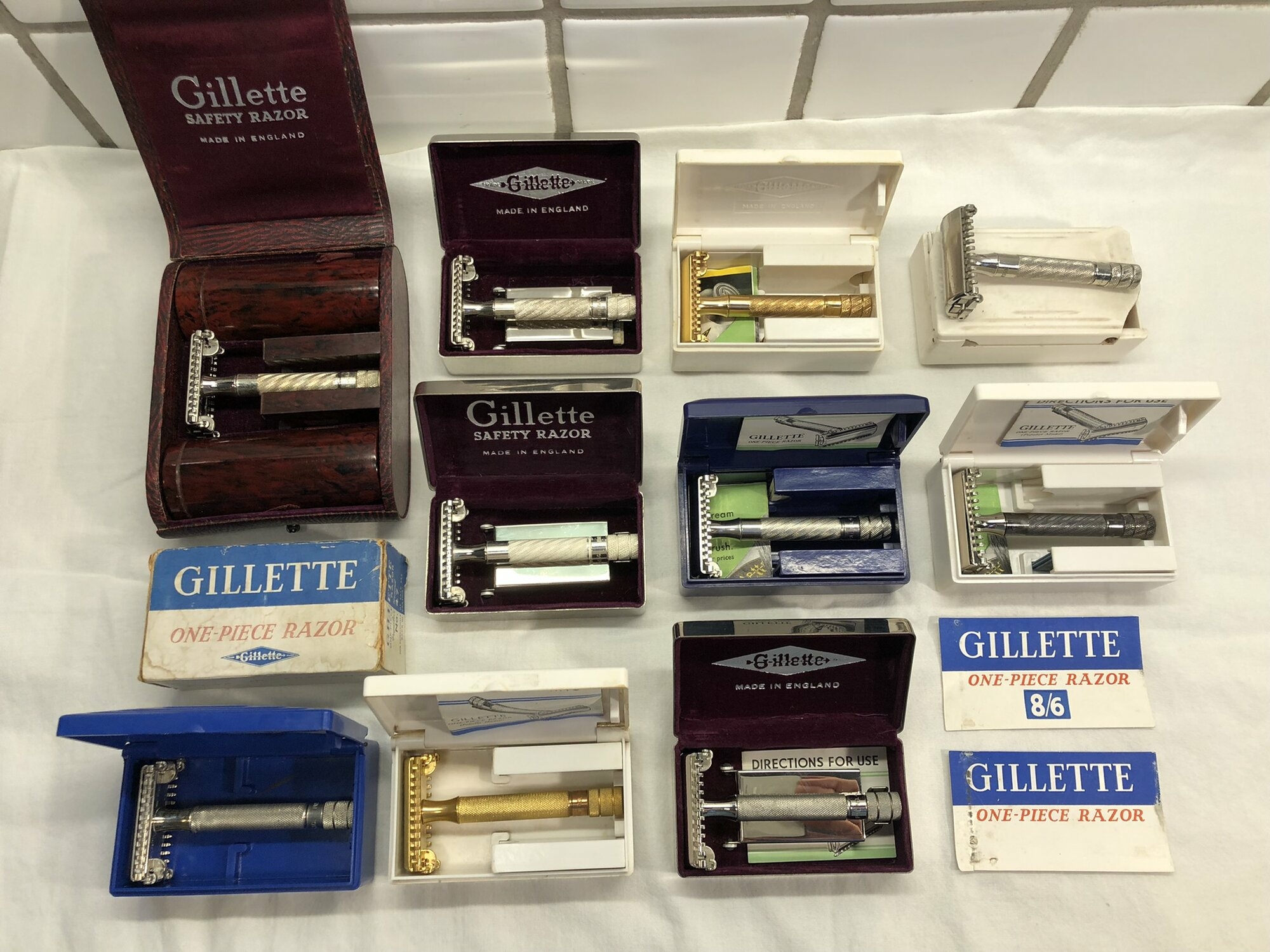 Just to recap, here is the story of this model line which was only made for those few years, probably because of WWII and maybe also because the Aristocrat line sold better…

The Gillette Popular series
The Popular was a unique line in the British Gillette 1930s model offering, made alongside a.o. the 1st generation Aristocrat. The Aristocrat and Popular models were quite alike, both being TTO open combs and having the same head. But the Populars have a distinguishably thinner handle than the Aristocrat, and on top they have that unique quirky feature where the blade doors do not open automatically when you twist the knob (as they do one any other Gillette TTO). Instead you have to twist the knob open but then manually flip the doors open either by turning the razor upside-down or by simply flipping the doors open with your fingers.

The Popular razors came in basically two design versions: The dead giveaway difference between the 1938 and 1939 models is that the 1938 model has Rocket style handle knurling whereas the 1939 version has the gorgeous barberpole handle pattern also seen on the British Aristocrats.

On top of the 45/46/47 set combinations came in 1939 a red leather traveler set (#4) as well as two unique sets marketed only in France: A #45/46 combo of white bakelite/nickel razor, both marked Importé D’Angleterre, and another even more unique set holding a nickel plated razor with an amazing black anodized handle, in the French white bakelite.

All of the above herewith accounted for

Astonishing..... I am speechless. Any one of those razors would be the pinnacle of many a collection

They are looking mighty fine Peter!

Contributor
My buying and selling days are mostly in my rearview mirror, but I never tire of seeing collections with all the history like yours Peter. Nicely done!

Nice collection you have there.

This collection is magnificent.

Good work. Those are some beauties!

Thanks so much everyone, much appreciated!

….Hehe oh yes it is there allright Steve, and in fine shape. Second row, far right

Here’s another photo of it. Contributor
Some yesteryear Popular advertisements, courtesy of our own mr-razor - thanks Achim!! 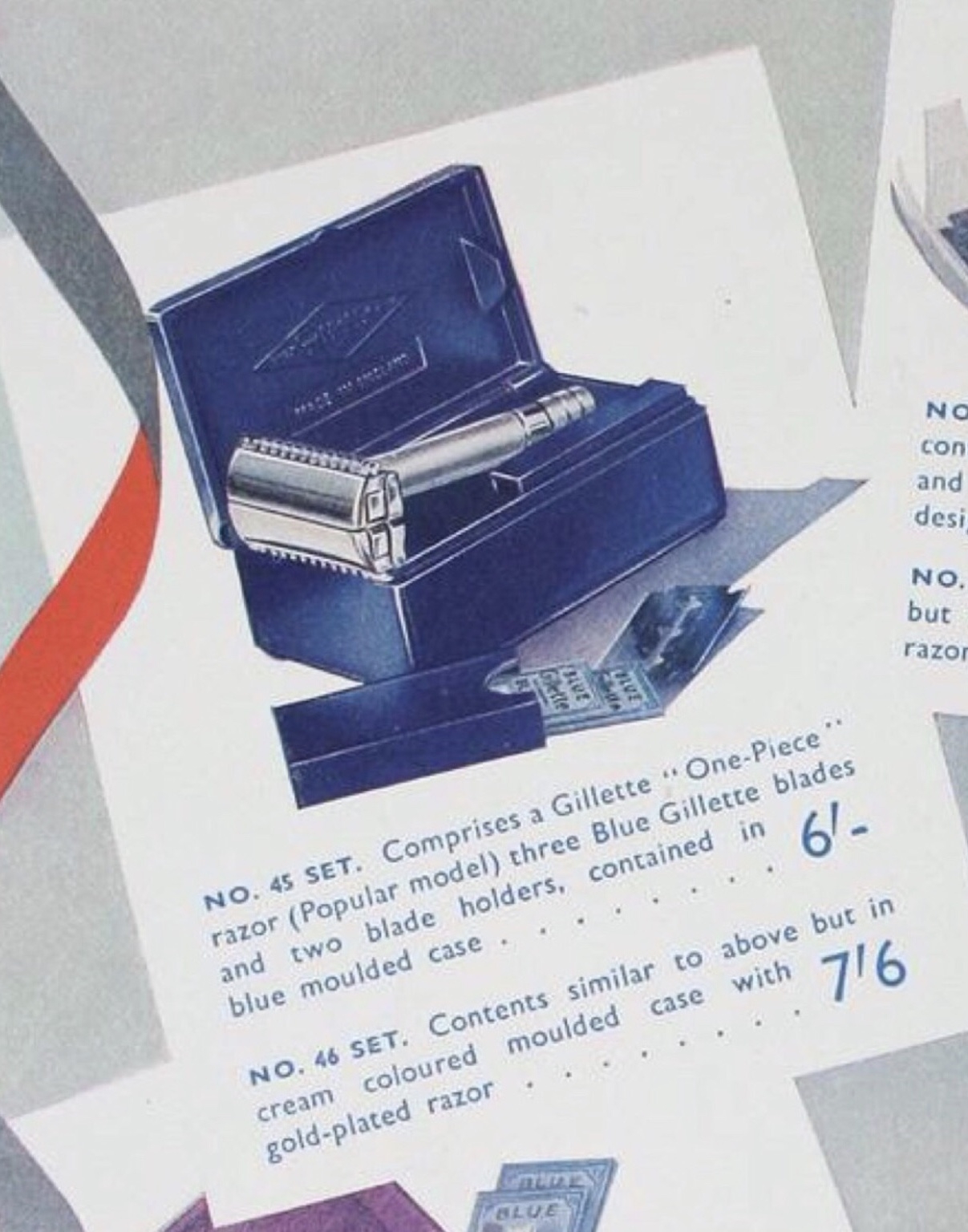 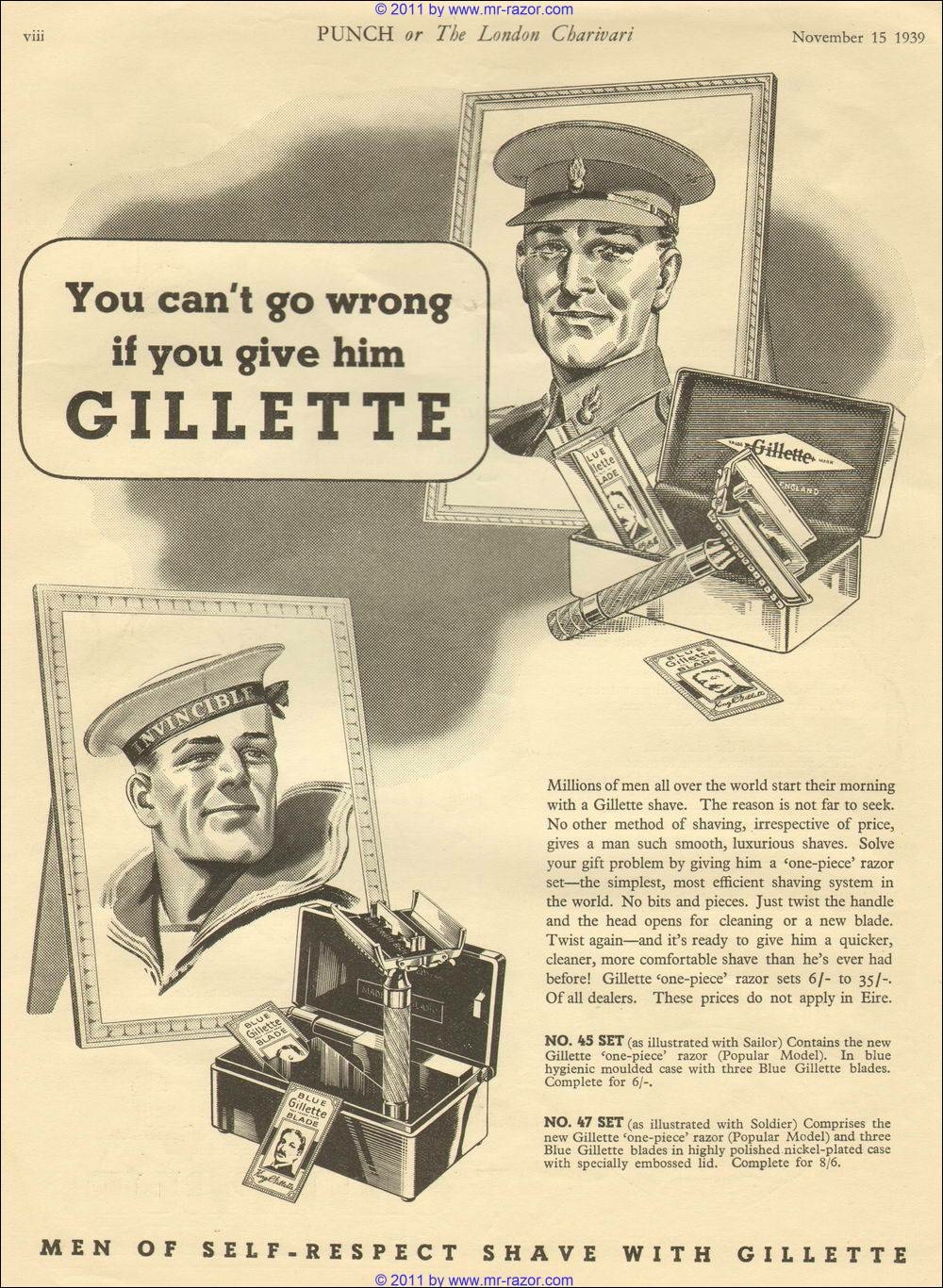