The width of the blade is the number typically expressed in eights of an inch, which basically means the width of blade &#8211; from the cutting edge to the top of the spine. For example, an 8/8 blade would be 1 inch wide, where as a 4/8 blade would be &#189; inch wide. 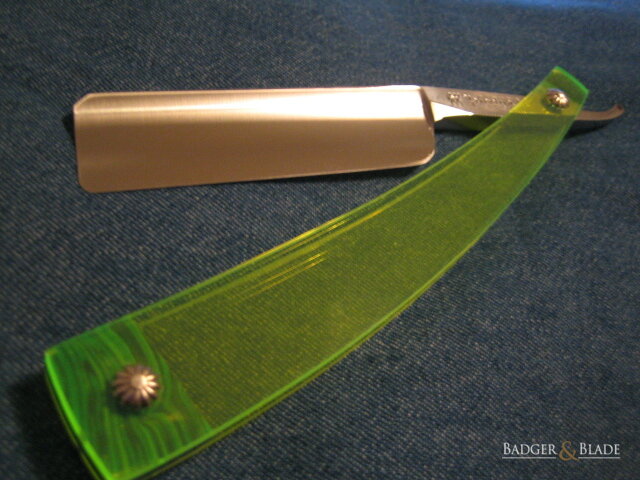 What is the difference between blade widths, or rather &#8211; what would an 8/8ths shave like versus a 5/8ths? Well to a certain extent it depends on the grind, but by and large, most individuals with heavier beards find larger (width) razors to work better for them, as there is additional weight/mass to the razors, which they find beneficial. An 8/8 razor will not have much feedback, and due to the size/heft of the razor will plow right through your beard. Many straight razor users prefer larger blades; because they do not have to be as sharp to get a seemingly effective shave&#8230; personally I feel this is a lazy route. Larger razors also can hold more lather on the blade whilst shaving, so the blade does not need to be wiped/rinsed off as often, however I find this trivial and not much of a &#8220;selling point.&#8221; Large width blades are also quite popular as they are more striking (aesthetically) especially when they are custom, or Damascus bladed razors. The down side? Trying to put a 1 inch hunk of steel under your nose to shave your upper lip, or trying to keep it straight, and see where you are cutting on your sideburns isn&#8217;t easy, and while not terribly difficult, it does take some additional time getting used to, so larger razors are usually recommended for intermediate to advanced straight razors users. The disadvantage to the 8/8&#8217;ths razor is precisely their selling point &#8211; their size and mass, which brings us to the 5/8, a razor just over &#189; the width of the 8/8. 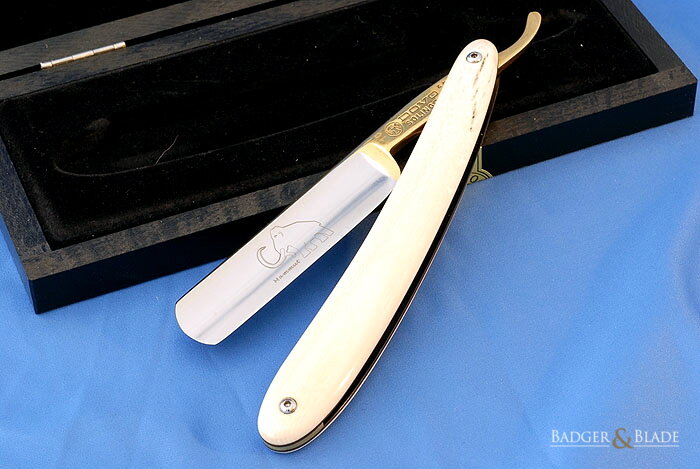 Smaller razors have much greater maneuverability, are much lighter and easier to gauge where they are, what they are doing, and how they are doing it. Smaller razors will have more feedback, which can/will give you a better idea of the sharpness of the blade, the correct (or incorrect) angle you are using to cut with, and so on and so forth. Trimming sideburns and moustache&#8217;s, or shaving your upper lip is a snap, and stropping/honing is less cumbersome. 5/8th&#8217;s razors are the most popular and common sized razor, and are typically recommended to beginners.

The important thing is using what you are most comfortable with. 5/8ths or 6/8ths razors are recommended for beginners, and frankly many advanced straight razor users prefer 5/8ths (or smaller) razors. The width of the razor by and large will not effect the quality of the shave, pending the blade is honed to the proper sharpness, and most straight razor users eventually try a few different sizes, and settle on what they are most comfortable with. Personally, I have razors from 10/8 (over 1 inch) to 2/8ths, and I can get superb shaves from them all, but personally I tend to prefer razors around 5/8ths to 6/8ths wide. I liken smaller razors to a sports car and larger razors to a muscle car.

BACK TO THE TABLE OF CONTENTS
Last edited by a moderator: Feb 8, 2017
You must log in or register to reply here.

H
Large Honing Grit Jumps, How Large is Too Large?
2