It was, I think, @Bowmaker who first mentioned to me about a 'bubbly' appearance as distinguishing feature on the surface of the Idwal stone. Now I've had a couple of them before and neither as shown this, but then there were a few quarries around Llyn Idwal I believe, and the stones do vary in appearance and use. So it wasn't until recently that I'd really seen the Idwal bubbles first hand.

Here's a mystery stone I got off ebay: Bubbly innit! And you can see too the kinda flakey-flinty fissures that are also typical of Idwals.

But the surface was so irregular that I wasn't sure, and when I tried it I wasn't convinced either; it was fast as hell, and maybe topped out around 4k, if that. An *excellent* stone, but not as fine as an Idwal.

That surface above was quite badly dished so I decided to lap it flat this evening. Here after a couple of mins: 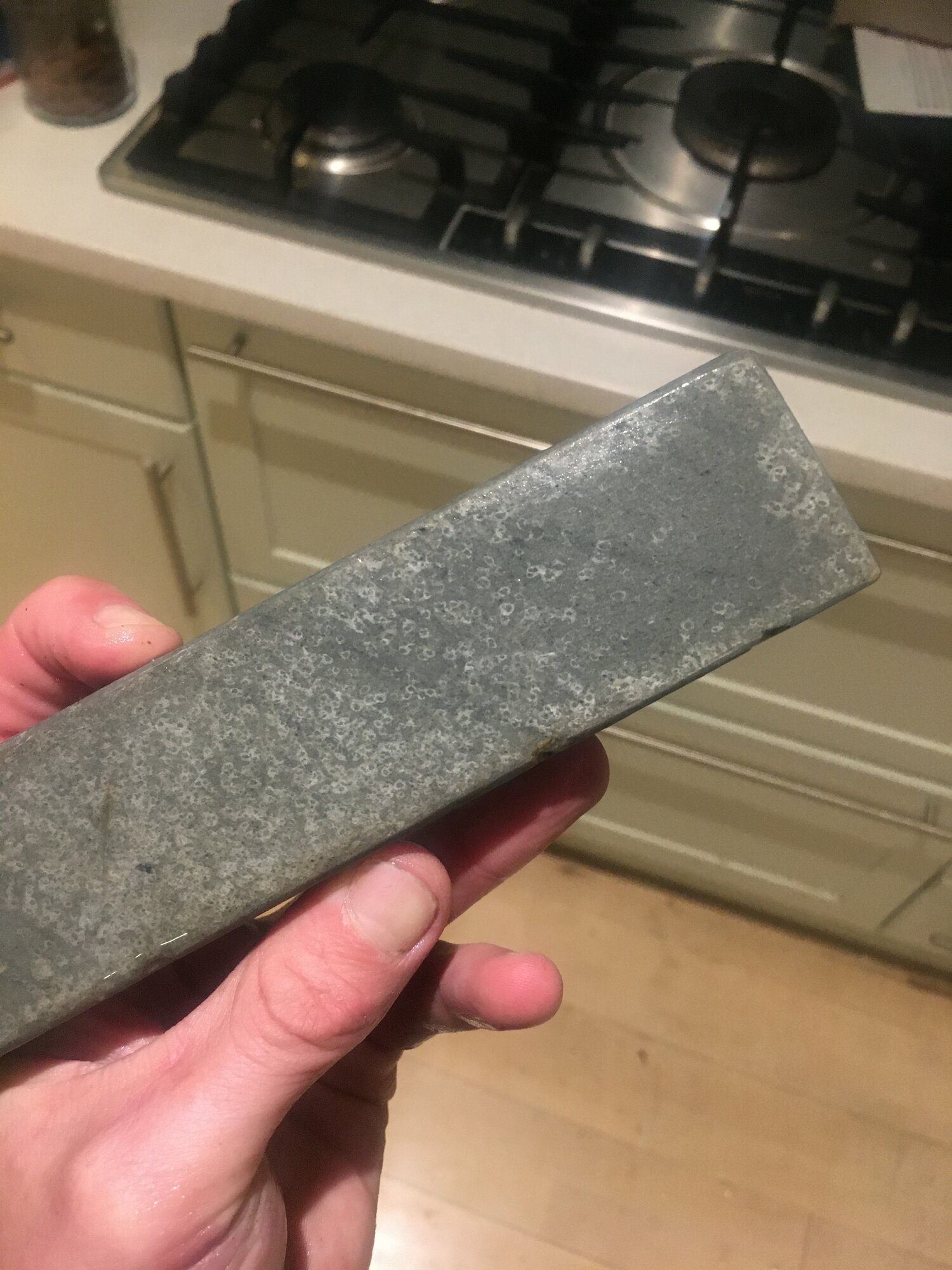 In that picture the bit on the right has been lapped, which has removed the bubbles to reveal the surface below. It's very clearly an Idwal now - those black lines and speckles are dead giveaways.

So what's going on with on with the bubbles...? Here's another closeup with some of that flinty, cherty character too: The bubbles on a Llyn Idwal are a surface feature, and effectively minute, circular, cracking. You can lap through them - they don't go through the stone.

This is now flat, some of the larger bubbles are still visible, but I can't be arsed to go any further: And here dry, after being used with oil. You can see that the bubbles are mostly in the middle, which I've lapped less because it was dished to begin with: 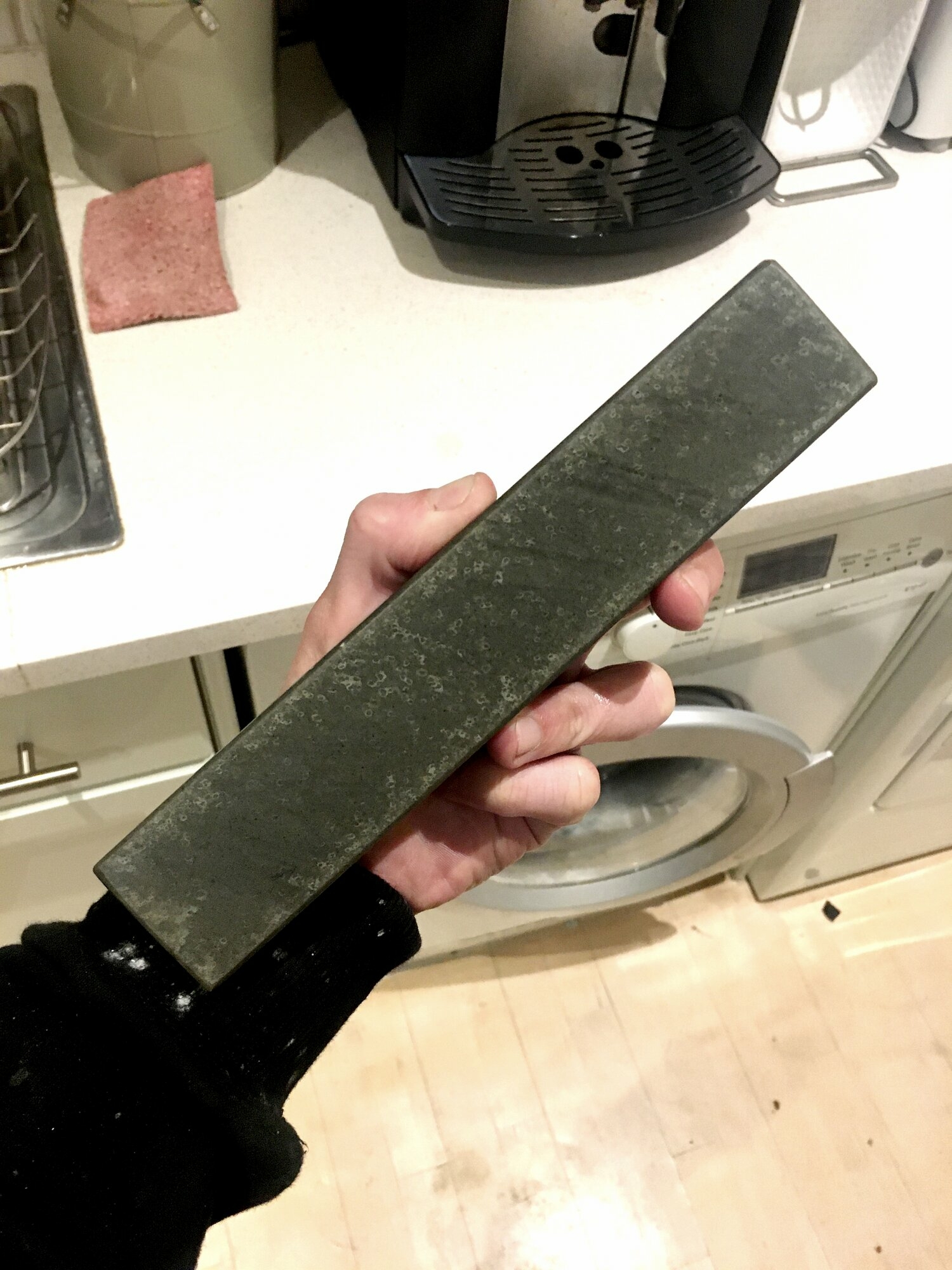 The stone is now *much* finer and slower than it was before; you could finish a razor on this now, it's very similar to a Charnley. Initially I was basically sharpening on a surface that was quite rough due to having very fine cracks all over it. They didn't come away at all - it wasn't flakey - but that's what was happening.

I have no idea what causes this, but I suspect over time it would probably come back if not kept oiled. I imagine something to do with the surface drying out to reveal an aspect of the stone's structure not normally visible or noticeable in use (?)

Interesting eh! Anyone else noticed this before / got any thoughts? I'm sure I can't be the first person to comment on it...
Last edited: Nov 21, 2021
You must log in or register to reply here.

B
What's the likely element I need to fix re: sharpening?
2

B
Is there a another Jnat lurking on the bottom of my Jnat?

Stones Under The Microscope