A warm hello from Europe, gentlemen !

Fresh newbie on the forum but not on DE shaving. Indeed, i started shaving with safety razors in 2009 to 2013, then i stopped shaving & had to resell all my collection for several reasons, and i let grow a full beard until april 2019.
Since then, i've come back to wet shaving and this time is for good.

My favourite soaps are the Italian ones. I use a Simpson Colonel for the brush, i don't need another one. For the blades, i really appreciate the Gillette platinum, silver blue, bleue extra, Feather, Kaï, Treet carbon, Derby premium, etc..

For the aftershave, i never use alcoholic lotions or balms/creams but 3 drops of high quality macadamia nut oil. (1st cold press)

For the look, i don't shave on the mustache area because i always keep a pyramidal mustache, just like Robert Taylor in the movie "Undercurrent" (1946)

I think i've tested enough razors to have an objective point of view, here is the list :

The best memories i have in this 1st period were with the Merkur HD, the Gillette superspeed 'trinity', the slim/toggle adjustable, the single ring, and my favourite, the junior #53...

The worst memories i had in this period with vintage ones were with the new improved Bostonian (a nightmare), and the Mühle R89 for the new ones. (i will never buy Mühle razors again)

This junior #53 was the only one i didn't want to resell back in the days, but i made the mistake to send it in a US company to replate the silo doors.
I' m sure you know whom i'm talking about...
They never sent back my junior, they claimed a problem happened during the replating process. Instead, i received a half bent/damaged aristocrat open comb #15, without asking my opinion/permission !

The junior #51 i bought from a Belgian guy to replace my stolen #53 was apparently in great shape, but it was insanely more agressive than my previous #53 !!
I think it had a big issue which probably came from the opening/closing system because the blade exposure was too much steep compared to my previous #53.
Much more agressive for the skin & in the same time less efficient on the beard than my #53... Its level of agressiveness was almost lethal !

Unusable in my case, but fortunately, i managed to resell it on Ebay with a big warning for the buyer about the problem.

For my 2nd period, i wanted to get razors i hadn't tested before but i also tried to find back a junior #53.

The Merkur Futur was too heavy for me and the shave was like my malfunctionned junior #51..

The Leresche open comb was kind of cool but a slightly too agressive for my skin for everyday/two days shaves.

To me, the 1956 british ball-end Tech #24 (full brass version) is one of the best double edge razors i've ever tested ! I love its smoothess and, in the same time, its great efficiency. For the ATG pass, it "digs"/goes deeper on my beard than any other Gillette model without being aggressive on the skin...
And an other thing i really appreciate with this one, it is that i can use almost any blade with it, the shaving perfomances will remain the same... (which is not the case with open comb or TTO models)

The German tech was rather good but much less efficient than my #24, in my case. I made a trade with an antique dealer and i swap the razor for a genuine Zippo lighter. (always useful to have one even if i've never smoked a cigaret in my life)

That's it guys, it was a bit long and you will probably find some English mistakes. In that case, i apologize in advance, i'm not an native English speaker & and i learned it very lately.

Welcome to Badger & Blade, or as Marco calls us, the finest collection of gentlemen on the web.

That’s quite a list of razors you’ve amassed. Perhaps you might have a little RAD going on? 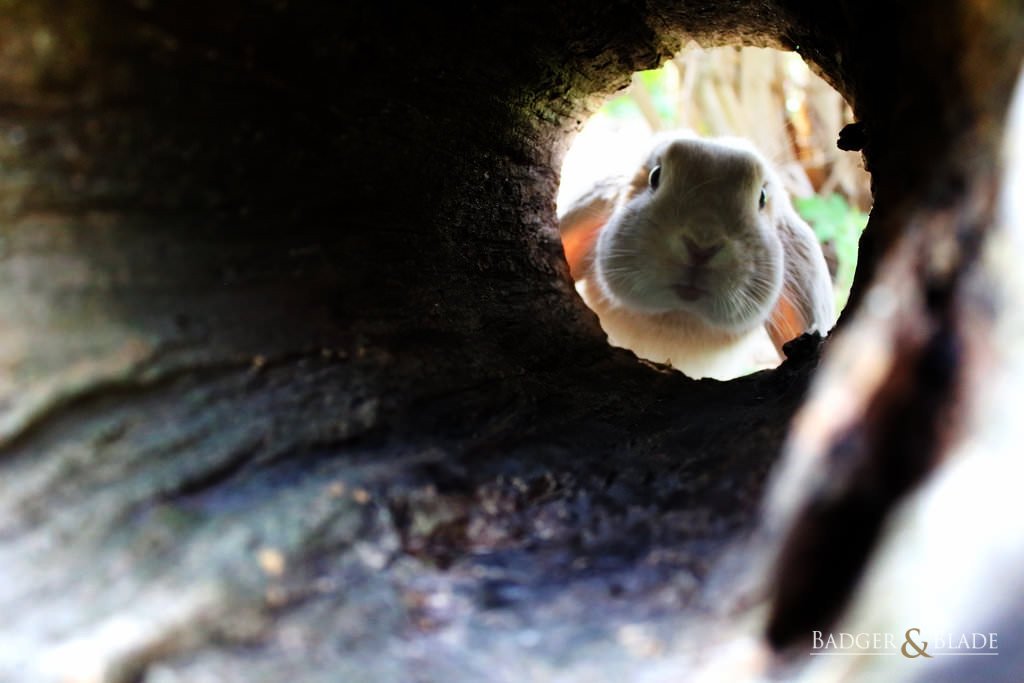 Hello and welcome!
A

TexOkie Shaver said:
Welcome to Badger & Blade, or as Marco calls us, the finest collection of gentlemen on the web.
Click to expand...

Thank you for pointing out, my friend!

And, of course, a very warm welcome to our newly registered member.

Contributor
Welcome to the family! I, too, found the #48 Junior to be one of the greatest shavers — and they are exceedingly tough to find.

Welcome to B&B.
I am sorry to hear about your bad experience with Mühle, but I know it really all comes down to personal experience.
R89 and R41 are two of my favorite razors.

Many thanks to all of you, guys !

TexOkie Shaver said:
... or as Marco calls us, the finest collection of gentlemen on the web.
Click to expand...

I suppose this is the way you call in English a compulsive syndrome for buying shaving products, isn't it ?

Hannah's Dad said:
... I, too, found the #48 Junior to be one of the greatest shavers — and they are exceedingly tough to find.
Click to expand...

Great, so i won't be alone. Totally agree, especially with its original blue plastic box... (which i don't have)

Do you have some favourite blades with it ?

An other thing i really appreciate with this TTO is that you can dissassemble it very easily to clean it up or fixing it, thanks to the 40s superspeed handle...


Lostrazor said:
...
I am sorry to hear about your bad experience with Mühle, but I know it really all comes down to personal experience.
R89 and R41 are two of my favorite razors.
Click to expand...

Nice for you man, because i must admit that they are quite affordable & the quality of their plating/finition is very high !

The R41 is not too much for frequent shaves ? I often read that it can be as lethal as my previous radioactive aristocrat junior #51...

Well i said 3 drops, but it's my individual taste. It depends of the type of skin of the user, the weather summertime/winter, etc...

This oil penetrates the skin very deep & very quickly, without leaving it greasy... But i can't guarantee that it will work for everybody.

It's just like blades : some work well for some guys, and are horrible for others, etc...

Contributor
I enjoyed using Kai blades in all of my TTO’s — the wider blade provided more exposure and thus a closer shave.

I have moved on from all of my TTO’s (including the #48), but I haven’t forgotten how marvelously it paired with a Kai.

Ambassador
Welcome to B and B, @Swingboy8 !

Your English is better than mine. (That's not really saying much, is it my friends?!?)

Welcome to the forum !!

Wiki Team
Contributor
Welcome to B & B, enjoy!

FarmerTan said:
...
Your English is better than mine. (That's not really saying much, is it my friends?!?)
Click to expand...

A kind words, sir ! But i must admit that i have to check very often if my translations will be enough understandable by native english speakers, with online dictionary websites.
It takes a long time each time i write, maybe too long so i'm not sure i will be able to take part regulary on the forum...


Hannah's Dad said:
I enjoyed using Kai blades in all of my TTO’s — the wider blade provided more exposure and thus a closer shave.

I have moved on from all of my TTO’s (including the #48), but I haven’t forgotten how marvelously it paired with a Kai.
Click to expand...

Here again, i agree with you : the wide of the blade can influence the quality of the shave, but i also think there are many more features to take into consideration, just like : the thickness, the rigidity, the quality of the steel, the level of sharpness, the razor you are using with, etc...

To me, each razor was built by making several tests with the blades that were made at the moment the razor was manufacturing. (i'm not sure it's totally clear here

Take the Gillette tech, for instance.

It was released in 1938, if i'm not mistaken. The main blades made by Gillette at this time were the famous Gillette Blue blades in carbon steel.

So i'm almost sure that the talented engineers who created the tech elaborated the head geometry of this razor & its other features with the blue blade characteristics as a reference for their calculations.

And guess what, i tested this vintage blue blade with my tech last week, because i had a NOS package that was still sealed in its original factory wrapping.

Fortunately, the blade still had enough sharpness to be usuable.

Seriously, it's one of the best shaves i've ever had since i began to use safety razors ! The combination of the Blue blade + the Tech was just like if i was shaving with a good straight razor ! Same sensations, very pleasant... Awesome !
More than 12 hours after the end of the shave, i was still fresh & clean i could have got dressed up in a tuxedo & go to the Casino Royal... I can imagine the result if the blade had been brand new & freshly sharpened by Gillette factories !

Too bad they stopped making this brilliant blade, i really prefer carbon steel over stainless steel.

How To Get The Best Performance From A Light Weight Razor?
2

D
Another newbie ahead...
2

A last one for the road ?