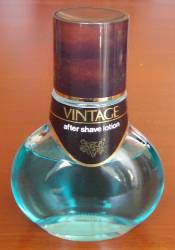 I finished my bottle this morning. I tried to share some of the Aftershave with others so I wouldn't be the only one using it but I've been using it for a solid 2 months as a daily aftershave.

Price: This one is the biggest bummer of all. It's not that cheap but it's not the most expensive either. If you would be ordering this from Japan (as it's not easily available outside Japan), you will pay a higher price. We are probably talking around $30/bottle (AUD). If you can get a friend to pick-it up for you, then, it's much cheaper, of course. My recommendation would be to get a few different Aftershaves if you order this one in order to cut the shipping cost!
Quality: Excellent product, I have no idea what's in the product as I do not read Japanese but this is better than your average chemist shelf Aftershave.
Fights Razor Burn: I don't usually get razor burn but this would be a winner in my books as I don't have red skin post shaving/application.
Cooling Sensation: There's a tiny bit of menthol, not much. I would say it's probably 25% the strength of Proraso Splash. It's nice during Autumn/Spring as it won't cool your face too much!
Scent: Tricky one, SWMBO says it's powerdery but then, anything is according to her (Brut, Pinaud Clubman, etc). I would say there's something fruity in there and fresh. Perhaps citrusy but very mild. Old School type of scent.
Efficacy: My skin doesn't feel too dry or greasy after the application so that's good!
Moisturizing: See above, I think it's perfect for me, I would say I have normal skin.
No Alcohol Burn: If I shaved properly without cutting myself, no burn at all. I'm fairly sure there's alcohol in there. If I cut myself there will be a small burning sensation but never as great as Brut.

Conclusion: This one is great, I won't be rushing to buy another bottle as I need to order a few Japanese aftershaves all at the same time to shave on shipping. I will be missing my Vintage but when I will order my next batch of AS from Japan, there will be a bottle of Vintage in it!