Here goes guys, after 6+ days of using this soap:

Price= The size of the puck was rather small in my opinion (definitely compared to the same price and size of the Classic soap), however due to the quality, I think it is a good price. Quantity does not equal Quality! This is a 65g soap (2.3 oz) and was $6.50 over here in California

Quality= Very good, the nice little intricate box design and the packaging was good. The lather was very rich as well.

Scent= Here is the downside of this soap; this is not a "scent" soap. The scent is extremely faint (aloe vera), so if you want a perfumy, room-filling scent, you won't find it here.

Lather= The lather was very rich and creamy. I could "squeeze" the lather between my fingertips and it would cushion, if that makes any sense. Miles and miles above the Classic Lavender lather I was using the week before! Not "Meringue" amount of lather, but very slick

Efficacy= This was awesome! I had been getting smooth shaves all week, so today, I decided to "challenge" it. I did my usual 2 passes (North-South, and Across), and threw in my first South-North in months (my skin gets VERY irritated by that). And voila, no discomfort or razor-burn at all! Much kudos there, I was very impressed

Moisturizing= I gave this a 7. A 7 to me, is not "moisturizing" per se, however it wasn't drying my face either. A lil' bit of moisture with it. Still needs to be followed by an after shave for sure though.

Overall, I REALLY liked this soap and I can't wait to try their other scents. Try it y'all!!!!!!!! 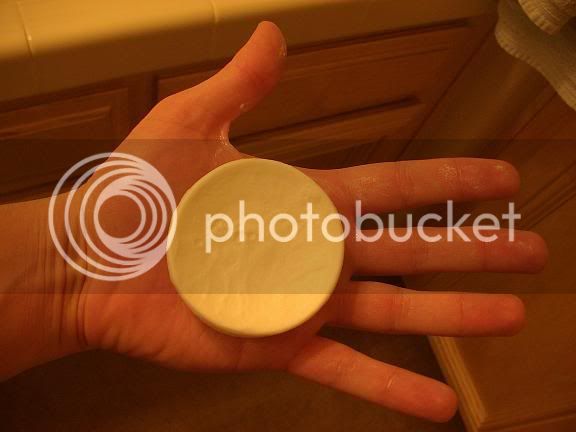 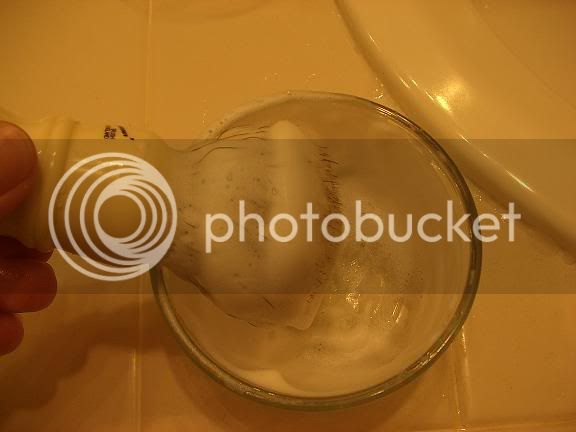 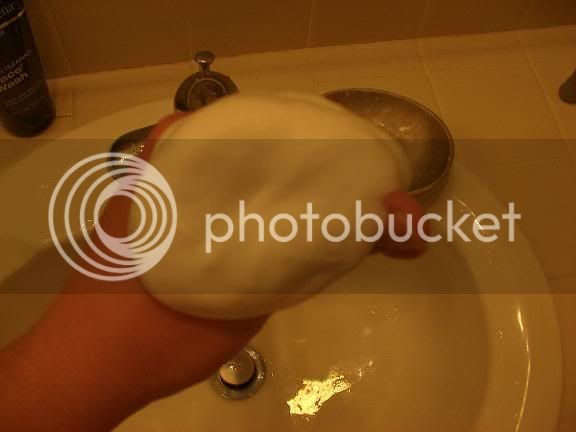 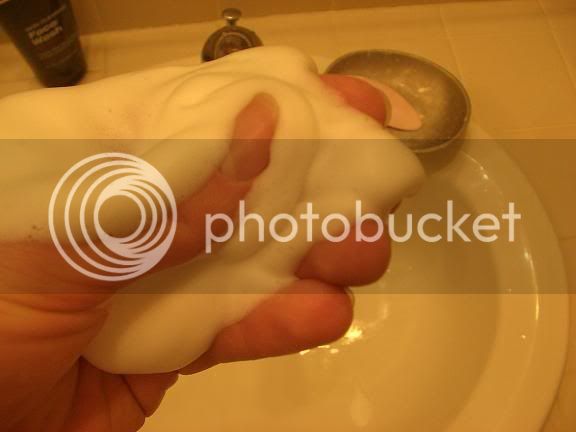 This is my second puck of this soap. I retried it after about a year and I like it a lot.

Quality: Top notch, a very well made soap. Not tallow based, but very good imho.

Scent: Perfect. I absolutely love it, and if there were an AS or cologne with this scent, I'd take baths in it. Very round and balanced, soapy and lightly spicy.

Lather: The soap lathers easily; the lather itself is nice, with enough glide and cushioning. Not on a par with Speick or Irisch Moos, but a very close second.

Moisturizing: I never know what to make of this point, it is a a soap and soaps are not made to moisturize, actually a good soap does quite the opposite. The Mühle soap does not dry out the skin as bad as other soaps, but again, Speick does better in this category.


Overall, it is a very nice soap. Worth the money but not as good as other soaps. The absolute clincher is the smell: now if Mä[email protected] could produce their soaps with this scent.....


Here are the ingredients:

Muehle Aloe Vera soap was recommended to me by a friend in UK. Knowing he had serious problems with skin sensitivity, same as I do, I knew it was a product to look into.

Few clicks away (on Muehle web-shop) and few days later, I received soap, cream, aftershave from Aloe Vera series and alum block. Too bad, alum block package was not suited well for travel so it has arrived all broken down in tiny, useless pieces. Nice people from Muehle have promised to credit me for the alum block value.

Soap is small. I wish I have ordered also the Muehle bowl for it immediately. I have it on order now.

Yeah, the soap is small. Yet I gave it a clean 10 in price department. I think it is really difficult to judge price of such high class product. I would give it 10 if it was double the price.

I know that, being OEM made for and not by Muehle, it may not be to the strictest high-end handmade criteria of the shave soap purists but my impression here is that it was ordered and specified by people who know exactly what they want from people who know how to meet these requirements in the best way. In that sense, Muehle Aloe Vera will satisfy even the most discerning shaving aficionados with sensitive skin.

Scent is one of the most neutral among shaving soaps and creams. This said, it is not absolutely smell free, just the note is light and refreshing mixture of aloe and a mild trace of menthol.

I like the scent of Muehle Aloe Vera. I gave it only 9 because it is not scent oriented. But, it gives a nice fragrance during the shave and lets the after shave or eau de toilette take over without any interference with scent of shaving soap. IMO, that is exactly how it should be. So, reality is this soap is all 10. ;-)

I make lather on skin, not in a bowl. I do it for practical reasons but also I believe I have improved my technique sufficiently not to make mess around the bathroom with dripping lather. I also love the massaging effect of silvertip badger. Yes, I miss the warmth of lather when done in warm bowl... Anyway, Muehle lathers excellent. No, it is not ToBS but reality is that I don't like creams like ToBS - dominating scent and too much lather with zero effort, both things are too easy to break into an allergic reaction on skin...

Even a novice will get a good lather and just a bit of experience and slow addition of water to brush in the process will burst the pure lather joy!

One note about the cream (as I will not write separate review on cream) is that here the difference between the cream and soap is that cream is even easier and faster to lather. Other characteristics of soap and cream and very similar. Other brands I have tried both soap and cream next to each other is Proraso (even though both are declared as "crema") but with Proraso you have two different beasts while with other brand, L'Occitane, soap and cream only share the juniper smell while almost everything is rather different.

I have bought cream to take place in my travel kit (I wish Muehle had a more convenient package of after shave for travel...)

If there is an ideal partner for Feather blades, it has to be Muehle Aloe Vera soap! In my case, this is the winning and the most rewarding combination. No frills, no shills, just the shaving Nirvana!

Again, I have very sensitive skin. This sensitivity was even further increased by number of various blade and cream-soap combinations I have tried. With some (of which few are highly ranked here) I could not even do shaving every day! Three pass shave was something I could do only on rare occasions and even then only with use of pre-shave oil.

Reality is that Muehle Aloe Vera soap has helped me fully appreciate the beauty of Feather blades and to realize how superior this blade is to anything else I have tried!

Of course, Muehle Aloe Vera works great with Derby, Israeli's and Swedes as well. But, with Feather, oh boy!

My usual two pass routine is giving me near BBS but the trick is I know I can anytime do three pass with no fear of sensitivity issues. Aloe vera is indeed a miraculous plant, dunno how else I could explain it.

I look now at the 9 I gave it initially for the moisturizing properties. Am I too harsh? Am I too mild in my assessment? Depends... I gave it 9 comparing it to situation in which I would end up the shave without after shave balm, with just a splash of cold water. Really. Which I don't.

Just after the shave, I wonder if I need any after shave - my skin is sooth and soft almost as I don't need any after shave. This perhaps makes things more difficult to assess the Muehle Aloe Vera After Shave Balm and I will need more time for that!

To sum-up, I have found my present reference shaving soap and cream. Of course this does not mean that I will stop trying other products but reality is that Muehle Aloe Vera raises the bar very, very high, indeed.

An exceptional product. Congratulations to Muehle!

As said on the review of the Muhle Sea Buckthorn, his twin, this is a wonderful soap too!! Moisturizing, creamy and rich lather i'm a fan of it (such as Sandalwood and Seabuckthorn).

This little soap, with time, will arise above some overrated soaps around...Anyway, deserves a place on your rotation soaps!!