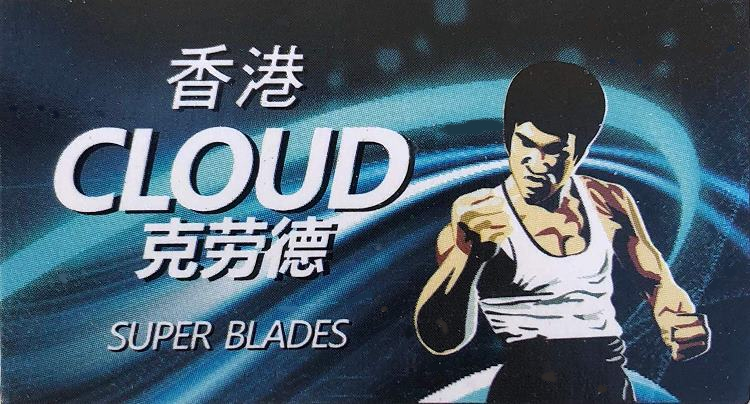 I was initially skeptical and didn't expect good results because, I had read a few poor reviews and I've always been partial to Russian made blades.
Regardless, I'm a Bruce Lee fan so, what the heck?

For my first test, I used a RazoRock SLOC. The RR SLOC is very mild and I use is as my benchmark razor when trying new blades. It’s a fantastic razor and I highly recommend it to anyone who is starting out or to anyone who just wants a nice, easy shave.
I lathered up with Poraso Green which, as we all know, is one of the slickest and most protective shave creams you can get.
My first reaction was, HOLY COW! This blade is incredibly sharp!!! Sharper than Feather blades!
Not only did it clear all stubble in one WTG pass, but it also removed all remnants of lather and water! I'm not sure if the blade was ground at a sharper angle or if the blade was a bit wider (causing more exposure) but, man this is one dangerous blade!
I followed up with an ATG pass and wound up with a BBS with a bit of razor burn.
For reference - I’ve been wet shaving with DE’s, straights and SE razors since 2013 and haven’t had a case of razor burn or a weeper in a long time… for at least three years.

This blade was too dangerous in the SLOC so, for shave number 2, on the following day, I installed the same blade in my Rex Ambassador Adjustable set to 2.
The adjustment mechanism design is clever; unlike a Fat Boy which clicks from one setting to the next, the Ambassador has a tight, smooth, infinite sweep.
Again, I did a single WTG pass and a single ATG pass, resulting in a BBS with only a touch of razor burn around the chin.
By using an adjustable razor, I was able to tame the Bruce Lee down a bit, making for a safer shave.

Two days later, with 48 hours growth, I whipped out the Rex, still set to 2, for a third shave.
The blade now felt like a new Astra Platinum or a new, Sputnik (my two favorite blades). So, I readjusted the Rex setting to 3.
This time, the single WTG and single ATG pass yielded a BBS with no razor burn at all.

Just for kicks, I kept the same blade in the Rex, set to 3, to see how many shaves I could get before I felt any tugging.
Shaves 4 and 5 were just as good as shave number 3.
Shave 6 also produced a BBS but, I had to put in a few extra strokes to obtain it so, without any regrets or complaints, I finally deposited the Bruce Lee into the blade bank.

I often wonder why some blades feel sharp while, others feel harsh and/or dull. In addition, the the sharpness and quality (of the same brand and model) blades can vary from batch to batch.
I suppose, it may have something to do with the lifespan of the factory’s grinding equipment, their maintenance schedule and the quality/hardness of the batch of steel.

In any event, the batch of Bruce Lee blades that I tested were crazy sharp.
If this is the norm, then I'd have to conclude that, while Cloud's Bruce Lee razor blades are not for the faint of heart, they have the ability to produce an exceptional shave in the right razor.
Reactions: edw, Dave himself, aart_jan and 2 others
Share:
Facebook Twitter Reddit Pinterest Tumblr WhatsApp Email Share Link