My girlfriend recently purchased me this shave soap while we were visiting the Ala Moana area of Honolulu. The first thing that struck me when I got home was how I had already seen this soap before. Sure enough, compare the pics of this soap to the ones that Joel posted on the Monterey soap company http://badgerandblade.com/vb/showthread.php?t=896. Like Joel, my girlfriend said that you can watch the whole soapmaking process from inside the store. She purchased the Morning Mint scent for me (as I tend to like mint) and she said that she almost purchased the Honey Almond Oatmeal as she thought it had a nice scent. Hmmm...exactly the two that Joel had in his post.

Well here is the package as I received it. Soap was sealed in plastic and placed in a Koa wood bowl. 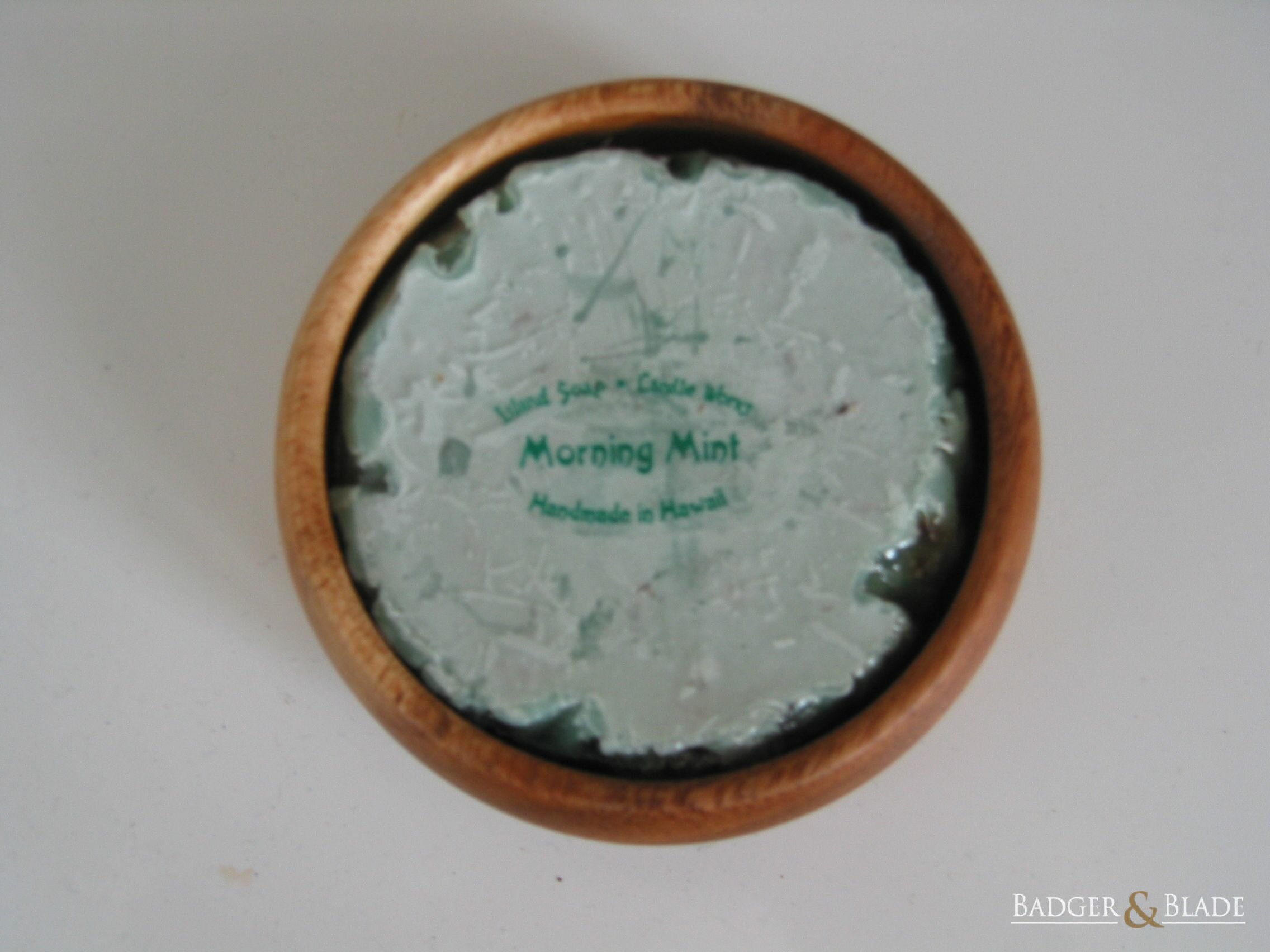 Here is another pic of the soap out of the bowl. Pay attention to the label. As stated before mine was in a plastic wrapper and Joel's was wrapped in tissue. Still the design of the label is exactly the same. 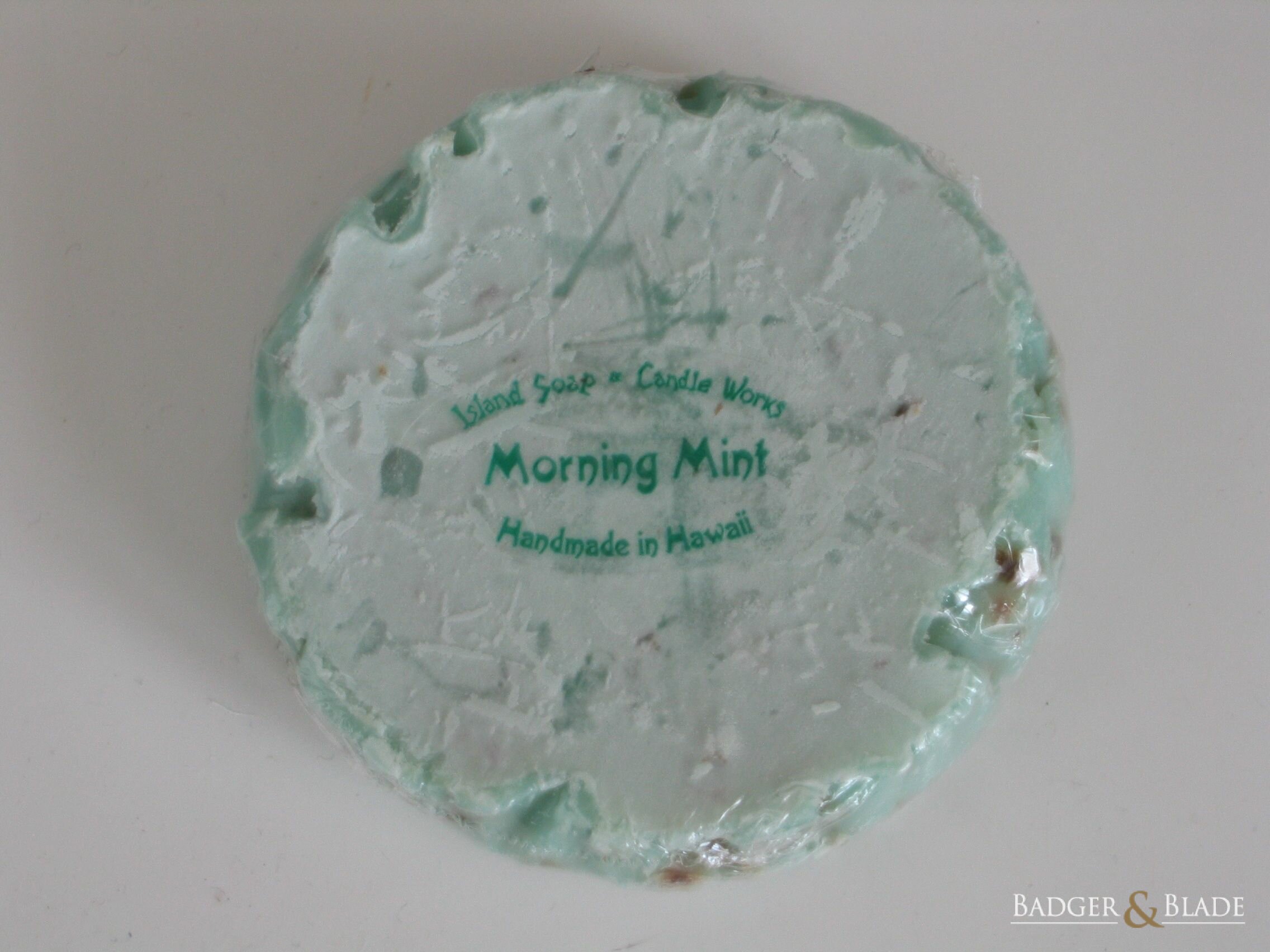 Now for the eery coincidence. Look at the design, shape and color of this soap as compared to Joel's. 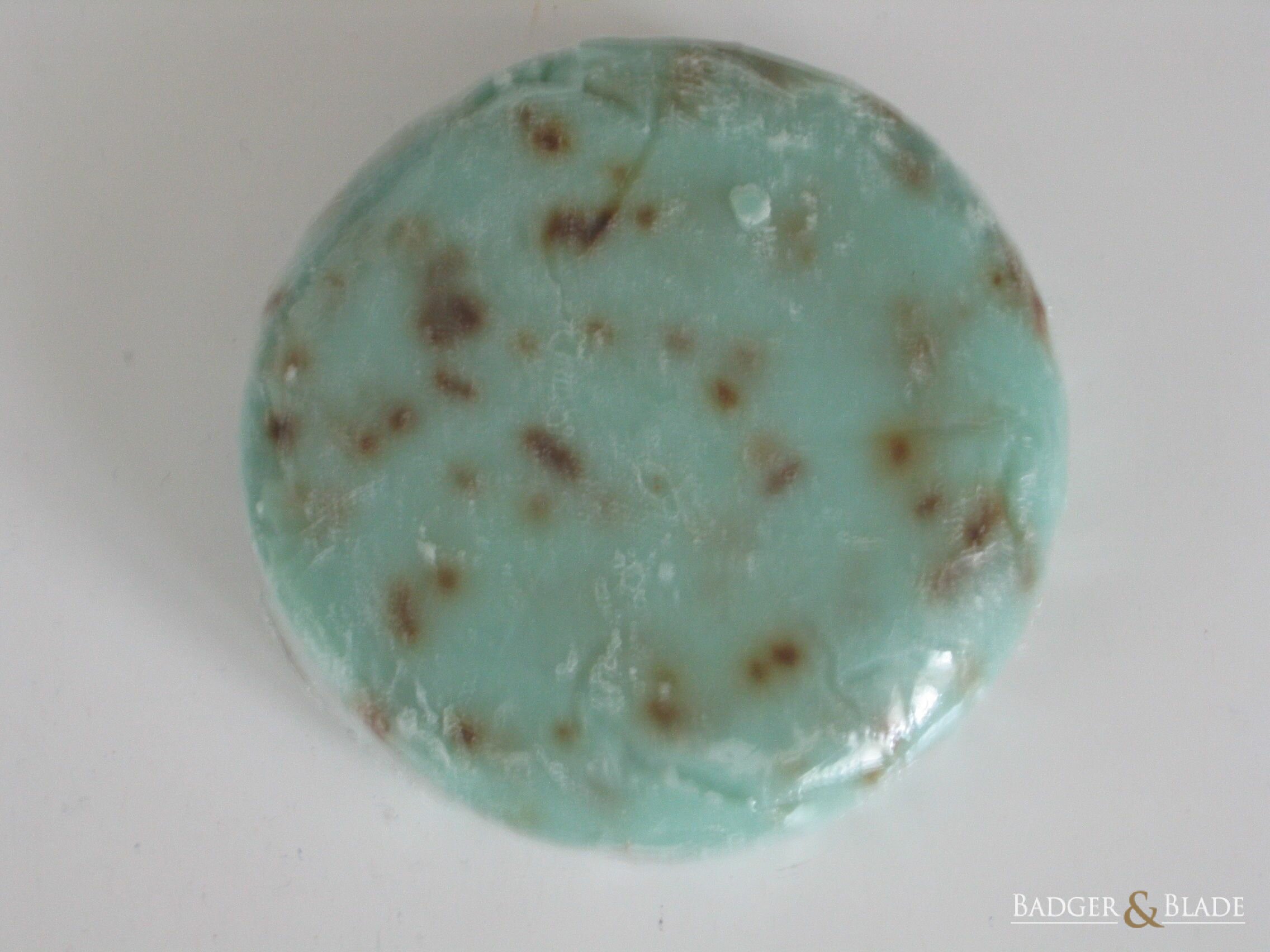 It is exactly the same soap or at least it appears to be. Here is a pic of the nice Koa wood bowl that the soap came in. The entire package with soap and bowl was $11.00 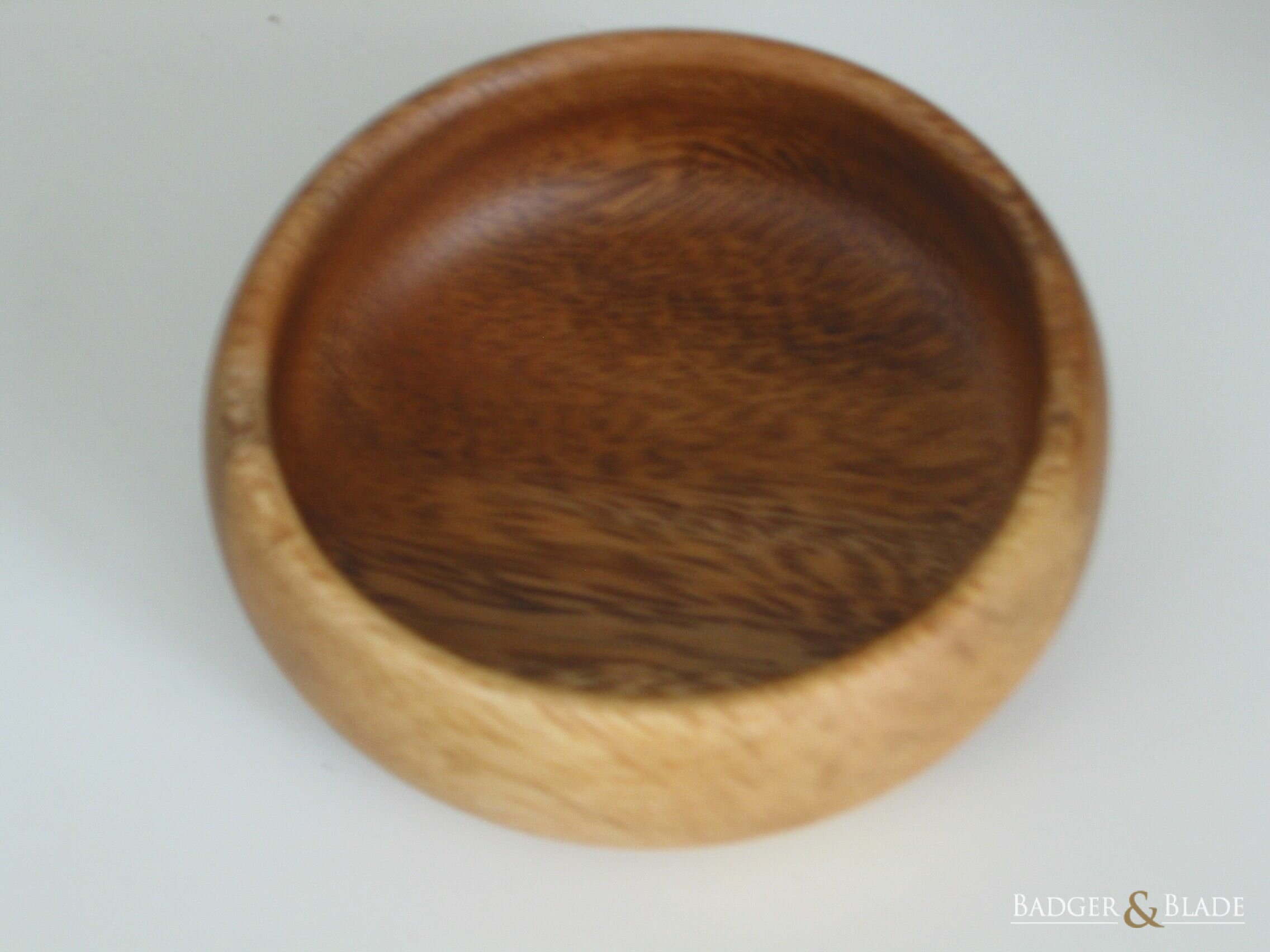 So how does it perform. Sorry no pics of this, but it suffices to say that it performs exactly as Joel described the Monterey soap. It lathers well with a soft brush, but the lather seems to disappear in a matter of minutes. I find that I have to lather only one side of my face and shave as the other side is completely devoid of lather by the time I get to shaving that side of the face. I have only tried to lather directly on my face as I am staying at my girlfriend's parents house on Hawaii and I do not have access to my normal accoutrements (shave bowl, hot pot, etc.) Even though the lather tended to dry out quickly, I was able to put a little water back on my face and finish my shave with no irritation. Overall, this was a much different shave soap than I have ever shaved with. It's OK, but I'll be sticking with the 3T's and D.R. Harris. If I had to give this soap a rating it would be a 6/10.
Last edited by a moderator: Feb 7, 2017

Hey Randy,
Really nice pics and I like that Koa wood bowl.

Amazing coincidence with the Monterey Soap though, isn't it?
C

it looks like a nice soap, but yes, the 3 T's and DR Harris still can't be beat! Tomorrow, I'm posting a thread about soaps and creams to avoid.

I noticed that Joels soap said it was made in Monterrey and your said Hawaii....if they are the same soap, is it possible they are being imported and labled to look like a local soap?

"Our store follows in the tradition of our Hawaiian stores which have been delighting visitors with natural body products since 1984."

I'd imagine that since you can watch them make the soaps, they're probably both legit. They just appear to be the same company, different locations.

"Our store follows in the tradition of our Hawaiian stores which have been delighting visitors with natural body products since 1984."

I'd imagine that since you can watch them make the soaps, they're probably both legit. They just appear to be the same company, different locations.

Oh, you did say they made them in the store...sorry my bad!!
T

I also tried this shave soap - its lousy. Lather dries up on your face to a smithereens.
M

TraderJoe said:
I also tried this shave soap - its lousy. Lather dries up on your face to a smithereens.
Click to expand...

Messing around on my turff Joe? This thread is a year old.

I had this soap years ago too. I shaved with it once or twice and then finally tossed it. Not a good product. Cool Koa wood bowl though. Still have that.
You must log in or register to reply here.