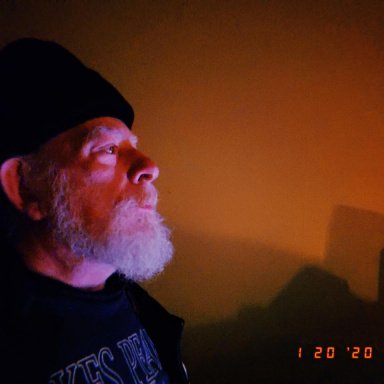 captp has been a member of Badger and Blade since Jun 4, 2008

01. How did you find Badger and Blade and why did you become a member?

I was looking to reduce the plastic waste of disposable razors and was looking for straights. I discovered that they were still making double edge razors, like dad used all his life. I met the owner of Vintage Blades in about 2007 and he told me about B&B. Lurked for a few weeks and joined for the solid info on shaving in general.

02. When you did or if you are working, in general what did or do you do?

Retired since 2009. 37+ years working for the State Library of Pa. in various jobs. Last 10 years as and IT Tech with them

03. What part of the country where you were born do you like the most?

Being a homebody I really like Central Pa. where I was born. 4 seasons, incredible colors in Autumn. But I fell in love with Colorado when I was dating a young lady from there in the late '90s

04. If you could live anywhere in the world, where would you go?

Tough question, but based on the year round Climate, Costa Rica. My sister once described her perfect place; I told her she just described Costa Rica.

05. Do you have any hobbies or pastimes?

I collected Zippo lighters for several years, stopped at about 140. I can't resist a,really nice shave brush; I've probably bought 50-60, gave away 20-30, at about 30 or so now. My favorite pastime is sitting at my spot at the bar in my Club and pretending I'm important.

06. Why did you choose the avatar that you have now?

It's a favorite picture of myself. Sitting at a friends kitchen table, illuminated by 2 candles, Katie said look straight ahead & snapped it. She said I looked like a wise old gnome.

07. If you could choose any person in the world, now or from the past, who would you like to sit down and have a drink with?

08. What is something you'd like to do, but have not had the opportunity to do it?

Travel around the country in an RV, meet some other B&B members.

09. What is one thing or accomplishment in your life that you are proud of?

Growing my hair long enough to cut it all off for Locks of Love, 18" plus $2000 dollars donated by friends, family, Co-workers, and some total strangers.
2nd is bidding up a brush for a charity auction on some strange website

10. What is one piece of advice that you would offer to people in general?

Stop being such jerks (jerks was not my first choice, but that would have been censored).

11. If you could have any super hero power, what would you choose?

Teleportation. Who needs a passport if you can go anywhere instantly?

12. If you had to choose to be a kind of animal, what would you want to be?

A dog. Labrador Retriever. Who doesn't love a Lab?

Many kinds, but I'm a Rock & Roller at heart. The Kinks were the greatest band ever.

14. If you could be any movie character, who would you like to be?

15. If someone wrote a book about your life, what would the Title of that book be?

"Proud to be in the company of Billski"

I love the part where Katharine Hepburn asks Bogey for his first name. Great interview!

One of the true gentlemen of B&B.

Georg, always a pleasure. Thanks for a good read.

Nice interview. That’s a great picture, “a Gnome, wise beyond his years”.

Oh, teleportation, that’s a good one. No standing in line and no travel delays.

Excellent interview, my friend. Before I'm too used up I'm going to see Gettysburg, so I will have no excuse not to look you up. Been through Pennsylvania several times, for sightseeing in DC. Beautiful state.

You are STILL my favorite Disney Princess friend.

Wonderful interview. Thanks for sharing your story with us Georg.

I enjoyed your interview, thank you!

Great interview!! Thank you!
I have to agree the pic is phenomenal!

Classic photo. Wasn't it Ben who said all cats are gray in the dark?

Mr5x5 said:
Classic photo. Wasn't it Ben who said all cats are gray in the dark?
Click to expand...

I do believe Ben said that.
You must log in or register to reply here.