What kind of bowl do you guys use for whipping lather?

I have gone through the contents of my kitchen and bought a couple of bowls which are probably meant for holding a small cake of soap such as this:
http://www.executive-shaving.co.uk/shaving/bowls/shaving-bowl-soap-rn11.php
but is far too narrow to be effective. The best size so far was a small enamel bowl but it let the lather cool down far too quickly.

Moss Scuttle, the last "bowl" you will ever need.

Forgot to say, I'm in England. Do the Moss Scuttle people ship here?

I bought a thick, high-sided soup bowl at Target. I can preheat it easily & then set it in the sink of hot water to keep my lather & brush hot.

Hi John,
In the never ending quest for BOWL-(per)fection, I have two or three goto lathering vessels. For years I used a Mikasa Ultima China cereal bowl. Microwave safe, it served as a container for boiling water in the microwave oven, disinfecting the razor, and soaking the brush, and all of this before beating a lather in it. The pattern, named (oddly enough) YARDLEY, was fluted and really maintained heat beautifully.
Convinced that I had not achieved BOWL-(per)fection, my younger daughter gave me a Christmas gift of an IMMENSE coffee cup-shaped mug (suitable in size for serving stews or bathing the kiddees) made by Bellagio. It too was made of some sort of pyroceran material and also has many of its predecessor's qualities.
For those times that I find myself on the road, as opposed to in the road, I have a small ceramic bowl suitable for whipping Crabtree and Evelyn Sandalwood Shaving Cream from the tube in my motel or hotel room.
Here's a photo of the MUG. Note the T&H Classic Aftershave Balm bottle next to it for reference. 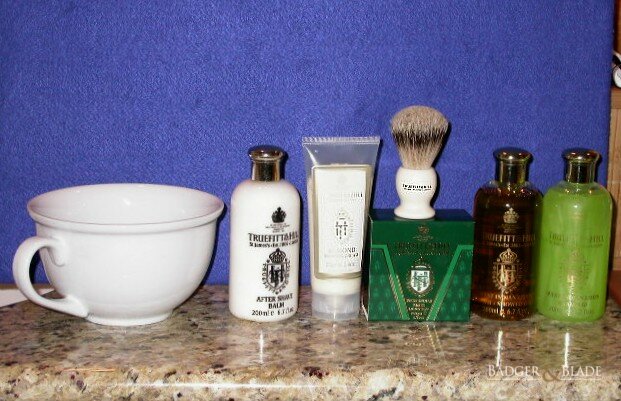 Should you request, I'll stage a Famiuly Photo of the three vessels and post it for you...
Last edited by a moderator: Feb 7, 2017

For now, I use large bowl, just like Ron described. I have ordered Moss Scuttle from Sara. Scuttle is in the works, should be in the mail next week, but the receipt already came in at $65 USD. A bit pricey, I would say.


It better be good.

Just like a few gents here, I have a ceramic bowl from Target. I believe it's the same brand as Scotto's.

My "Moss Scuttle" was $70.... I dunno.... maybe she doesn't like me, but for the immense cost of shipping the scuttles (I presume due to weight/amount of protective packaging required, etc) shipping to England I am sure would be a small fortune... do you happen to have a local potter that could "dupe" it?

I was using an apothecary mug I got from Em's place. Now I use the Moss scuttle.

joel said:
My "Moss Scuttle" was $70.... I dunno.... maybe she doesn't like me, but for the immense cost of shipping the scuttles (I presume due to weight/amount of protective packaging required, etc) shipping to England I am sure would be a small fortune... do you happen to have a local potter that could "dupe" it?
Click to expand... 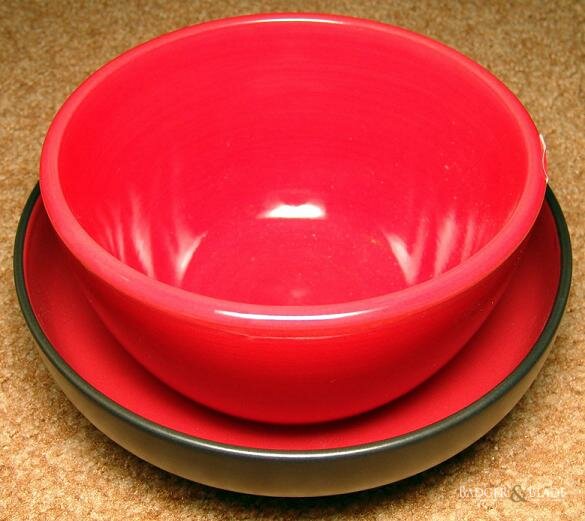 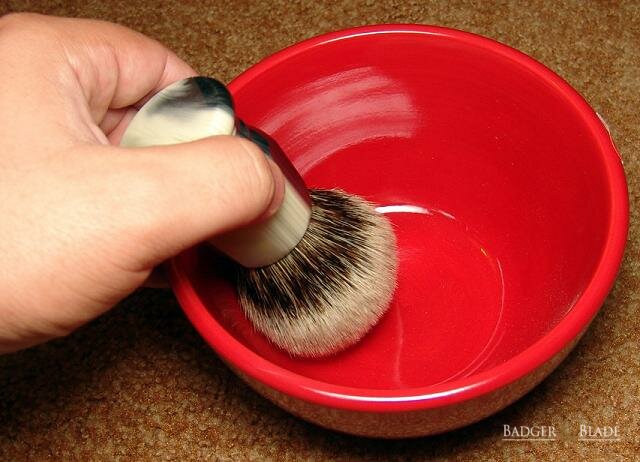 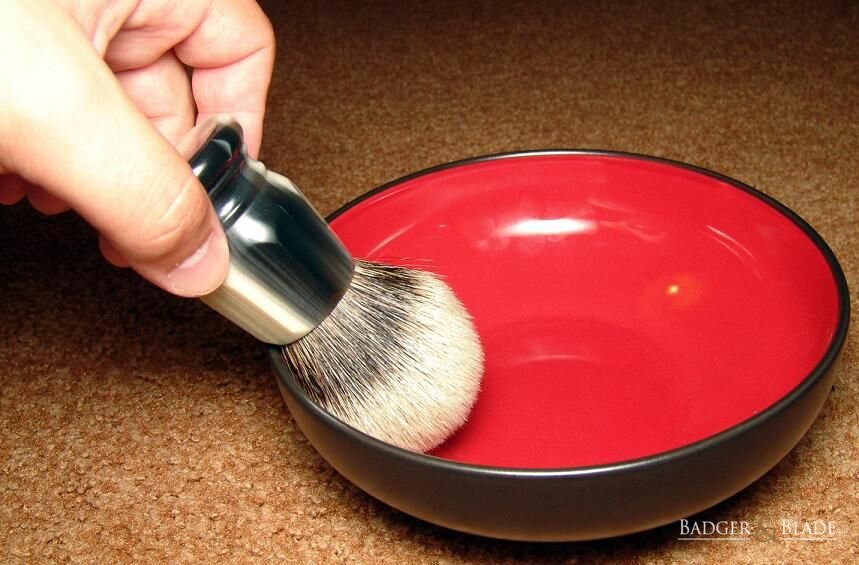 I was extremely fortunate. My home came equipped with several multi-purpose bowls.

I hope your brush floats.

Is that the "wall mount" bowl?

I wonder if that bowl works north and south of the equator??

KUJO said:
What's really cool is how it automatically whips up the lather in a clockwise swirl
Click to expand...

But if you're south of the Equator, it swirls counter clockwise......

I wonder what would happen if you were on a boat & flushed the instant before you crossed the equator??

Thank you for all your advice. As much as I like the Moss Scuttle I think its really too expensive although its probably of first class quality. I dont like spending more on shipping and import tax than the item costs in the first place! I dont know any potters unfortunately.

I like the idea of a soup bowl, Id never thought of that (probably because I dont currently own any soup bowls). I tried a couple of cereal bowls and theyre too big. I did try a coffee cup as I like the idea of a handle; perhaps Ill try a giant cappuccino cup, I should be able to find one in London. It looks like Im going to have to get a series of bowls, six razors, 4 brushes, countless soaps and creams and Im now going to start a bowl collection. BAD anyone???

Want a bowl that can provide hot lather at bargain basement prices? 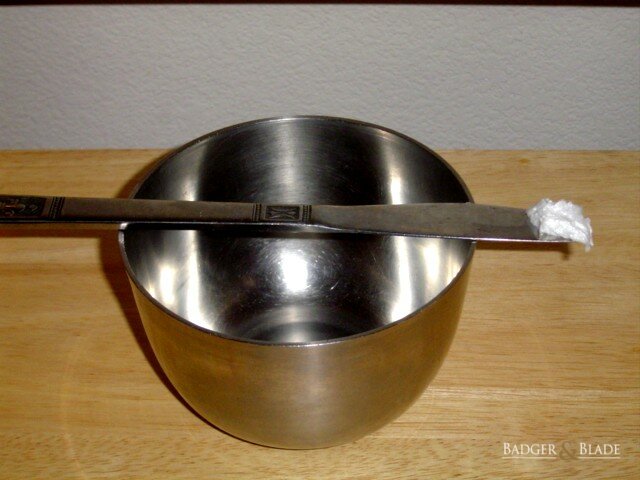 A simple stainless steel mixing bowl. Whip up your lather, and between passes, turn it at an angle and run hot water over the bottom. I picked this up at a thrift shop for less than buck! Guaranteed to satisfy!

Randy
Last edited by a moderator: Feb 8, 2017
You must log in or register to reply here.

Quick test for lather slickness when I bowl lather or from lather from brush squeezed out.

oldie but maybe not so goodie