Received my Rocnel SE P Open comb razor today. Had four days facial hair growth so got to give it a try tonight. Installed a half Shark DE blade. The razor came with a good handful of these blades so I figured I would try one of them first. The blade installed easily enough and once I got it aligned perfectly I snapped off the tabs that stick out the sides. One thing to be cautious about is that the razor blade is just a tad wider than the razor head so if you don’t center the blade good enough one side might stick out enough that it could bite you. When the blade in installed / centered properly though you would have to be very careless or be trying to cut yourself to do so. I tested it on a pumpkin and it took effort to get nicks or cuts.

The first shave impressions.
This razor is more aggressive than I thought. It’s a very efficient shaver and I got a lot of feedback letting me know that it was cutting. First pass was smooth and extremely efficient. Quite good and if I was in a rush, one pass would have been sufficient. Second pass, I could feel more of the blade, much more feedback and seemed more aggressive across the grain. DFS already but I still went for third pass against the grain. Against the grain on this third pass this razor with this blade felt very aggressive and I had to really lighten up on the pressure. A few touch ups and I got a BBS shave.

Feedback from Alumn block was moderate but there were no cuts, weepers or creepers. Got no burning from aftershave afterwards. No razor burn and my skin on my face is so soft.

Gotta say that the way the half DE blade is installed in this seems to make the blade stiffer than a DE blade normally feels in any of my DE razors.

Also as a bonus. This Razor came with a stainless steel stand that I was not expecting.

This was a fantastic first shave and I am quite impressed. Should be interesting to see how other blades do in this razor. 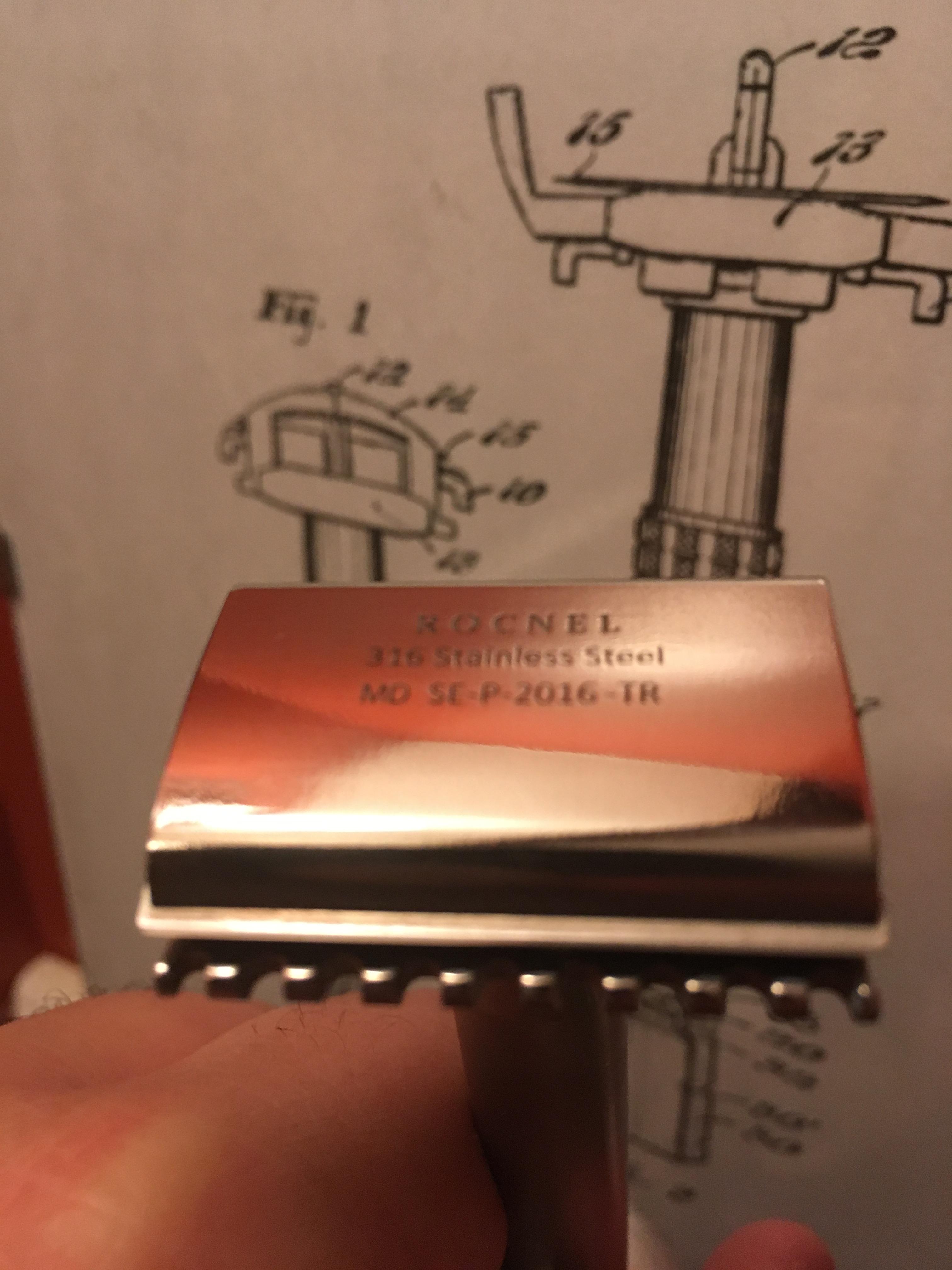