Many people are familiar with the long-running Gillette Tech series of razors. They're cheap, plentiful and well-made. This particular review is about the earliest of the Techs-- those with triangular guard holes and flat profile safety bars.

The majority of Techs on the market date from after WWII and have bowed profile guards/lower plates with round corner rectangular openings. These are generally mild razors. However the early Techs, those made before and during WWII, have triangular guard holes and flat profile guards/lower plates. This difference creates a little bit bigger blade gap and, according to some, a slightly more aggressive shave. I agree with that assessment. 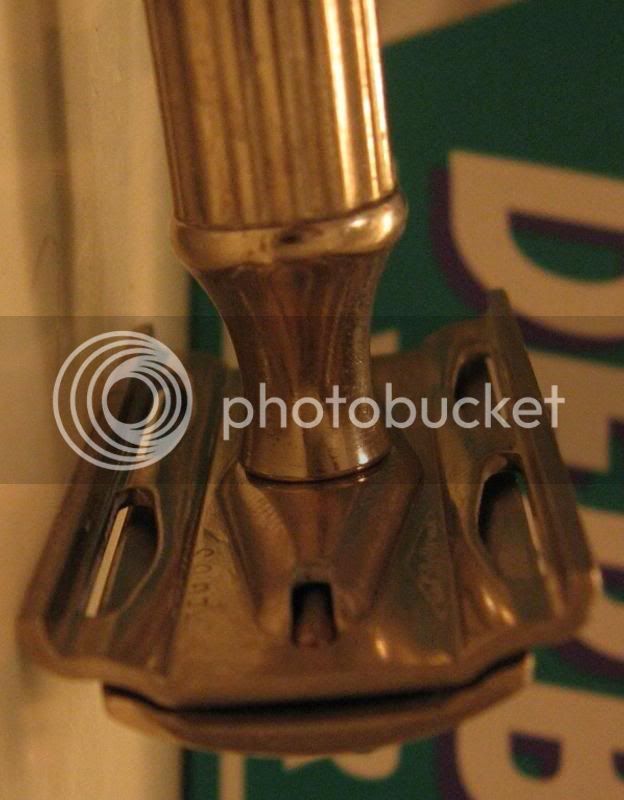 First-- the guard bar has semi-triangular holes rather than rectangular ones. Second, the guard plate viewed from the cide has a flat, rather than curved center section. 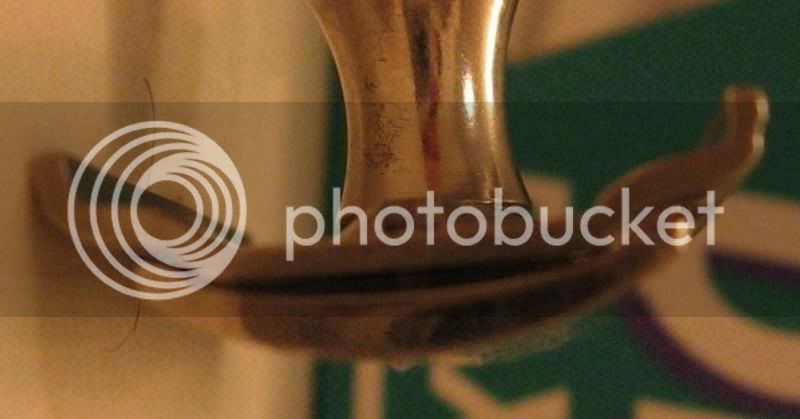 Pre war Techs can come with either ball handles or "fat" handles. Wartime military examples often having a black plastic handle unique to that model. This sort of close examination can help you pick out an early Tech, if you're looking for it.

Some people tend to group these early Techs with later ones, but my view is that they're somewhat distinct because of these features and because seems just a step more aggressive to me.

The razors have the normal 3-piece construction the Tech series as a whole is famous for. They have the "bar and slot" type blade clasp, like many other designs from that period. The shaving experience is generally mild, though it seems a bit more aggressive than the later Techs. The larger triangular holes also allow more of the lather to pass through the bar. They seem to avoid clogging slightly (though not much) better than the post war Techs. They are lightweight razors, though in the fat handle variety do have a bit more heft than the usual Tech. The quality of the workmanship is generally quite good. They can be found for prices similar to other Techs, usually because the seller doesn't recognize the subtle differences.

Pros: price and aggressiveness
Cons: handle size
I love this thing! This provides the best tech shave ever. I was able to get a DFS on my head and BBS on my face routinely and no nicking. My biggest complaint is the handle. I have large hands and these short handles are bit harder to maneuver for me. It's easy to grip, but hard to wield.

Pros: Smooth, forgiving, comfortable razor
Cons: None
This razor is a favorite and is always in my daily rotation of razors. The FH Tech has excellent weight and size. It's easy to use and to find the correct angle with. When I get new or unfamiliar blades the Tech is the go-to razor for testing blades.

The Ball-End version of this razor is equally as good. I like both handle designs but find myself using the FH one more often.

Two pass BBS shaves are my goal and the Tech delivers every time with any blade I have tried.

If you find the Tech to be too mild for your tastes the great thing is that you can "shim" the blade and increase the efficiency of the razor easily. Just take an old DE blade and trim off the sharp edge from each side with household scissors and this is now a shim which you place under the full-sized blade. I have seen and heard of using up to four shims to get the shave right.

I generally use one to make the Tech shave about equal to the SS razor.

If you don't have one get one, they can be tame and docile or wild and aggressive depending on how many shims one uses. It's the manual version of Gillette adjustable razors.

Pros: Everything
Cons: nothing
My daily shaver. Mine is a 30's model and is as simple as a rock, easy to use with any blade I try and never lets me down. I would recommend this to anyone wanting a great pre war shave experience. Lather up some good ol' Williams and let 'er rip-like I do! Find one in good shape and it won't disappoint.