Safety razor parameters around the blade cutting edge are illustrated and defined here by Badger & Blade (B&B) member ShavingByTheNumbers. The comprehensive illustration shows the blade and shave planes and the parameters that follow, applying equally to double-edge (DE) and single-edge (SE) safety razors. Details are included.

The author hopes that this document will become a standard reference for DE and SE safety razor parameters around the blade cutting edge with respect to neutral-, steep-, and shallow-angle shaving. 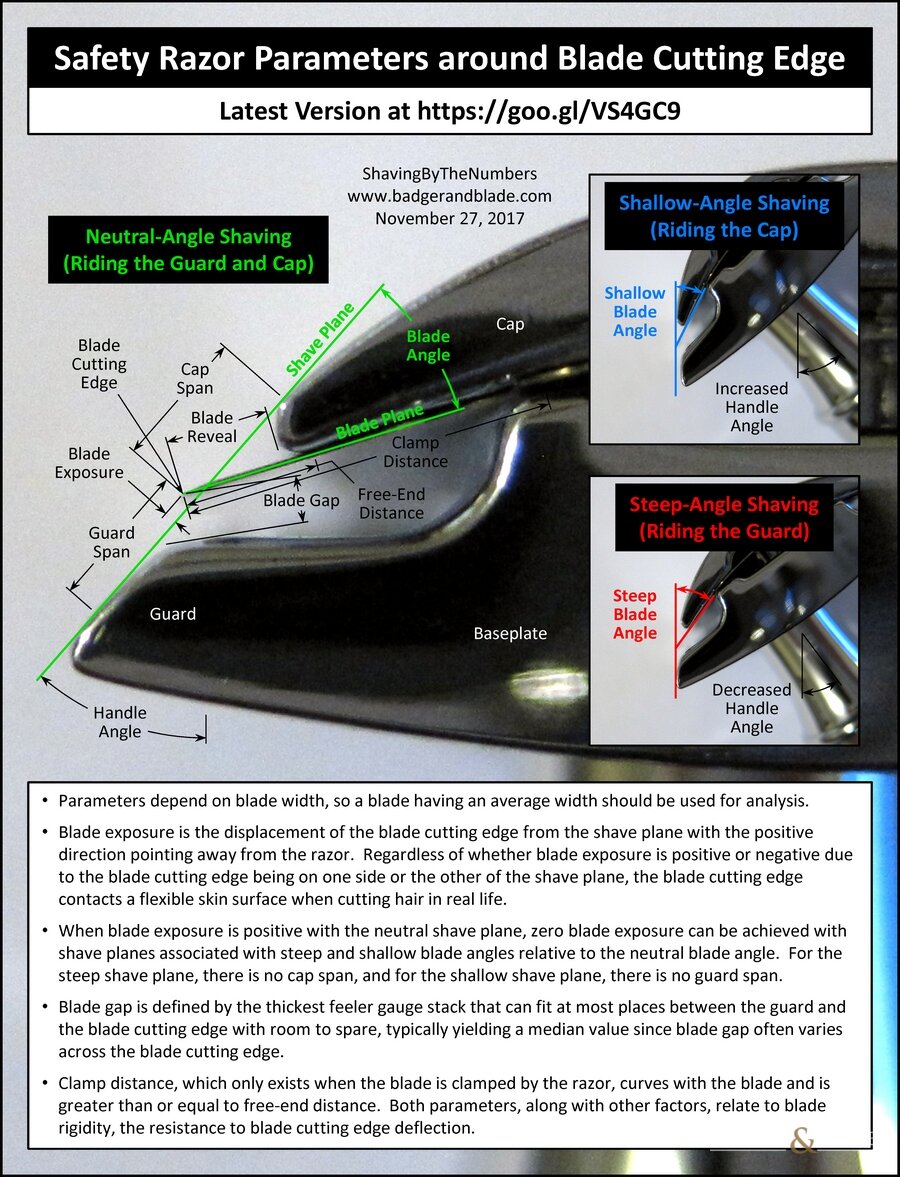