I'm curious as to if I may have gotten a fake bottle of Green Irish Tweed at the store the other day. It was discounted, to $90 for a 4oz bottle for one reason or another, and for the life of me I can no longer find the box for it.

However, here is a picture of the sprayer nozzle. It appears from what I found on basenotes it might be fake as the spray mechanism is 2 colors and I believe a true bottle is a solid black for the nozzle and stem that attaches to the bottle.

Here is a picture

Now that part that keeps pushing me to it being authentic is that I have a new bottle of coolwater sitting beside me, and I can definitely tell that the GIT has more of a grassy note. I can also distinguish the decant I have of GIT from the Coolwater, and note that my bottle only slightly differs from teh decant, which could be attributed to batches in production for Creed.


Could anyone who has a bottle of GIT confirm or deny the stem & nozzle color? Is yours two-tone, or single black?

Send a pm to Scentementals on basenotes and he can tell you if you have a fake or not.

Here's a picture of mine. 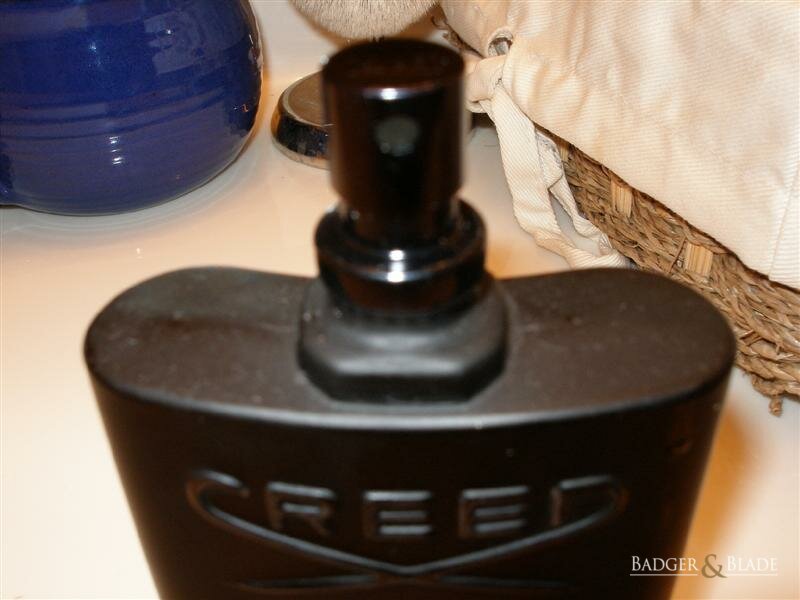 Thanks. I've been testing it against the Decant I have, and for the life of me, can't really tell much of a difference, other than the scent being slightly lighter than the decant, but again I believe it smells real, and seems to have the longevity that the decant does as well, which is around 4 hours where I can still smell it, and apparently another 2 hours where others can smell it on me.


On another note, has anyone tried Creed Original Santal? I really like it, and the few girls that have smelled my sample about "lost their composure," so I'd say I'll be picking it up in the next couple days.

Rob, why not contact Creed directly instead of guessing.

Well I've come to the conclusion that either they did a change in production, or its a very good forgery. The girl at the mall couldn't tell by scent if it was real or not, so I'm happy enough with that.

Just found this. You may want to take a look:
http://community.basenotes.net/showthread.php?t=186334&highlight=fakes

This is the list when I did a search for "fakes"
http://community.basenotes.net/search.php?searchid=30285

Hope this helps.
You must log in or register to reply here.