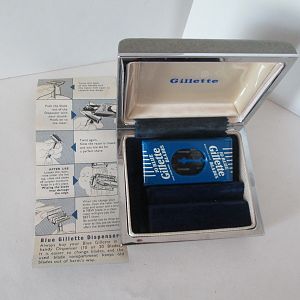 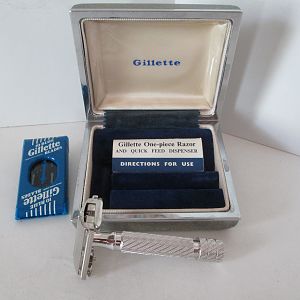 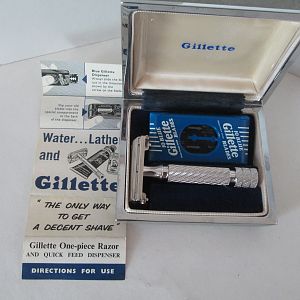 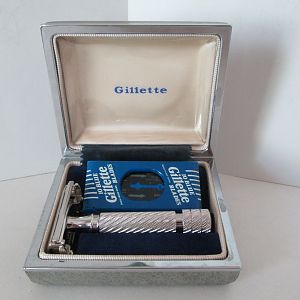 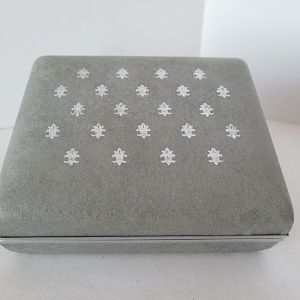 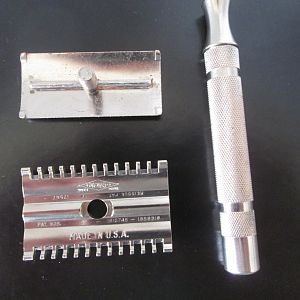 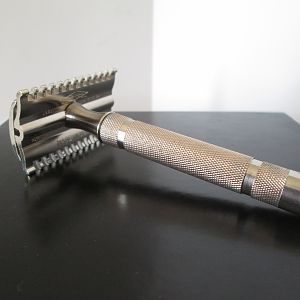 This British #70 Set (1958-60) was owned by Roger a British WW II Vet. His grandson Mike told me that Roger received the razor in 1965 as a retirement gift from his employer. Mike said Roger was eccentric and never used this razor or other gifts for fear of damaging them. Roger passed at 92.
Click to expand...
There are no comments to display.

Flash
Off, did not fire