Who are you? CURRENT PICTURE A MUST

BudgetShaverGuy said:
Me having a bad fur day

That’s the purpose of this thread.

My wife and I right before I retired in Lake Tahoe. 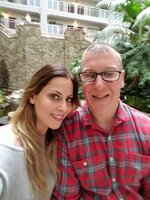 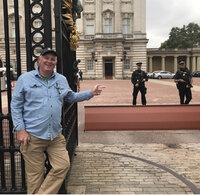 Socially responsible. Damn I hate those masks.
Guards at Buckingham Palace are a no nonsense crew.

Acmemfg, you have a nice house. You must be rich to have armed guards at your front gate

Just wanted to say that it is good seeing some of your faces.

Straight razor shavers are different from the SE and DE crew.

Some of y’all speak about shaving, honing, and different topics.

Some (like myself) sometimes post pictures on shave off the day, and kinda talk or vent a bit...so it’s not just a picture only thrown up there.

It is nice seeing who is posting and helping.

And it is nice putting a face to a username.

jherm77 said:
My wife and I right before I retired in Lake Tahoe. View attachment 1167755
Click to expand...

Super close to Sacramento and Tahoe.

Super close to Sacramento and Tahoe.
Click to expand...

My wife is from Sacramento and I lived in Vacaville then when stationed at Travis.

I try to practice going thru life anonymously as possible, I will give this nugget to my brothers. Me, a few days ago enjoying a medication vacation following a anterior hip replacement. Total success and walking, with effort, while using a cane. Already graduated the walker. The first picture is a week earlier enjoying one of my pass times, searching the flea market fields of Florida for items to fill empty spaces in various collections. SWMBO is there somewhere in front of me. 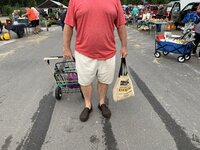 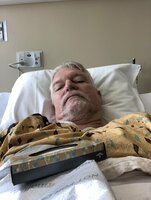 Is that the 32° change in the state of matter or the 98.6° change in state giving a millennial constructive criticism

I’d rather spare everyone the visuals, not for sensitive viewers.

ajduplessis said:
I’d rather spare everyone the visuals, not for sensitive viewers.
Click to expand...

Don’t just post here so you can get notifications when others post, so you can see THEIR pictures.

Don’t worry, we are all straight razor shavers.

We are not the “thenthitiff” type. 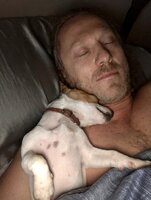 Thats a cool collar you are wearing.

But why’d you call your human that? 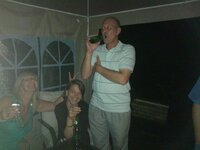 This is last week with my oldest, Vybez (pronounced vibes). Last 7 months have been bittersweet. spend about 10-15hrs a week training her and her little sister, Lazer, on the local pitch getting ready (since april).

Before this we were spending even more time, between outdoor, futsal and outside training. Luckily that post work commute ended in march. No more driving an hour to practices at 4 and coming home at 10:30pm with them. The juice was not worth the squeeze imo during the end of summer for club. My daughters busted their you know whats with me when rona went down while most of their teammates had their thumbs up their you know whats. So we ditched the club and are currently clubless. Feels nice to have time back, but gotta get them guesting somewhere for games after the winter. The dissolution of DA alongside of covid really mucked up our spring plans.

outside of work lately, i do about a 10K 4-5 days a week, not the fastest but usually about an hour and change on average, not bad for someone my age, size and my shape. Coming off a broken knee, clavicle and messd up shoulder ligaments over last few years hopefully can keep it up for a long time. Usually i overdo it and injure myself and everything goes south. My wife usually comes with me. And my kids. Its an impressive family affair imho. Wouldnt have been possible before rona. Been working battle ropes with the girls in the backyard and theyve gotten way better at skateboarding while i watch them trying kickflips and whatnot. Hopefully we’ll get out on the boards this winter instead of futsal tournies across the northeast/midatlantic.

Been playing a lot of Hive last couple of weeks with the fam while enjoying some tasty bevs and eating well. Wish i had enough time, space and resources to do some more stuff, maybe in the future when the girls are older and out of my hair.

Speaking of hair, Decided to grow my hair out long again and try out some viking style braids. Almost long enough, but not quite.

My name is Tom. I enjoy cold showers, 5/2 fasting, triathlon and a round of golf. I fund my wet shaving acquisitions by managing construction projects. I’m a bilingual German/American/Australian that lives in Melbourne. My photo was taken by a 3 year old (not pictured). 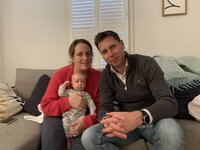 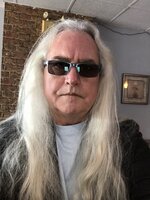 3 years ago, wife and daughter. The latter is my BBS instrument with tolerances of less than 0,00016 microns, she’s got very high expectations. 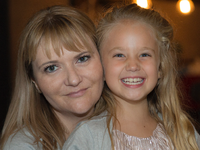 Contributor
I was born in 1967. The photograph is taken about a month ago. I’ve always had a great interest in history and spending as much time as possible outdoors in the wonderful Swedish forests and mountains where I find God and serenity. The love of my life passed away in early 2016 after having fought against cancer for years. I am the very proud and loving father of our 12 year old son (my cub).

The Cub and I too are lucky to have a gym in our basement.