which bay rum to try after VIBR?

Hey everybody. Still new to the aftershave game. I'm about to run out of my first bottle: Clubman Pinaud Virgin Island Bay Rum.

I like it a lot. I was wondering what to try next. I know there are a lot of bay rum threads, which I've read gratefully. But I was hoping to get some recommendations specific to the following criteria.

I'm pretty sure I want what I consider to be a "traditional" bay rum profile: alcohol (I like the sting), plenty of clove notes, etc.

I wouldn't mind a glass bottle.

And finally (this may seem dumb), I like a product with an old-fashioned look (you know, an old-timey label) and that maybe even be an actually older brand.

So what say you? I could try Superior 70 (which is old-fashioned looking in a pleasantly 1970s way). But it's not clovey, or is it? And it's in plastic? Captain's Choice is highly praised here, but is it traditional (clovey, alcoholic)? And the bottle doesn't say "old barber shop" to me. Ogallala checks some boxes, but it's not a trad scent profile either (no clove), right? Or I could just stay with VIBR, which has everything except the glass bottle.

I would say substance over form

Taylor of Old Bond Street Bay Rum, plastic bottle, not super cheap but for me the best one since Dominica is off the market.

Superior 70 is great. It's fairly cheap but in a plastic bottle. It's a pure bay scent with no clove, though.

Dr Harris ticks all your boxes

If you can get some Vintage Avon Bay Rum you would be thrilled with it, I think. The best I've ever tried. Captain's Choice is truly the closest thing to it for me. Very close.
F

Thanks for all the advice, fellas. Lots to consider. Maybe I'll just end up trying several.

Almost asked, "how would you compare Captain's Choice regular with Cat o' Nine Tails?"...then found a half a dozen threads here on that question.

Lack of clove in CC puts it off my list, and same goes for Superior 70, but maybe it shouldn't? They aren't crazy expensive. I do like my VIBR, but I could widen my horizons. Taylor sounds perfect, though it's inching up the price scale. Atomic Age sounds a little frightening and I'm not crazy about that octopus. But hey why not. And there are bottles of Avon from the 1980s on ebay for not a ton of money...though I'm not quite over my reluctance to buy a bottle that has been sitting around somewhere that long.

Harris and St. Johns are tempting but pricey. They'll go on my gift list.

foppy said:
Atomic Age sounds a little frightening and I'm not crazy about that octopus. But hey why not...
Click to expand...

I think it's a science fiction monster...not sure if that is better on not... 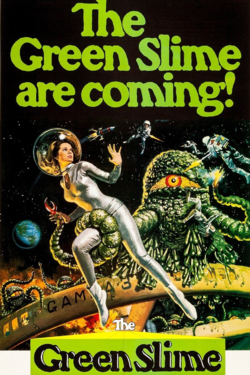 For a traditional Bay Rum, there is a barbershop brand such as Gabel's. You would have to put it in glass, though.

There's a more expensive one called Grand Bay. Just bay oil and alcohol, though bay oil does remind some people of cloves. 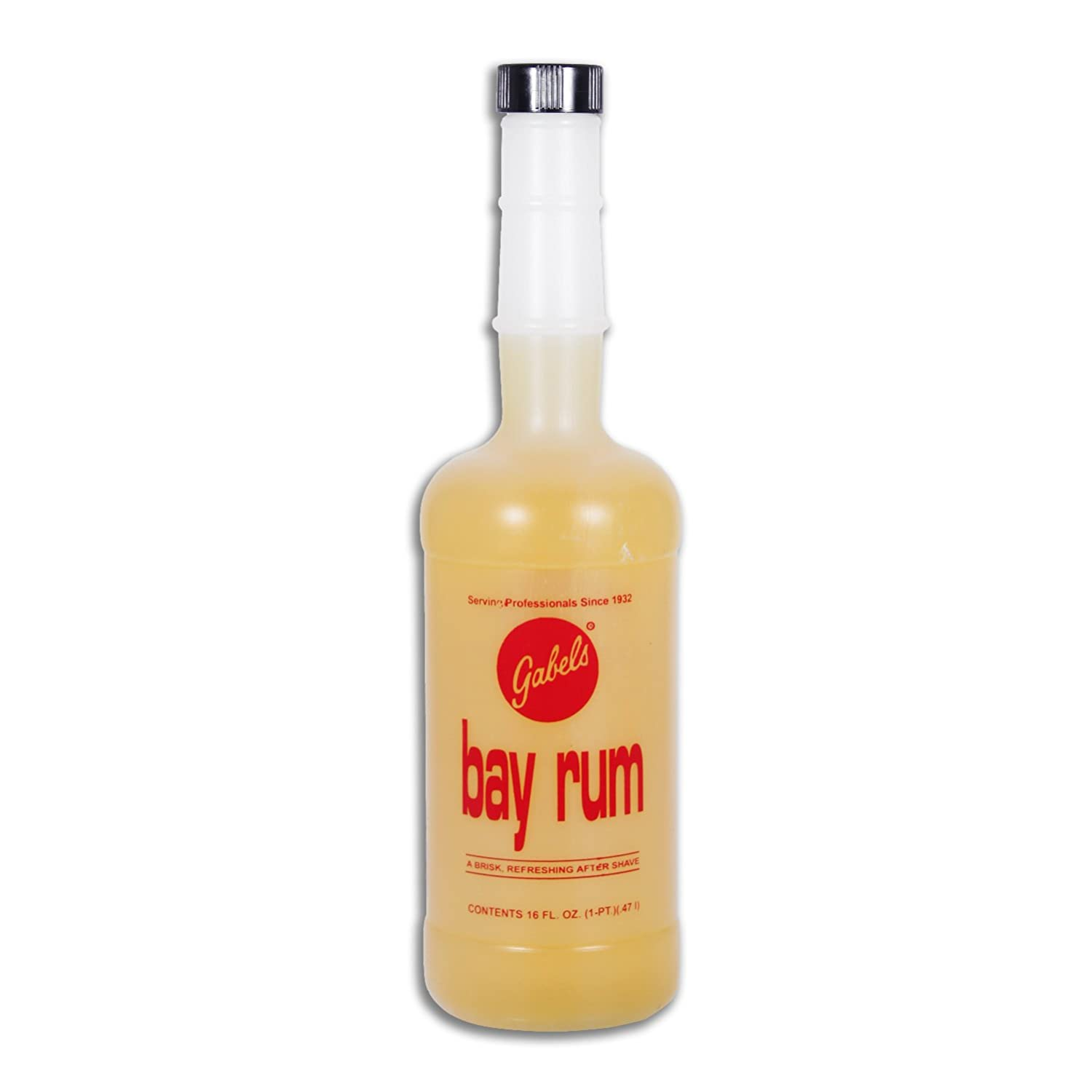 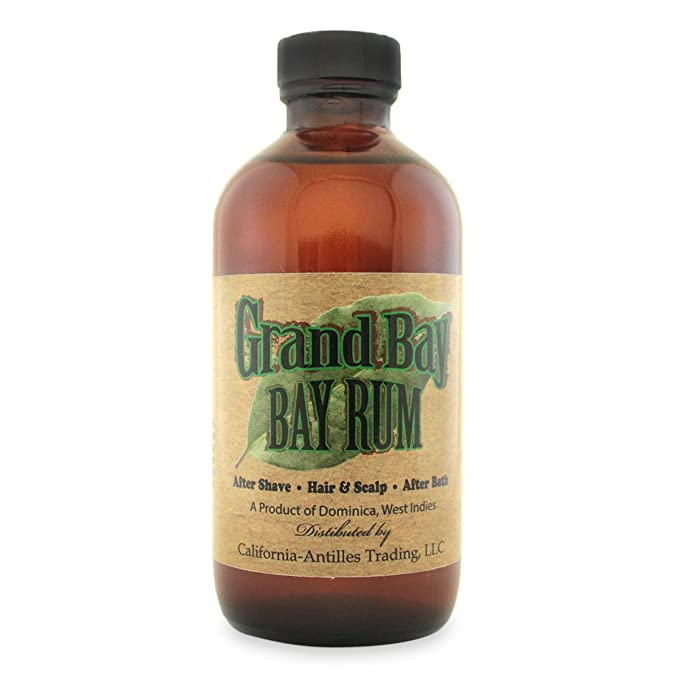 Royall Fragrance's Bay Rum meets a number of requirements you are asking for.

Have you considered finding a glass bottle you like and filling it with VIBR?

A little pricey but good.

Thor's Hammer Bay Rum. The last time I bought, they gave me the code "WELCOME" for 25% off. I love their bay rum, and I'm a bay rum nut: 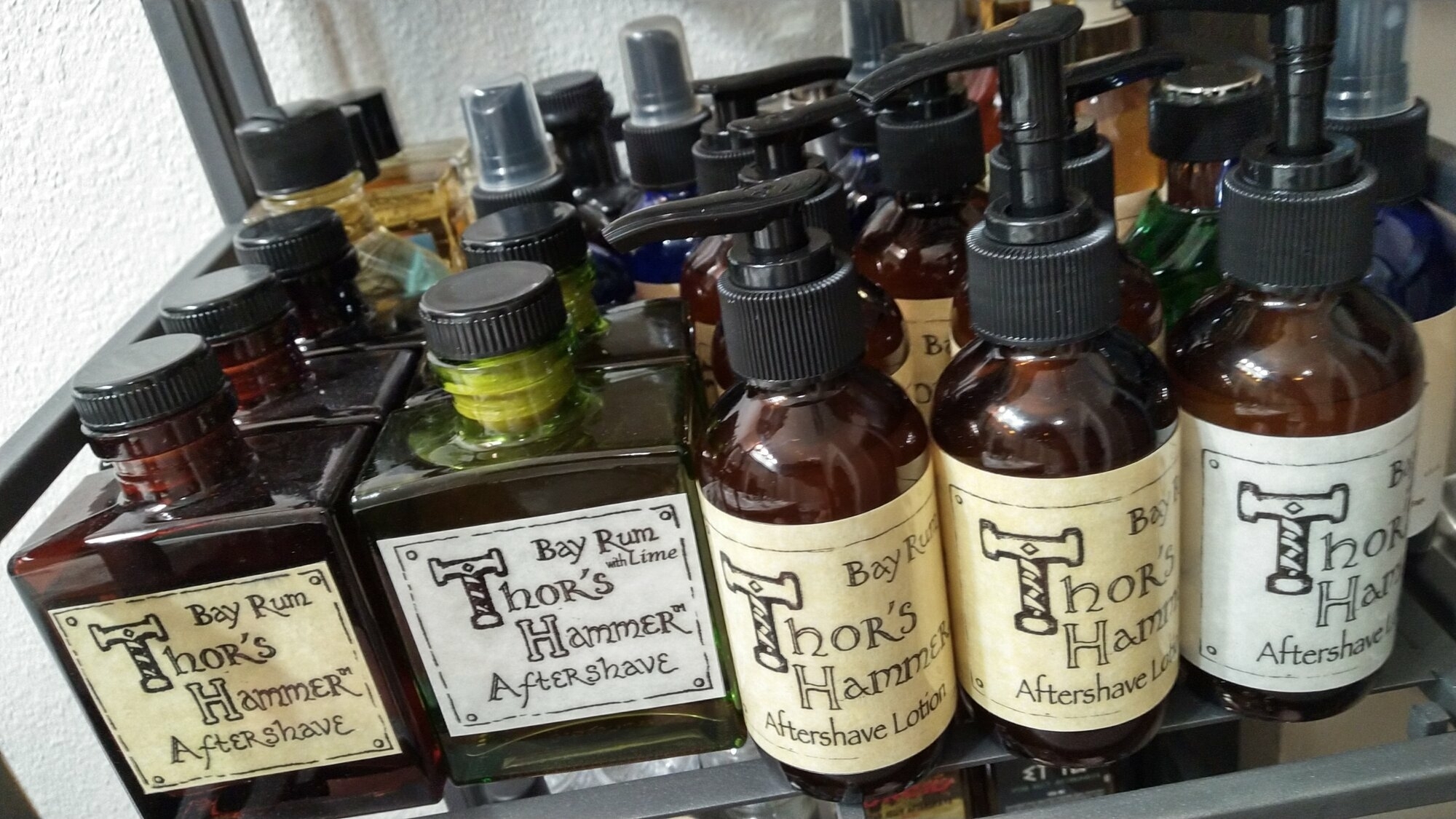 Ogallala does have a lot of cloves, in fact many people complain about that. It is witch hazel based so the only alcohol is in the essential oils. It will give you a nice burn if you don’t shake the bottle completely. I think it is considered a “cowboy “ bay rum, which has more spice and more going on with it.
It is very reasonable in terms of cost with the regular 4 oz at $14 and the double strength at $16. The double strength scent lasts a long time probably the longest of any bay rum.
The traditional bay rums are a cleaner scent with bay and rum being the primarily scent.
The Grand Bay bay rum is a good affordable traditional bay rum.

Yes, one of the nicest bottles in the biz.
JCarr knows a lot about bay rums Amazon ad above. Maybe I'll pick some up. If it doesn't work out, the old Buick no doubt could use a replacement piston.

2. You want something cheaper priced, instead of $30 for just 4 ounces.

3. You want enough of this wonderful smelling and feeling Bay Rum, so you can decant into a big ole’ nice vintage bottle.

It's definitely different from VIBR. Almost like a totally different fragrance. Agree? Maybe more "manly" and even more old-barber-shop than VIBR.

And the sting is different: instead of a 2-second sharp burn that disappears as with VIBR, it comes on strong for a few seconds and then smolders for a good long while.

Which is all neither here nor there. Maybe I'll grow to like it. But so far, I'd say VIBR is more for me.

When I was using Bay Rum AS all the time, it was VIBR and Ogallala double. I have tried a lot of others, with/without clove, etc - but those two are go-to options. Generic bay rum from the beauty supply was not 1/2 had. Vintage Avon was awful but maybe turned due to bad storage, not sure - but yeccchh.
If I was going to get some BR today, it would be VIBR or Ogalala. I have a Bay Rum spray here now actually, more like a cologne, from Bigelows. Nice but doesn't really smell like Bay Rum to me. Was a gift, I might re-gift it. Lol.
You must log in or register to reply here.

S
My review and thoughts on Speick Mens AS

Davidoff Cool Water - Its Awesome - Have You tried it?
2