What TV series you watching?

Contributor
Lucifer on Netflix. Kind of corny but still enjoyable.

We've started getting into QI on iPlayer.

Back for a third viewing (binge?) of "Downton Abbey." How I long for that world (or at least the better parts of it).

Next up it will probably be the base degradation of "The Wire."

I guess I suffer from "bi-polar viewing disorder."

The Kings on showtime. Watched 3 of the 4 episodes. The kings being, Hagler, Hearns, Duran and Sugar Ray.
Enjoying it.

We finally finished the series, it was enjoyable but some seasons definitely better than others.

I just finished Boardwalk Empire for about the third or fourth time. Great series.

Katla seson 1 and The Naked Director seson 2.Both on Netflix.

Panic Season 1. Half way through, for a teen show it's not horrible. Jack Nicholson's son is in it...

Recently started Jessica Jones and the latest season of Taskmaster. 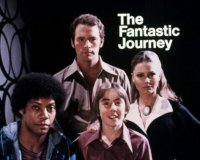 Better than Jeremy Brett or Basil Rathbone? Blimey that is high praise!

It's a mostly modern take on Holmes, but holds very true to Canon, and makes it a show that is fresh and spellbinding.
The acting by Cumberbatch is outstanding.

Katla was good. The setting was amazing and a bit stressful having lived if only briefly with volcanic ashfall.

I've been watching Midnight Diner on Netflix. There are two versions, though. The original which started in 2014 and the newer one from 2019 with the suffix "Tokyo Stories". The latter has the same restaurant owner but I haven't watched it. I recommend starting with the original. Oh, how it makes me long to visit Japan again and the Shinjuku district, among others. The Season1/Episode 5 "Butter Rice" is very good.

It turns out, too, that at least 2 episodes of the 1961 series Bus Stop are on YooToob. One, "A Lion Walks Among Us," was notorious and outrageous in its day for the amount and type of violence in it. The other, the last episode, based on a story by Robert Bloch, was mentioned in Stephen King's 1980 book Danse Macabre as possibly one of the most frightening stories ever done on TV up to that time. I shall report back.
You must log in or register to reply here.
Share:
Facebook Twitter Reddit Pinterest Tumblr WhatsApp Email Link
Top Bottom