What is the hype about Feather blades?

FarmerTan said:
I think I'm gonna start pickin' through your garbage... Is that illegal in the Philippines? They don't use the cane on offenders, do they?

You've probably thrown out perfectly usable straight razors my friend! "Bored with the color...gone!.... Second Tuesday in my 7 day set....gone!"
Click to expand...

The only shaving gear that I throw out are the wrappers of used ARKO sticks. I would post them to you but, with you not shaving daily with your SR, you would probably not appreciate them.

rbscebu said:
The only shaving gear that I throw out are the wrappers of used ARKO sticks. I would post them to you but, with you not shaving daily with your SR, you would probably not appreciate them.
Click to expand...

Ya know, I think I will be growing a goatee and mustache this winter, kinda like a bad guy in a James Bond movie from the 70's... And I realized just tonight that I would have no excuse not to use a straight razor then. Nothin' but straight-a-ways, no crazy curves to worry about.

Plus, I think my lovely bride likes it, me lookin' all "macho like!"
S

Everyones covered it but yea, Feathers are definitely the sharpest of the bunch I've used. BUT sharper doesnt equal better, closer or more comfortable. A razor blade is a razor blade. They'll all cut. I personally dislike feather blades, they don't feel great on my face and since I 3 pass shave most days anyway...the extra efficiency isn't necessary. There's more to consider like blade geometry, the actual edge and bevel, the grind, the coating etc. that all feel different against the hairs and face as you shave.

Are they really worth it? I can get a BBS 2-3 pass shave, comfortable no nick. with a Parker and 3 times less the price? Would love to hear others feedback on why they would pay such a premium, other than your mileage may vary.
Click to expand...

You need to look around and you can find much better prices online... Quite a few places have them for around $28 /100 or I've seen a deal out there that was $42 /200 which is probably the cheapest I've ever seen out there!!

As to are they worth it? Absolutely they are worth the price, when you find the right razor to use them in!! I at one time hated them and I do remember a blood bath or two but I worked on technique and eventually found the right razor where they work best in for me...

Moderator
Contributor
IMO, nothing is as sharp as a Feather. But also IMO, there are many blades that give just as good shaves even being slightly less sharp. It’s been years since I’ve bought new blades. I prefer the vintage - Spoilers, Schick, Wilkinson.

They work well for me and, in some cases, have changed my mind about a razor I didn't initially like. They have a reputation for being harsh but they have been the smoothest blade in many of my razors. I like them.

Feathers on sale can be around 20-25/100. I find them very sharp on first shave but doesnt last. Great in mild and medium razors.

I find Bic chrome almost as sharp and they keep their edges for more shaves.

If you find a blade that satisfies you completely, no need to try them. If youre looking to explore a new blade, they worth considering.
E

I have been using Feather blades around 15 years. Over the years I have tried different blades and end up giving them away. Other blades seem to result in pulling. Once I tried a Merkur slant razor I stopped using all my other razors. The combination of Feather blades and the slant razor gives me an effortless shave with only 2 passes instead of 3.

Just like the R41 they are notorious for being "dangerous" Not really, but when you first start wetshaving people will tell you that you should not try either of them. I find the Feathers to be OK, they work wonders in the GC but not a fan of them in my Ambassador. They sadly don't last many shaves for me. If you want equally sharp blades at a significantly lower cost try some Treet Durasharp, Super Max Blue Diamond, Bic Chrome Platinum.
M

On this forum I'm not allowed to mention the source for the following information but an attempt was made to scientifically measure blade sharpness over repeated use.

Feather were sharp - at least on the first shave - but not the sharpest. The first shave was certainly very sharp but they loset their edge quickly. Bic were sharper and also Nacet, on average.

The big advantage of Nacet is consistency. Unlike the other two blades mentioned, they maintained a similar level of sharpness over several shaves.
Q

Feathers are too sharp for me. They were developed for use in the too-mild Feather razors, where they work well. But I find them unforgiving and uncomfortable in any medium to aggressive razor. Much better, smoother, more comfortable blades are the Lord family, especially the Lord Plat or Rainbow Stainless, and at $8 to $10 per 100 a much better value.
J

Permasharp have replaced my feather blades. I only get one to two greate shaves form a feather blade. The first shave is fantastic.

Contributor
Like all blades, different users have different experiences with the same blade. My experience has been that I find many other blades that give me a more comfortable and better shave than Feathers do. But if they were the best blade for me then I would absolutely spend the money to buy them. You simply must try them for yourself and decide for yourself if they are worth the hype and the price. No one else can do that for you.

Wiki Team
Blades are hard to compare, but one of the more earnest attempts is 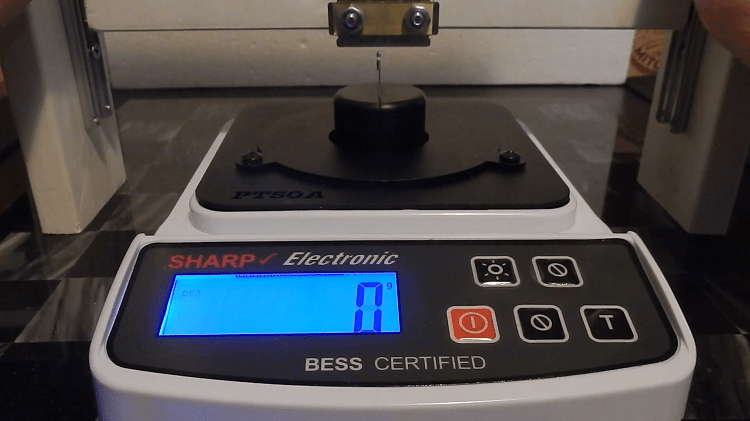 tl;dr Feathers live up to their reputation - when fresh out of the package. For me, one of my most used blades (500+) and the only one I would put on my face if I skip several days' shaving. I don't like using them for daily shaves though or using them multiple times. For the latter, I prefer Personna Med among others.

AlBHappy said:
Been using a safety razor for about 20 months. Would never go back to cartridges. I own a RazoRock .84 GC and feel I'm set for life in regard to the razor.

Let me preface this by saying I haven't used a LOT of blades. Astra, Derby Extra and the current 100 that I'm using which are Parkers. Every other page in the sub forum is filled with a thread about Feathers. How sharp they are, the closeness of the shave, efficiency etc. I also read how they are a blood bath for some people.

Are they really worth it? I can get a BBS 2-3 pass shave, comfortable no nick. with a Parker and 3 times less the price? Would love to hear others feedback on why they would pay such a premium, other than your mileage may vary.
Click to expand...

Sorry, but the YMMV bit is true.

That said, if you're getting BBS 2-3 pass shaves with Parkers, then it sounds like you've found your razor/blade combo.

The Feathers are indeed one of the sharpest blades out there, too sharp for some. For me, a Feather in a late 1940's Tech is fantastic. In an R41, not so much. My overall favorites (efficiency/comfort/price) are Personna Lab Blues, German Wilkies, and Derbys. I've used the Extras on about 20% of my shaves.
A

AlBHappy said:
I also read how they are a blood bath for some people.
Click to expand...

I never get this. If you were going to slice up your face with a feather, you probably would have done the same with any other blade.
Irritation if you overdo it with an aggressive razor? absolutely. bloodbath? no, imo.

I use them in milder razors, with those razors other blades just won't work. I test them in every razor I get to see how it feels. If I get irritation, I chose another blade.

P.s.: BIC Chrome Platinums are similarly sharp and also quite polarizing. Some love them, others hate them.

Contributor
Ambassador
Feathers are sharp but BICs and KAIs are in the same range. BICs are much cheaper and KAI blades are even more expensive.

They aren’t vastly different than other brands that are among the sharpest. Nothing to be afraid of IMO.
Last edited: Oct 31, 2021
T

Try a pack before going in on 100 for sure - see how it works with your razor/face combination. Personally they cause me a little bit of irritation I don't get with other blades, though they are nicely sharp (& possibly sharper than any other blade I've tried so far).

That said I really like the Nacet middle-ground (just a hair less sharp, but seem to work with my skin better re: irritation) after going through a number of samples. FWIW most blades I found at worst 'alright', outside of KAI & one other (that I can't recall, will edit after checking notes) which I found to be way too dull to be usable and threw out before finishing half a pass. Personnas were my other favorite (though I only had the chance to try platinums which were somewhat notably duller than nacet), they could never give me any issues on a speedy shave which I definitely appreciate, but wouldn't get as tight as others. People who like nacets apparently also like 7 o clock yellows & permasharps, which are probably the next couple I'd try if I can snag a single pack along with an order somewhere.
You must log in or register to reply here.

Has anyone else had a 'bad apple' blade?
2