What do you think of Emus?

What do you think of Emus?

Never met an emu but I have been pecked by a rhea...

Their eggs make a mean omelette. Not too fussed on the meat. I prefer turtle meat (not easy to get, you need to know a native).

Moderator Emeritus
I used to try and pat and feed them as a kid. They bit me almost every time.

Dave-the-rave said:
Who the hell is Emus???
Click to expand...

They defeated the Australian army IIRC

Very lean meat, not that tasty. Good eggs though! 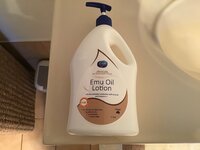 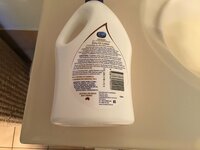 They make a great skin lotion that I use as an aftershave balm.

Apparently they're a problem!

A machine-gun position is overrun by hostile forces (1932, colorized)

The machine-gunners' dreams of point blank fire into serried masses of Emus were soon dissipated. The Emu command had evidently ordered guerrilla tactics, and its unwieldy army soon split up into innumerable small units that made use of the military equipment uneconomic. A crestfallen field force therefore withdrew from the combat area after about a month.[11]
Click to expand...

On 8 November, representatives in the Australian House of Representatives discussed the operation.[6] Following the negative coverage of the events in the local media,[12] which included claims that "only a few" emus had died,[4] Pearce withdrew the military personnel and the guns on 8 November.[4][6][13][14]

After the withdrawal, Major Meredith compared the emus to Zulus and commented on the striking maneuverability of the emus, even while badly wounded.

If we had a military division with the bullet-carrying capacity of these birds it would face any army in the world... They can face machine guns with the invulnerability of tanks. They are like Zulus whom even dum-dum bullets could not stop.[15]
Click to expand...

Terrible birds don’t taste that good either, crock meat is good though.

Contributor
Mean looking buggers in my opinion. Remind me a bit of my (ex) MIL. I had one on a plate many years ago - the emu i mean, not the MIL. Can't remember what it tasted like, but it was in a posh restaurant so i presume that it was cooked well. It can't have been that great as i have never rushed back to order another one!