Another travel shave. Back in Auburn for another round of chemo for my parent's Bichon. I found this Pre-War Tech, in sad shape, at the fleamarket (where I also found a sad Super Speed and my yellow shave bowl). Chris at RazorPlate re-plated it for me. So a homecoming of sorts for this razor.
Loaded it with a 7am blade, and loaded the Wild West synthetic with some DIver Down and set to work making lather in the collapsible dog bowl. I believe this is the same bowl Sterling sells, but was a few bucks cheaper on the Zon. Makes lather very fast, but has a tendency to over aerate the lather when starting out. But the PAA was still very slick.
The 7am blade was VERY aggressive in the Pre-War, and I had a few nicks that could have used the application of the forgotten styptic pen, but can't use what you don't have. They did stop when I applied the Nivea. So the one nick on my neck will be a deduction. The other was taking off a forming pimple. My fault, as I knew it was there, but shaved over it anyway.
Also got a few weepers from the irritation bumps below my adam's apple from my last shave.

I let the Nivea/hyaluronic acid drops soak in for about 5 minutes while cleaning up, and then applied the PAA DD AS. Did that around 10 this morning, and I can still get a whiff of if 14 hours later. 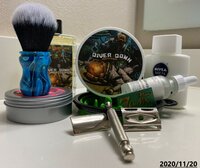 No shaving this weekend

Well, it was Sandalwood Saturday with Proraso Red. I'd be lying if I told you it was a good shave... It was great!

Didn't bloom the soap. Just wet the brush, ran the tub under some hot water to wash away some of Iraq, and loaded. I took the brush to the bowl and built the superb lather pictured below. Three passes, hit the eyebrows, and killed the blade under the arms for a superb shave. The Proraso Red AS killed any germs left on the face from the water supply and the Pre-Post Shave was used as a balm. Smelling good. I wish Proraso would come out with a Red EdC/EdT. 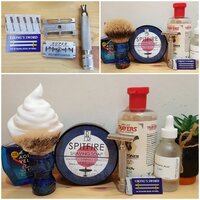 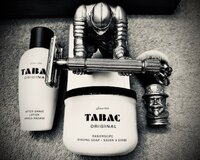 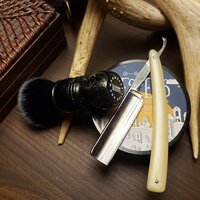 Flippin' raining this morning so didn't go to the woods this morn. was justly compensated for my loss by being treated to the scent of Vespers. This razor/blade has an absolutely stunning and stellar edge in it.

can't rain all the time. 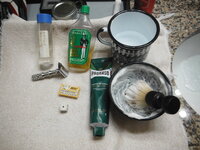 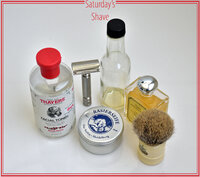 No shower today; washed my face and throat, applied the hot face towel over a little Tabac, then rinsed and face-lathered. After my usual 3 minutes' wait, I applied the Hoffritz. Three passes, WTG everywhere, ATG everywhere, XTG with cleanup on the throat, and done. I tried something a little new to me: While trimming the lower edge of my Commander Riker beard along the jawline, I took two fingers and pressed the bearded skin upward, so that the skin below the beard stretched. Result: very smooth skin along those edges. I can still feel the tiniest bit of stubble when I brush ATG on the left side of my neck, but then I didn't do an extra pass there. Utterly smooth it is when I stroke WTG, though.

No nicks. No irritation. No itching.
Very close and very pleasant shave.

The Atlas R1 was never my friend but with a light touch, it gets the job done.

Splashed hot water on face, ten second building of lather with TOBS sandalwood soap using a Kent BK4, three passes with a Feather (10) in an AS-D2, a hot shower, and a splash of Mennen Skin Bracer.
10/10

Excellent shave with my Gem Push button with a coated gem blade. 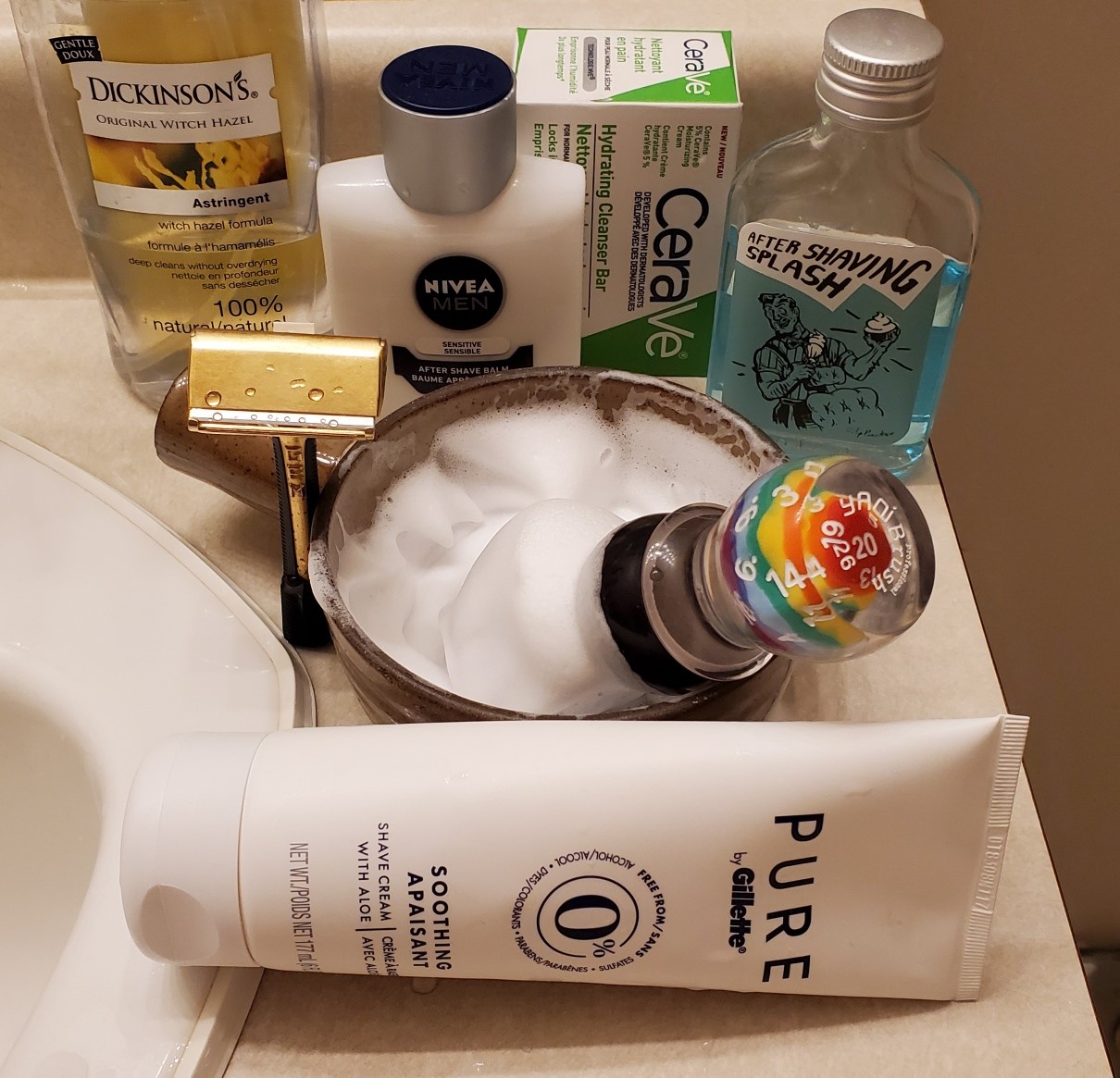 This is the first perfect shave I've gotten from the Karve OC razor and I'm thrilled! I almost had written this OC razor off as being perhaps just not for me and I decided to dance with her again and WOW! A fresh Derby Premium blade and no injuries or blood at all. Wonderful! The new brush was great...it's a kit brush from Maggards. You buy the handle, the knot and the glue and put it all together yourself. Has been sitting for a week now and it was time for it to get into the rotation. All it has to do now is keep working like it did this morning and not fall apart. A great start to a lovely Saturday. 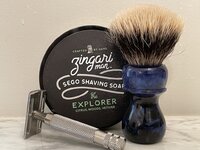 10/10: For me, the best post-shave soaps are the usual suspects like Grooming Dept, B&M Soft Heart, Declaration Grooming, etc. But there is nothing quite like Zingari Man. 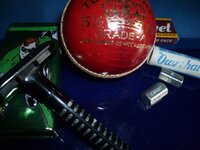 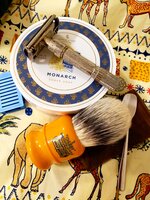