So, my daughter bought me the Battle Brothers MKII Captain's Kit for me last month as an early birthday present, and I told her I'd wait to use it on my birthday. So, today was the big day, so here is how it went:

Razor: the MKII is aircraft grade aluminum, and VERY light. It's a pretty aggressive compared to anything I have used so far, and has a LOT of blade feel.
Blades: BB blades. They are sharp, no doubt.
Soap: Glycerine based. Needed a lot of water to stay slick. Kinda burned, but I had the same issue with my Dr. Jon's first time I used it, so I'll try it again. Very heavy on the spice notes, but that went away with the heavy leather and gunsmoke notes of the PPA AS.
Aftershave: typical PAA quality

Well, this shave was certainly different than most of my others lately. Gave myself 3 nicks, and had to use my styptic pen on them.
This will be a razor that I will have to take more time with to get comfortable using to figure out the best angle of the razor to my face. It's certainly a close shave. Have a bit of post shave irritation on my cheeks. Made too many passes trying to clean up everything.

I'm going to rate this shave a 6.5, because of the nicks. But I really hope that with practice, this will get up into the 8's and 9's in the future. I will be trying the blades with other razors to get a better feel for how well the blades do with a less aggressive razor. I think they will do well.

I found my technique adjusting to making very small strokes, but the result was excellent and BBS. Overall it didn't feel aggressive because I took my time, had tons of lather for each pass, and the smoothness of the Platinum blade doing it's part. No irritation despite going over the neck for 3 passes (1 x wtg, 2 x atg).

I decided to do a non aggressive shave today since my last two shaves removed the top layer of skin and gave me a slight razor burn.

I did a single pass WTG with no buffing or touch ups. I will admit going from plate 4 to plate 2 did surprise me. I got a terrific shave. I like the Lucky Tiger. I may need to dial back my aggression for a while.

I dont know why I buy or look at razors when the Rockwell performs so well and so smooth. 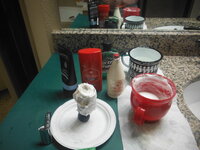 ouchyfoot said:
But what are you doing on the roof?
Click to expand...

When I first started I bought products from the High Street which included packs of Wilkinson blades, time to use them up because they are just too mild, going to pair them with a Parker 96R which is a medium to aggressive and see how that works


Parker 96R is much too aggressive, blade, brush and TOBS are perfect

Great shave! Nothing to report. No cuts, nicks, weepers or irritation. Proraso provided excellent protection. I'm really starting to lean towards my Timeless and Mamba lately. Tomorrow I will purposely veer away and go with the Parker Semi-Slant. 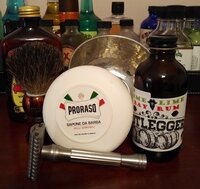 I couldn't help but identify with your shave post today. Good one!
G

Sometimes I leave a little stubble for seed.

I tried something new today. Always I've had a hard time getting a near-BBS on the left side of my throat, just forward of the ear. The hair grows differently there, and ATG is the only way to mow it down. Since I'm right-handed, I have to contort my wrist and the razor and go with care.

Today I dried off the rear portion of my neck under the ear, dried my fingers, and tried stretching the skin with my left hand as I went ATG with my right. No nicks, no irritation; but either this is not going to work for me, or I need to practice it. After two passes and cleanup, I still wound up with about the same not-BBS when I stroke ATG with my fingers after the shave. Ah, well, it was interesting.

The Hoffritz planes me off without trouble. A 9.6. 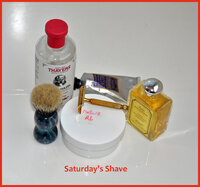 Saturday’s Shave ​
Today’s shave is with GD Mallard RC Soap. I am getting to the end of this soap. This time I am using my Rudy Vey Brush with a Shavemac D01 two band knot. The razor is Gillette Tech razor with a Personna Lab blade. The aftershave is Thayers Rose Petal WH and L’Occitane aftershave balm. The fragrance was TOBS Sandalwood. A perfect shave. 10/10. 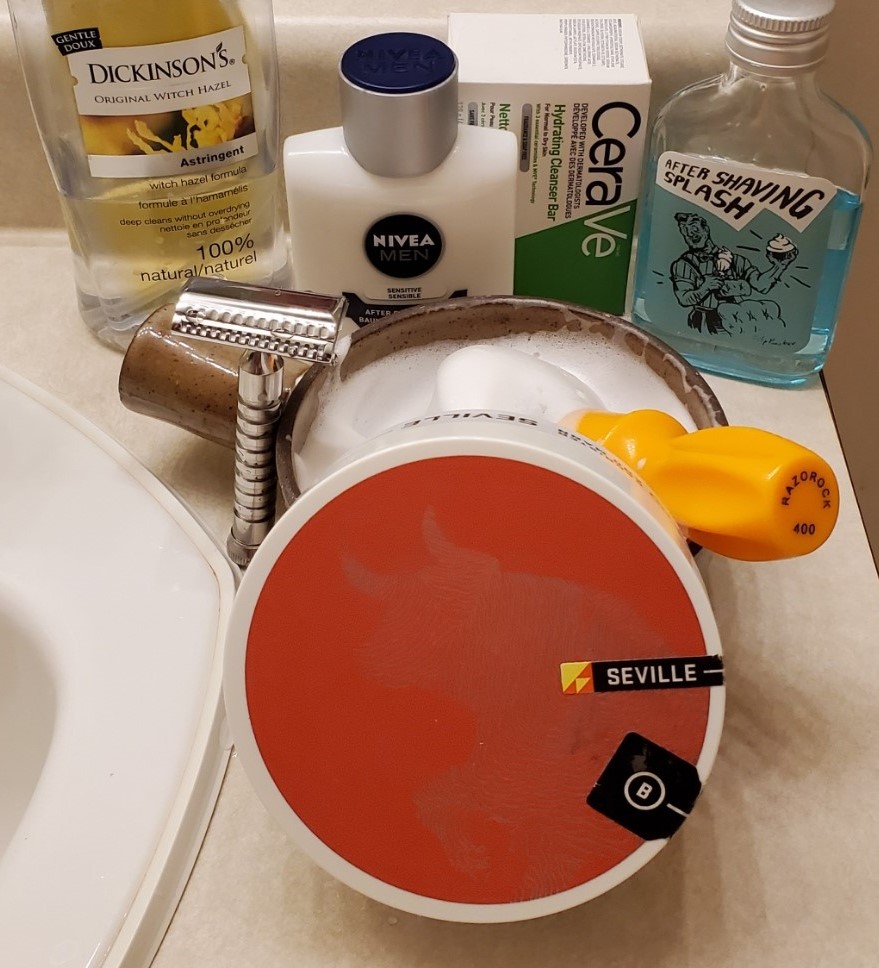