I've read a fair amount about shaving and lathering techniques. I have a copy of the book on wet shaving:

Somewhere along the lines; maybe in this book, maybe somewhere else, I got the idea that you have to be pretty careful with how much water you add to shaving soap or cream. So Iv'e always added water in small amounts, and been really careful to not "over water the later". Recently though, I keep remembering people here and on youtube describing good shaving lather as being "shiny". My lather is never shiny... except right after I add water and then only for a few seconds as it gets worked in. My lathers are good, but... Hmmm.....

So I've been adding more and more water to my soap lathers trying to get them shiny. I'm probably using 2 to 3 times the amount of water I was before. Some lathers shine up pretty good, some only get a little shiny.

But they all seem to get slicker and nicer. The "loft factor" goes away some. It's not as thick or rich feeling. It's thinner. But still pretty nice in most cases. Several soaps that I thought were fairly middle of the road are suddenly much better performers! Today's soap, PAA CaD, was formerly very middle of the road. Sure it smells great. Yes, it has incredible skin feel during *and* after the shave. But the slickness and "protection" were kind of average or below. But now with more water, it's a pretty darned good performer overall. The razor glides much more easily over the skin and the propensity for the razor to "stick" on areas that have no lather is reduced. It's really almost like a different soap.

I've tried this with quite a number of soaps now and it seems to universally work better than a drier lather. Some really outstanding soaps, like Soap Commander, are great either way, but probably still better with more water.

So there you have it: Wetter is better!

Agreed 100%, I think that most of the top soaps nowadays can take a lot of water and reward you with a slicker, better lather. 'And lesser' soaps also seem to benefit from a little extra wetness. As a face latherer I usually get my best results from doing a few small dips in water while loading, and a few more dips while building the lather on my face.

I agree, Brian. The wetter for me the slicker the shave.
P

Even when the lather drips off the razor as you shave, wetter is better. Slick is all that counts in shaving soap, lather is just to keep it from drying out before you finish the pass. There is a reason straight razor users typically want very wet lather.

You may need to reduce the amount of soap you load when you start adding more water, else you will end up with far too much lather and waste it by washing it down the sink.
S

psfred said:
Even when the lather drips off the razor as you shave, wetter is better. Slick is all that counts in shaving soap, lather is just to keep it from drying out before you finish the pass. There is a reason straight razor users typically want very wet lather.

You may need to reduce the amount of soap you load when you start adding more water, else you will end up with far too much lather and waste it by washing it down the sink.
Click to expand...

I find it untrue that slickness is all that matters. To very sensitive skin like mine, cushion matters just as much. That being said, wetter is generally better!

I seem to prefer a wetter lather, drier lathers seem to clog up the razor for me. My lathers never seem to have the shine or the sheen that you see in some videos. I face lather though and this could be the difference.

Are we still talking about shaving?

August West said:
Are we still talking about shaving?
Click to expand... 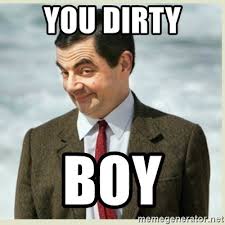 I normally shave with a straight razor. One of my criteria for the correct consistency of soap is how the soaps clings to the razor. If the soap wants to drip off, I probably need to use less water. If the soap does not rinse off the blade easily when I dunk the blade in a cup of water, then I need to add more water to the lather. I presume the same principle would apply to a SE or DR razor. I bowl lather in a bowl heated on a candle warmer. Thus, the lather in the bowl always dried out during the shave. I have to add more water for each new pass.

When I get a new soap I do a few test lathers and I just keep slowing adding water until the lather breaks down. This way I know how much water the soap can take and perform at its slickest.

I use to start with a damp brush and add water a little at a time. But now I find that a wetter brush does work better. Basically more water and more product works the best. So what if you end up with a little extra lather than you need. Soap is cheap and we all probably have too much on hand already.

I usually push the lather as far as it will go. The wetter the better indeed! Like to be able to fling the lather off of the razor.

Also I have found that the best post shave results are accomplished by smearing leftover lather immediately after each swipe. This allows more time for the skin conditioning ingredients to work their magic. Also will sometimes rub leftover lather in after the shave, pretty much acts as a balm.

Early in my wet shaving, as a lark, I wanted to see how little soap I could use and still get a good shave. As a result I was using more water to stretch the soap and I found that my shaves got better and better the wetter and wetter.

The hydration level definitely matters, but also try experimenting with the lather-building time:

Both affect lather slickness and cushion.
B

Thanks for the link to the guide. I had noticed that you can almost "drive the water out" by spending more time building your lather. That guide seems to confirm that observation.

I'll have to read back over it more carefully later.

blgentry said:
Thanks for the link to the guide. I had noticed that you can almost "drive the water out" by spending more time building your lather. That guide seems to confirm that observation.

I'll have to read back over it more carefully later.

You're welcome, Brian. Yes, working the lather longer will work out more water. You get more water evaporation. I've confirmed that many times with mass measurements. What's really interesting, though, is that even with the same amounts of soap and water in the final lather after lather building is over, the lather that was built with less time will generally have more slickness, less cushion, and more density (less air). It will probably be considered a better lather. The thinking that applies to a lot of things about putting more work into something and getting a better result is usually not the case with lather.

That one caught my attention, quicker = better. I'll also check the link.

The hydration level definitely matters, but also try experimenting with the lather-building time:

Both affect lather slickness and cushion.
Click to expand...

I'm on my way, sort of measure not weigh , water and soap but not monitoring the time, also ivI' got hard well water. Good reading. Howdo I save or keep track of this, on here pls?
You must log in or register to reply here.

Have I been wasting my money?