It’s hard to beat this Single Edge. I normally reach for medium- agressive razors since I personally can’t get a close shave with Safety Razors like the 34c or the Gillette tech. Just too mild for me BUT! Razors that are right in the middle like the LEAF TWIG, or the RazoRock SLOC have that middle of the road vibe to where it’s smooth, and efficient at the same time. Never need to worry about weepers, nicks , or cuts with these, but you get the added efficiency

My buddy Steve actually PIF’ed me this TWIG for free, not too long after it droped. It was very nice of him. And the love the ergonomics of the head can get underneath the nose very easy. And just the angle of the head itself just makes it so maneuverable! It’s very FUN to shave with!

This was my last shave! 10/10. Recently I’ve only been writing notes on my Shaves using the “My Shave Den app” for IOS, but now I plan on doing at least 1 to 3 sentences on each of my shaves instead of just rating them out of 5 stars

Gives you a little reminder of what took place during the shave. What you liked, and disliked.

For instance, I was getting tired of the Feather Professional Artist Club Blades since they tend to pull and tug. Not enough to where the shave is terrible, but enough to notice and I went in the razor blade club and bought 3 of the Feather Supers and 1 of the Kai Captians instead of spending $1 a blade. And I noted when using my CJB KAMASORI that the Kai’s absolutely tore my face apart, and that the Feather Supers were very surprisingly an excellent shave. It’s funny cause I was always nervous and hesitant to try them since I hated the regular feather DE’s. So it’s important to jot down your interactions with different products! 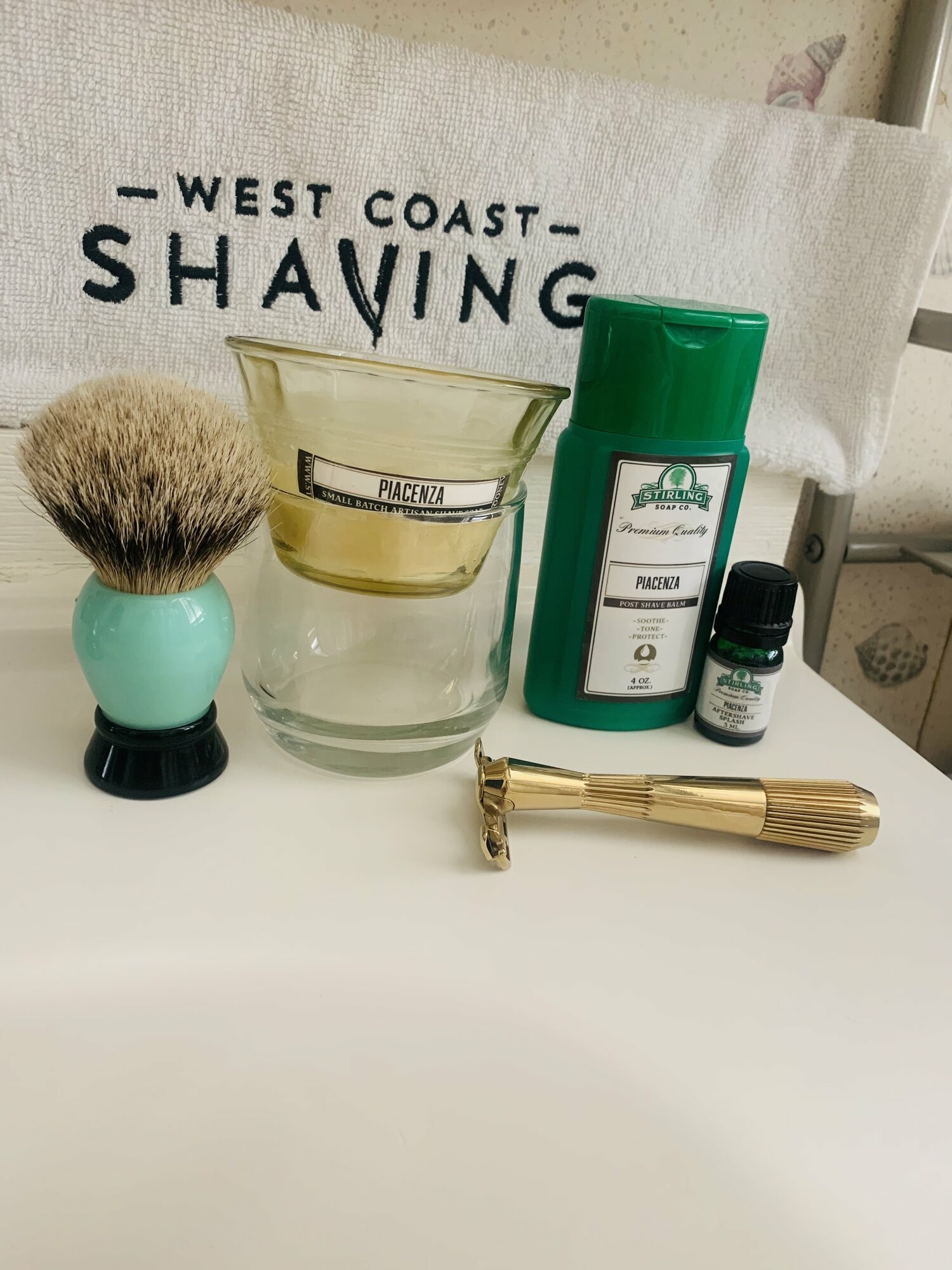 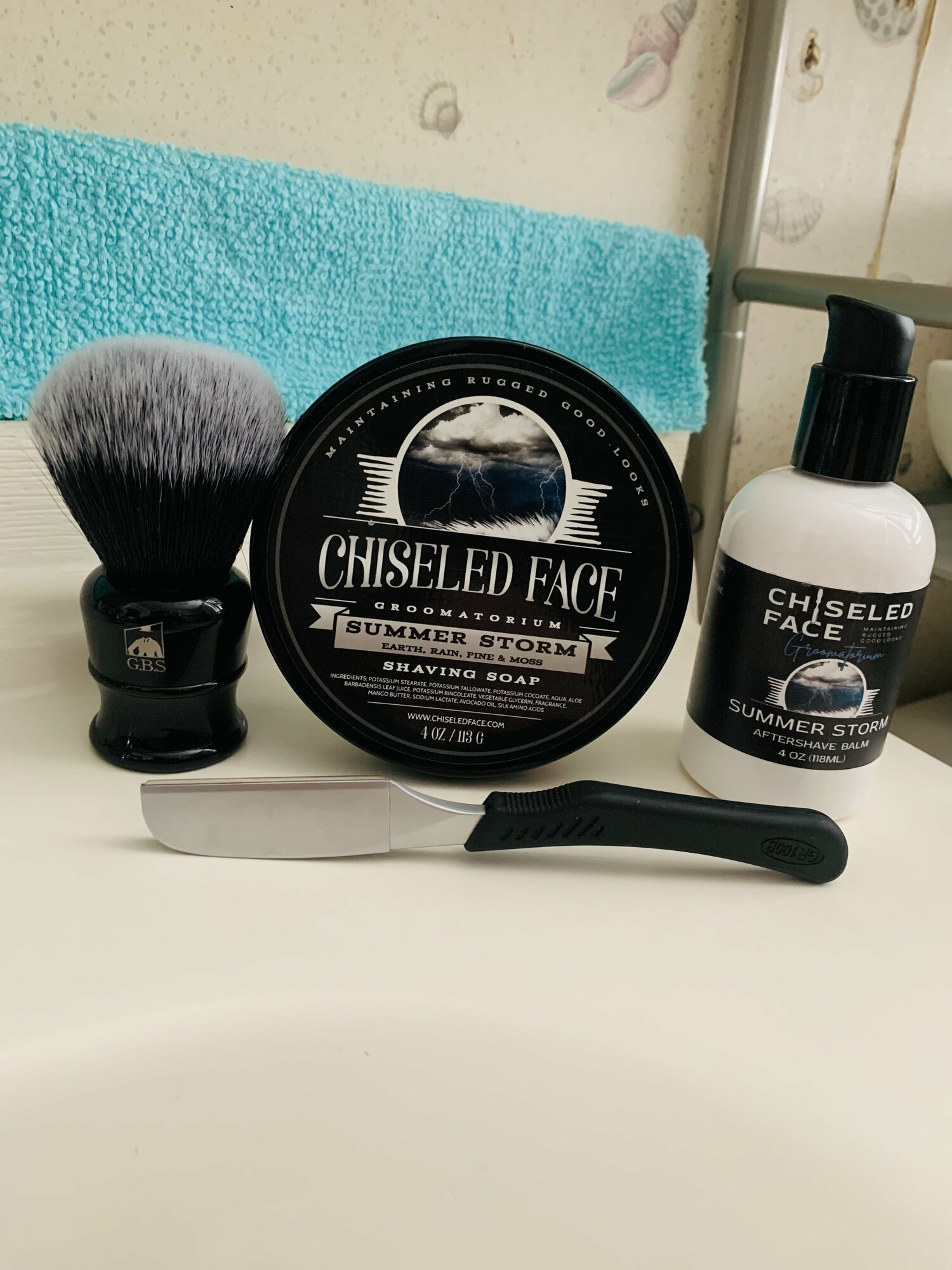 I was able to try a borrowed Twig and Thorn. I enjoyed them as you have, and prefer the Thorn for efficiency. It has led me to question my commitment to DEs after trying single edged razors. I have been appreciating the comfort and efficiency of vintage Schick injectors. And I just got a Blackland Vector last week -- shaving experience elevated.

I have indeed tried both Twig and Thorn and I must say the Thorn is not a bad little razor at all, (the Twig was just a touch too mild for me). I do not reach for it often, but the Thorn gives me a very close, smooth, and satisfying shave. I regularly keep it on my stand in the bathroom and will use for shaving cleanups around nose on occasions if needed.

ewk said:
I was able to try a borrowed Twig and Thorn. I enjoyed them as you have, and prefer the Thorn for efficiency. It has led me to question my commitment to DEs after trying single edged razors. I have been appreciating the comfort and efficiency of vintage Schick injectors. And I just got a Blackland Vector last week -- shaving experience elevated.
Click to expand...

I recently have found myself solely using single edged razors, specifically my Blackland Vector Ti. That thing gives me the best shave of any razor I have ever used. Just the feel and performance is always top notch, I honestly have no desire to go back to DE's myself. I have been curious about the Leaf razor though, as I am a head shaver, so would be just curious if it even compares in performance at all to the Vector. Have you tried the Ti Vector, or do you have the SS version?

I have the SS Vector. It is only a week in, but it is better on the dome than I expected. The wide AC blade is not in contact much with the rounded top of the head, but I have nothing to remove up there. It works very efficiently on the back and sides. The Leaf is fastest, but the Vector, Schick, and Thorn beat it for achieving BBS.

ewk said:
I have the SS Vector. It is only a week in, but it is better on the dome than I expected. The wide AC blade is not in contact much with the rounded top of the head, but I have nothing to remove up there. It works very efficiently on the back and sides. The Leaf is fastest, but the Vector, Schick, and Thorn beat it for achieving BBS.
Click to expand...

Thank you for the clarification on it. I don't know if you own any titanium razors or not, and I really had not before the Vector Ti, as I typically don't lie a razor that is light weight, but the Vector Ti is perfect. I did own the Vector SS and sold that after I had used the Ti a few times. It is just smooth as silk and the perfect weight. I would highly recommend it if you have the funds to pick one up some time. That is the only downfall, is the machined version is like $330 by itself, but well worth that in my opinion.

I recently tried both the Twig and the Thorn, and wanted to share my experience. My normal razor is a Joris open comb, which is considered to be an aggressive razor. I do recall having a bit of a learning curve with it, but grew to love it. I have issues with redness and bumps on my neck if I am not careful. I use Derby Extra blades (green) in all of my razors.

The Thorn came first, so I tried it first and used it for a few days until the Twig came today. I really like it on my face. It does a great job, doesn't clog, the blade can be felt, but it doesn't bite. On my neck it was a whole different story. The hair grown left to right on my neck, and going against the grain is the surest way to get bumps and irritation. With the Joris, I shave down first, then up. I don't go with or against to avoid bumps. Two cross-grains, one in each direction.

I repeated this with the Twig on the first day. Before I was done my neck was burning, and I could see the bumps forming. I tried doing a single pass the next few days, with essentially the same results. I got one nick on Friday, and one nick yesterday. The shave on my neck didn't feel particularly close. I never get BBS on my neck due to the limitations I have, but it was rougher than usual.

The Twig came today, and I did my normal routing with it. MUCH better. It did just as well on my face as the Thorn. I could still feel the blade, but not as much. The neck was where the real difference could be felt. Much less irritation, especially since I already have a bit of tenderness from the Thorn still. No bumps, no redness with an up pass and a down pass. The shave feels closer to me that it did with the Thorn as well. My experience seems to be a bit different than most of the comparisons I have read or watched, so I wanted to share in case anyone has issues similar to min.

I used Mystic Water Lily of the Valley shave soap for all of my tests for consistency. I don't have any skin issues with this soap.

Sorry this is so long. TLDR; I had much greater success with the Twig than the Thorn.
You must log in or register to reply here.