Time for a new watch

The last time I bought a new watch, I bought three. Cheap ones of course

That was eight or nine years ago when I was still working. Two of them have survived, and one bit the dust, working on the boat I had at the time. I traded for a G-Shock sometime after.

I've been quite content since then, but the Timex Watches thread got me looking at affordable watches again.

My cheap Casio, and the G-shock have been great everyday watches. They're both solar too, and so I just need to leave one one the windowsill for a day or two while I wear the other if the level drops. Not particularly dressy for socialising in though... 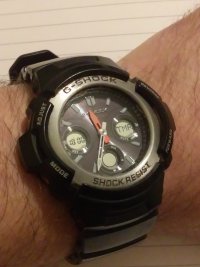 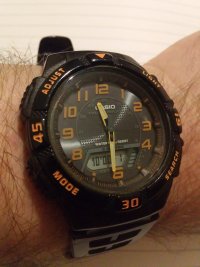 The other cheapo is the Sekonda chrono that I'm wearing today. Simple uncluttered face, that's easy to read, but also shows how long my dinner has been in the oven... useful things, chronographs. 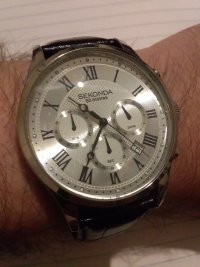 Aside from my gold plated Half Hunter, it's also my dressiest watch. These are all the wristwatches I have. The strap has seen better days, and so I have ordered a replacement, but the Timex thread had whether the appetite for something new. At nine years old, that Sekonda could march on for another decade, or it could just as easily conk out as soon as I've put the replacement strain on it...

New watch justified, I reckon. Just a simple clean faced watch on a leather strap, in case the Sekonda decides not to be a watch anymore.

and another solar watch, but on a stainless strap. 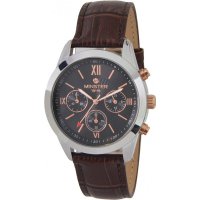 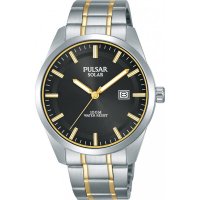 That should keep me punctual for another decade, I reckon

They should be here by the middle of next week, and I'll get pics up when they land.

Moderator
Looking forward to the pics. Never tire of looking at watch pics.

I’m also Interested in seeing your new Watch pics. I also Like to see pictures of Watches.

Sorry for the tease. I guess I got ahead on myself.

I’m Torn Between these.

I absolutely love chronos; but as a man with a few years behind him, I would have to have the top pick to be able to use it as a timepiece (i.e., be able to read the time at a glance). Plus I prefer divers to chrono's (when push comes to shove), so your mileage may definitely vary.

Contributor
Get yourself a Timex , as some others suggested.

Flintstone65 said:
I absolutely love chronos; but as a man with a few years behind him, I would have to have the top pick to be able to use it as a timepiece (i.e., be able to read the time at a glance).
Click to expand...

I totally agree. I would struggle to read those second two.

My tick list sequence for a watch, is along the lines of...

Billski said:
Get yourself a Timex , as some others suggested.
Click to expand...

Not this time, Bill. The above alternatives have already been ordered.

I usually get at least 5 to 10 years from budget watches, so it could be quite a while before I need another. I'm not sure if the cheap chrono will be as good (reliable) as my Sekonda, but I certainly have high hopes for the Pulsar.
D

For the price and the specs I don't think you could do much better, I love mine!

For the price and the specs I don't think you could do much better, I love mine!
Click to expand...

I have that exact same Watch. Love mine keeps Time Great. I put a stainless steel Bracelet on Mine.
One of the most Comfortable watches I Own.

The Tough Solar S800W in the opening post, has been excellent. At the time, I couldn't justify a G-Shock, but wanted something that wasn't too fragile. It's a little lightweight but has handled everything I've thrown at it.

In the sub-£40 range, I've had stuff I've been happy with from Casio, Timex, Sekonda, Limit and Lotus. Typically, single function watches in what would today be the £20-£25 range, but occasionally a few quid more, if added features or specific looks caught my eye. 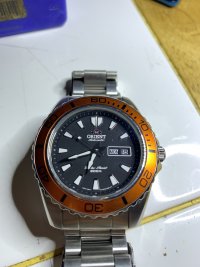 Orient Mako XL is a great watch also.
Another one of my Favorite Automatic’s.

Big fan of Citizens here. For about $100USD, you can get a pretty rugged (and good looking) Eco Drive solar watch that will last for decades--maintenance free.

Whilliam said:
Big fan of Citizens here. For about $100USD, you can get a pretty rugged (and good looking) Eco Drive solar watch that will last for decades--maintenance free.
Click to expand...

I got a modestly priced Citizen automatic in my late 20s (around the turn of the millennium), and the only thing that was consistent about it, was its inconsistency. On a good day, it would be +/- three or four minutes of where it should be. That was the last Citizen I bought, and also the last automatic. Since then, all my everyday watches have been either replaceable battery or solar.

The only mechanical (hand wound) watch I own is my Rotary pocket watch, which is on the whole quite good at keeping time, but is worn more as an accessory in formal wear, than a timepiece.

Aside from often being easier to read, cheaper quartz watches (in my experience) are both easier to read, and function completely reliably, until the day comes when they will never work again. No servicing costs, no "Oh, it's running slow/fast today", no stopped for a bit then started again. It either works it it doesn't, and if it doesn't (and a battery doesn't fix it), I get to treat myself to a new thing.

Contributor
That was quicker than expected. Two parcels arrived today. One with the watches, and a replacement strap from a different shop. 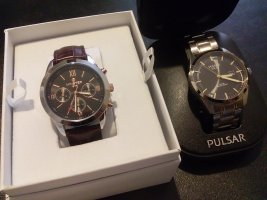 Happy with both watches. Both watches, the replacement strap, plus shipping, all came to less than £75. I only ever paddle in the shallow end of the pool with watches. I also managed to get the strap swapped over on my Sekonda without too much hassle. The Pulsar Solar needs a good charge now, as it is currently doing the second hand skip. 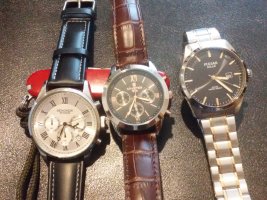 Just one more thing to resolve, which you guys might be able to help me with. How do I remove links from a bracelet that doesn't have visible pins? 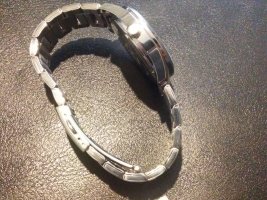 Is there anything on the inside of the bracelet that could be used to remove the links? I've not seen one without visible pins. I've got a bad feeling about re-sizing options...

ByMyBeard said:
Is there anything on the inside of the bracelet that could be used to remove the links? I've not seen one without visible pins. I've got a bad feeling about re-sizing options...
Click to expand...

Yes! It appears (once again) that I am a moron! I haven't tried it yet, but these seems to be a removable cover plate on one side.

Thanks for the prompt 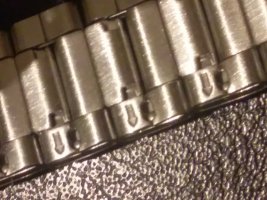 Not sure how clearly the pic shows it, but there's an imprinted arrow, next to a hole through which to poke out the plate. I assume the other side plate will be affixed to the pin... or something like that.

I'll give it a whirl over the next couple of days.
You must log in or register to reply here.

An ode to the Seiko SNZG17 a fantastic beater watch
2

One heck of a knife!