Moderator
It's another year another garden. So what have you guys got growing or planed.

My garden was a bit later in planting than normal. The cheap poly tunnel I've had for a few years now is now ripped and I've given up the ghost on it.

Growing a dozen tomatoes and few pepper plants in what's left of the poly tunnel. 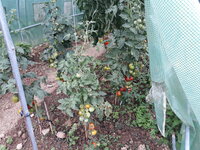 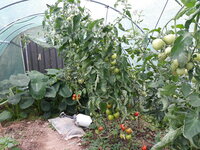 Planting the tomatoes a few weeks late did not effect things much but the peppers could have gone in a few weeks earlier. The bhut jolokia is slowly getting there. 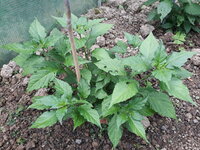 Planted the outside later than the poly and also than I normally would but having them staggered works well for when the tomatoes ripen. 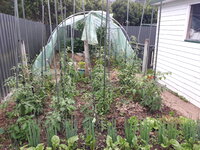 The weeds need some attention, well some of it anyway. The mint grows like weeds, that can stay. 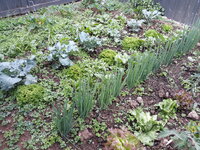 The wife rang me today saying the dog was eating some tomatoes off the plant. He just helped himself but was only eating the ones the birds had got to, so no biggie.
He sure likes his tomatoes. 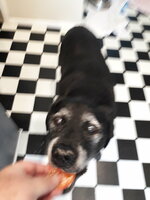 Well it is hard to beat a home grown tomato. 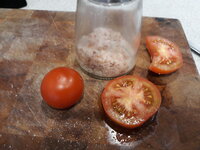 Ambassador
Well, your poly tunnel has lasted quite a few years and its done it's job. Nice looking spring onions (green onions). Dogs will eat just about anything except a heart worm pill.

Right now I'm just germinating tomatoes, peppers and some herbs like dill and chives. We have had very little winter here in Central Texas so my lettuce, kale and beets have done really well with few bugs.

Moderator
I should plant a few winter plants myself.

I got more years out of the poly tunnel than I thought it would last, so can't complain.
Our summer has been pretty mild here, so may be in for a mild winter as well.

I've also got a few Jalapeno and a Habanero in pots. 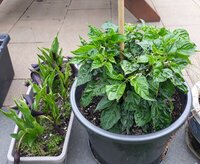 The wife has a few flowers around the place. 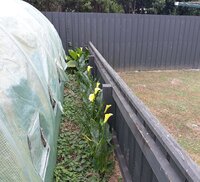 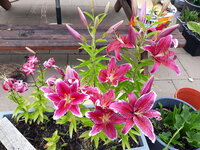 Moderator Emeritus
Time to start picking seeds for the new year. We did a few heirloom tomatoes last year . . . Can't say they were a success. Just not enough light and the limited growing season hurt. We planted fewer cucumbers and somehow by planting fewer ended up with more. Moving back more toward zucchini. I think this year I want to plant some multi coloured carrots and maybe some beets.
You must log in or register to reply here.
Share:
Facebook Twitter Reddit Pinterest Tumblr WhatsApp Email Link
Top