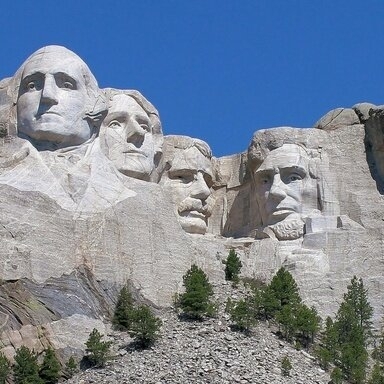 01. How did you find Badger and Blade and why did you become a member?
As I began my switch from using razor cartridges to DE razors many questions would come to mind. When I would do a google search, most times it would lead me to a link on B&B that concerned the information I was looking for. It was like all roads lead to B&B. Quickly I skipped Google and did my searches on B&B. I became a member so I could ask questions directly to the membership. After about 3 or 4 months I realized how much I enjoyed this website and how much time I was spending here so I became a contributor. I didn't want to be that guy that never picks up the check for dinner.

02. When you did or if you are working, in general what did or do you do?
I have had a few jobs over my lifetime. Out of high school I joined the Navy. After leaving the service I had a job testing underground fuel tanks and piping (gas stations). Next I serviced car washes for a few years then I worked in a chemical plant. For the past 20 years I have been working for a service company that repairs predominantly Fuji photo labs but also different equipment for companies such as Lexmark.

03. What part of the country where you were born do you like the most?
I was born and raised in Texas. My favorite part of Texas is the hill country which is central/west. Numerous hunting trips there developed my appreciation for the beauty of the land and the wildlife.

04. If you could live anywhere in the world, where would you go?
I would have to say Hawaii. It's such a beautiful place and the weather is excellent. I was fortunate to be stationed at Pearl Harbor for several years and I really enjoyed it.

05. Do you have any hobbies or pastimes?
In my younger years I was an avid hunter. That desire has waned as I have aged but I still enjoy fishing as does my wife. We have never owned a boat but we can usually find suitable shore fishing locations. It is peaceful and relaxing and I really enjoy observing wildlife. We mostly catch and release unless we catch a good sized Walleye!

06. Why did you choose the avatar that you have now?
Mount Rushmore is South Dakota's most recognized landmark. I really love it here. The population density is low as there are less than 900,000 people in the whole state. Coming here from Houston TX with it's 2 million plus inhabitants was very refreshing.

07. If you could choose any person in the world, now or from the past, who would you like to sit down and have a drink with?
Theodore Roosevelt is my choice. He was incorruptible, a man of strong principles and vision. He was a an avid sportsman and loved wildlife and the wild places.

08. What is something you'd like to do, but have not had the opportunity to do it?
I would love to travel to England. There is so much history to that wonderful country and most of it fascinates me.

09. What is one thing or accomplishment in your life that you are proud of?
I would probably say my service in the Navy. During my time we were mostly fighting the cold war and with the fall of the Soviet Union, I would say we won.

10. What is one piece of advice that you would offer to people in general?
Think of other people and the greater good more and less about what's in it for yourself.

11. If you could have any super hero power, what would you choose?
The ability to fly like Superman.

12. If you had to choose to be a kind of animal, what would you want to be?
A dog. I know that mine are well treated and much loved. Who wouldn't want that?

13. What kind of music do you like?
Mostly rock, some country, some classical.

14. If you could be any movie character, who would you like to be?
Robert McCall of The Equalizer.

15. If someone wrote a book about your life, what would the Title of that book be?
The Fixer. Most of my life I have fixed things and hopefully contributed to fixing a few people along the way.

Great interview, thanks for sharing some of yourself with us.

Your movie character and book title kind of go together in a bad guy, bad day sort of way.
Thanks for your service!

Excellent interview, great to get to know you better.

I've got a few people I'd like you to fix, but I suppose a man should take care of his own "maintenance" when required...

Great to know more about you. I'd love to see SD someday. Sounds like my kinda place.

Great interview, thanks for sharing! I hope you get to go to England soon, I went a couple years ago and really enjoyed the trip.

Great interview always exciting to learn more about someone I correspond with often.

Great much appreciate the information on you. I love SD - grew up in Billings, MT and had many trips to the Black Hills. Best Wishes to you

On behalf of my family and myself, thank you for your service.

From one "SoDakker" to another: well done!

Here's a useless piece of trivia for you:

Author Bernard Malamud wrote his book "The Fixer" while he was at Oregon State University. He lived in a cheap little apartment downtown over a business named "Jim the Fixer." His window overlooked the sign. Coincidence? Heh. Well, it's not about a junk shop owner in a small town, but the title's from the sign.

My first bicycle (when I was 5) came from Jim the Fixer. I still think I remember going to pick it out. The guy also used to have a sound truck that he would drive slowly around town, playing announcements over the speakers. What we used to do before ads on TV...

O.H.
You must log in or register to reply here.