Happy Father's Day to all you dads out there! An occasional cartridge razor shave with a Harry's. 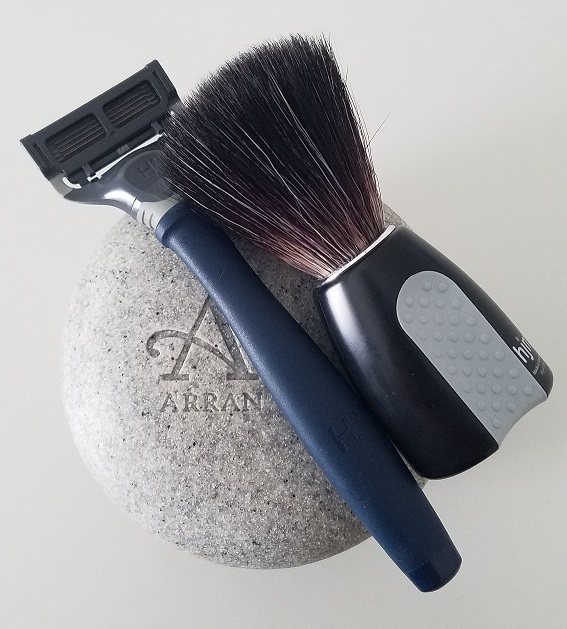 I first got the balm in a trade for real cheap and I loved the scent so much I decided to get the soap. This is a great dark aquatic and my favorite new scent! The post shave feel is so impressive! The balm what really got me loving Zingari man, but I’m glad I got the soap because the sego base is amazing! Top notch artisan for sure!

- Shared from My Shave Den for iOS Results: Relaxing afternoon cold water shave with the Yaqi Top Aggressive Slant with Baili BD176 handle. The Yaqi Slant, my 2nd slant razor, is considered by many shavers as the most aggressive slant safety razor. I used a steep angle approach (riding the bar). Shaving with a very good performing shaving soap & Kai blade, the Yaqi Slant was a real Stubble Buster! Easily mowed down 3 days of growth in 2 passes & touchup. Efficient BBS result. No bloodshed. No drama. Ice Cold Aftershave, brrrrr it's cold!! Great Shave!! One of the best shaves of the year!!!