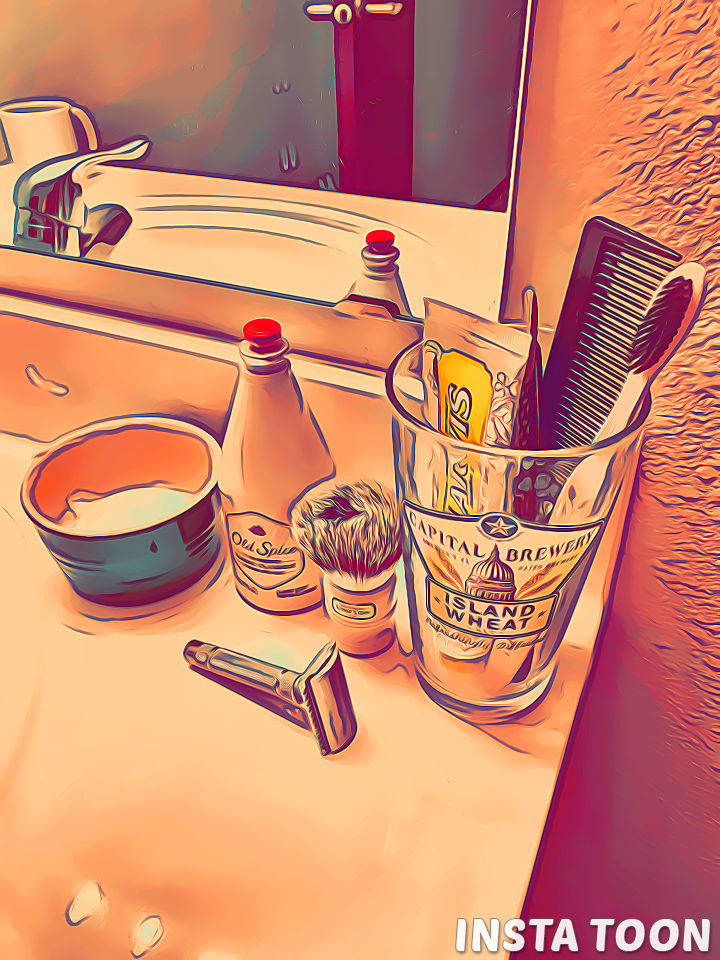 Jacque David II Lecoultre, the founder of the LeCoultre replaceable blade razors, was born in 1781 in Sentier, France into a successful blacksmithing business started by his father. He and his son, Antonin started by making razors for their large family that had originally settled in the Sentier region in 1593. Antonin spent a few years in the 1820s in Geneva, Switzerland studying clock and watch-making. In 1830 LeCoultre et Fils, a razor and watch/clock making firm was founded.

Antonin’s training led him to develop one of, if not the first, replaceable blade shaving razors. Their presentation of their razors and watches at the Great London Exhibition of 1851 was very well received by visiting North American agents. The razors were rather expensive in their day and tended to be sold in jewelry stores along with Antonin’s watches and clocks. The razors were produced and sold successfully through the end of the 19th century. Antonin’s luxury watch and clockmaking business continues to this day.

My shave this morning with my 1860s vintage LeCoultre Frameback N2 was excellent. A previous owner flattened out the ends of the scales. I may round them back out at some point, but the magnificent shave it delivers is unaffected by scale esthetics. The N2 blade currently attached holds a fabulous edge and delivered an incredible two and a half pass mug shave that left me happily velveteen smooth.

Gillette’s first safety razor model, the famed and highly sought after “Double Ring” was quickly replaced after one year of production by the Single Ring in 1905, although it was actually known just as the “Gillette Razor” for the first decade of production. I have two Single Rings, both of which date to the first year of production. They shave well, but don’t hold a candle to the Gillette New LC, my hands down favorite Gillette blade holder. Two ATG noggin passes left me velveteen smooth from dome to neck.

Wow, the brush and after shave look great together. Looks like an identical shade of blue (at least in the photo). Very cool We are having guests at home today, so I had enough time for a quick two pass shave. A nice and efficient one - the combo of Karve CB SB F-plate and the sharp Gillette Wilkinson Sword on the 4th use provided a very close shave.

Enjoy your Sunday, y'all! nice sweet Bayrum with some clove+ a dollop of CeraVe moisturizer lotion + scentless.
Results: CCS,DFS,BBS + no irritation + no weepers =

Excellent shave with my Yaqi V2 Excalibur with a Schick P30. 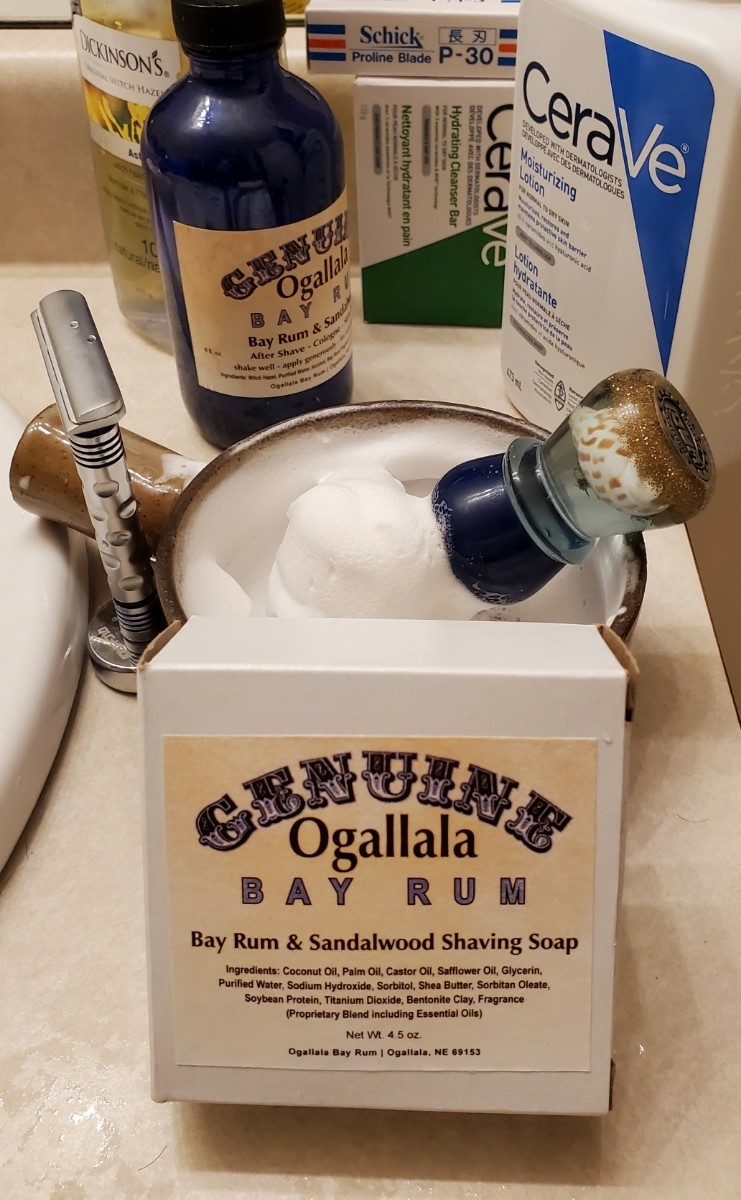 DFS result, no mishaps- hadn't done a TOBS shave in a long time; it was fun:

Have a great week! 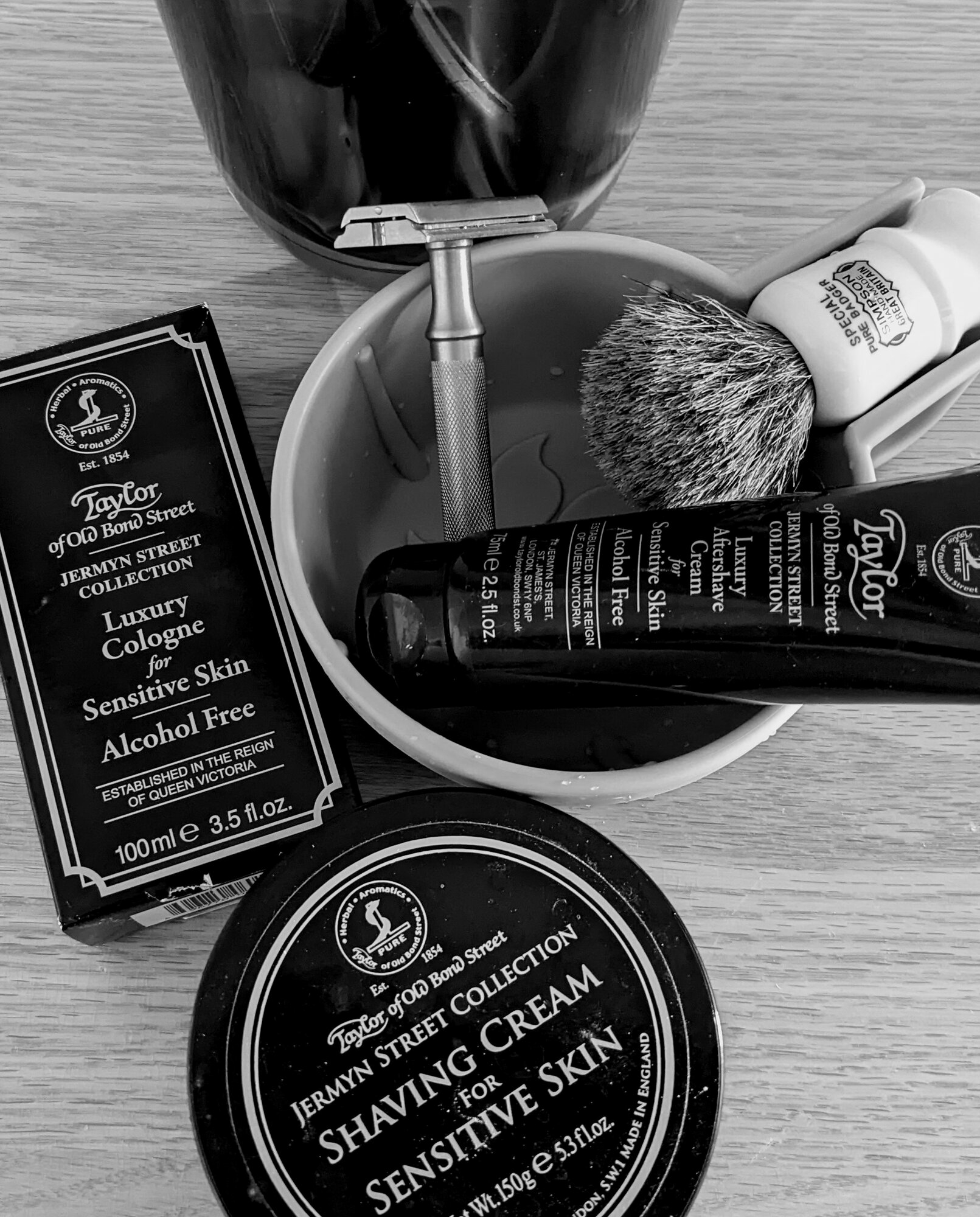 (as before, until the bugs get fixed, hit 'reply' to show image from imgur! sorry!) Orange is the new…orange.
My second shave with this single ring Gillette razor, but with a different blade. Although this razor does shave me nice and close, I still find that that the open comb makes for a slightly rougher ride than my Gillettes with a safety bar. No it wasn’t awful or painful or anything, but your post shave senses know you were shaved with a razor. I decided not to strive for a BBS, but I came pretty damn close with only two passes. I think when Using this razor in the future, I’ll deploy my slickest soap bases such as PAA CK6. Thank you. It’s something I thought would be fun to add.