Rockwell T2 4/5, Gillette Super 84 7, Treet Falcons MDC. Model T I find a bit clunky and inelegant compared to the Black Beauty but once dialed down to 4 I found it a far better performer on this day. Surprised how much more blade one gets at the 5 setting, 4 felt just right. Probably could have gotten to a BBS on my head with a second lather but elected just to do pickups with the Shake Sharp.

Sent from my Pixel 4a using Tapatalk

Yet work it does, and well, too. Made
for a wonderful BBS shave this a.m.
that's left me feeling tip-top. 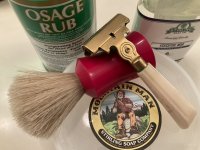 It’s getting near time to make some changes. I have 33 shaves with the Mountain Man. Maybe a couple more left on the sample. I lost track of how many shaves on the Schick blade but it seems to be losing its sharpness. I’ll give it another shave and see how it goes. The result was still a DFS. Shave Rating: 10/10
Hot Dam…askeene!
I was digging around looking for a plated Shovelhead when I opened a box that had a nice plated 1912 that somehow was put away with a Jr. bar handle. After examining it I realized it was a Damsskeene open comb that had somehow evaded the rotation for some time. It was like having a brand new razor to try out.
I hated to be reunited with my Damaskeene by throwing a blade that already had nine shaves on it, but not to worry, it was a perfectly smooth comfortable shave. I usually toss my GEM PTFE blades after ten shaves whether they need it or not, but decide the shave was so “uneventful” that I’d keep it around for number 11.
Cognac & Cuban Cigars…mmmmmmmmmmm…one of the finest tobacco scents out there!
This is the tallow, triple milled version. There is also a standard vegan version. 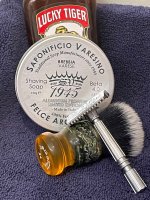 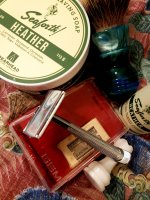 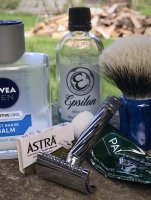 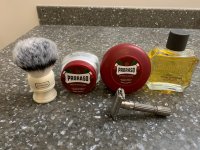 The Vanilla Safi has simply wowed me. I used it for the first time yesterday and enjoyed it so much I used it again today. A fantastic shave resulted -- of course, the H&S and the Mozingo for me at top performers as well. 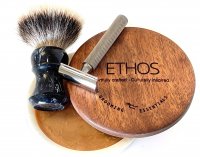 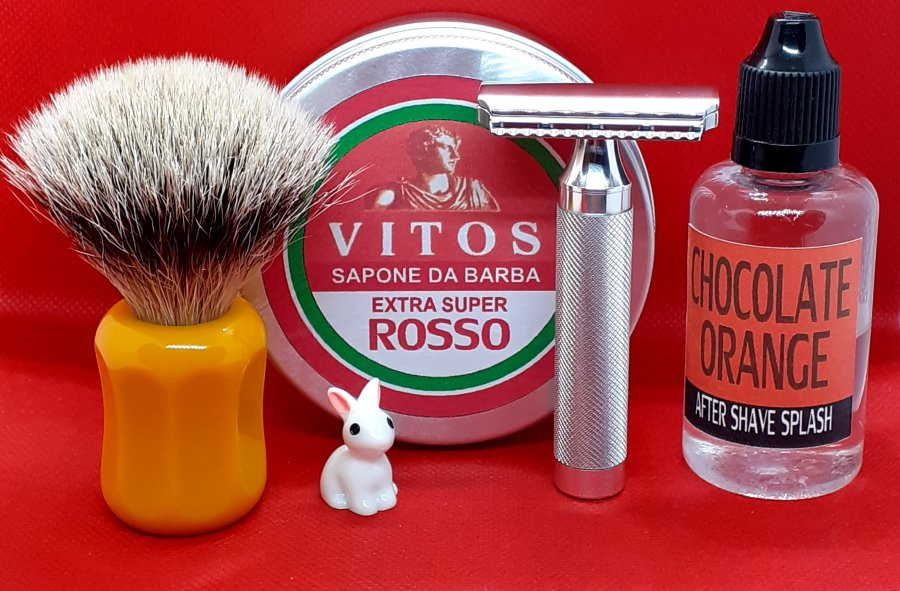 (This ASL is so relaxing. 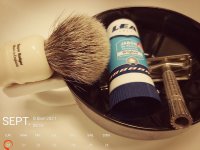 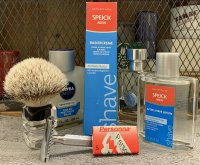 An invigorating and very close shave. 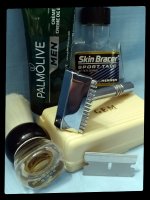 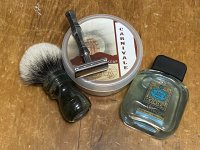