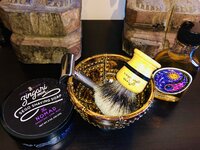 Excellent shave with my Gem 1912 Damaskeene O.C with a Gem teflon coated blade! 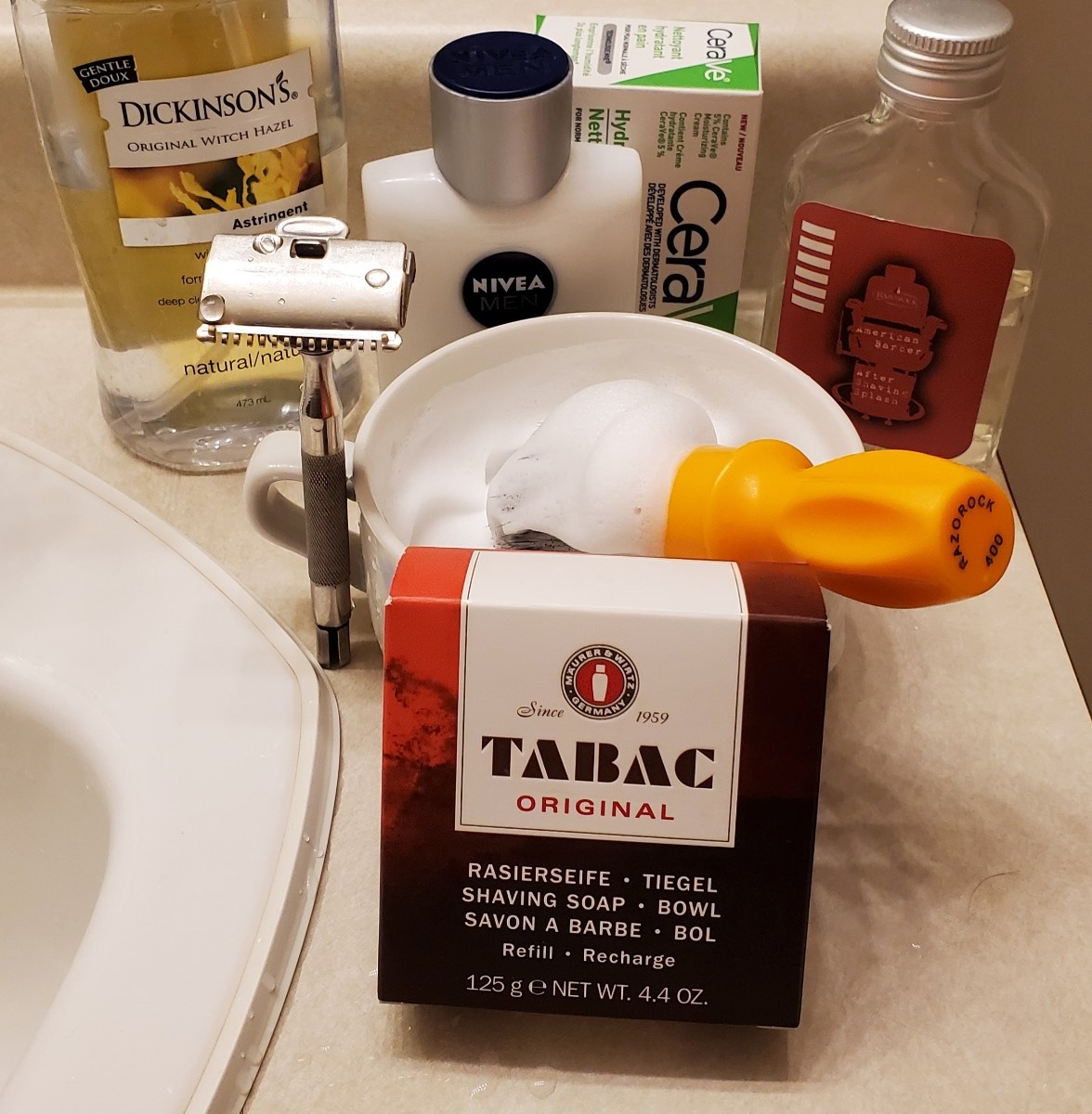 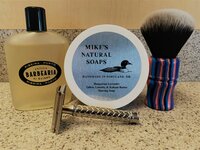 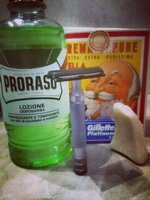 Man, this razor is just awesome. One of the most efficient "mild" shaves in my den. I started off bowl lathering the soap. I'm not a big fan of the consistency of the lather CC produces, but it does always give great slickness and residual. The razor glided so easily, and my shave was very close and eminently comfortable. Awesome!

I’m really enjoying my shaves with these early 19th century Sheffield razors. Setting the bevel on this wavy Frederick Reynolds 5/8 was a challenge, but the two pass mug (WTG, ATG) shave this morning was well worth it. The buttery smooth edge made short work of my 24 hour stubble. I realize given the closeness of these shaves that I could easily get away with shaving every other day, but I just enjoy the process too much. My Ever Ready Streamline took care of my dome shave leaving me with the expected velveteen smoothness I’ve come to treasure in the mornings. I feel refreshed, limey-clean and velveteen! 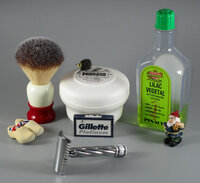 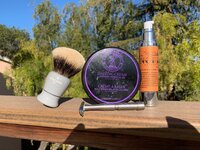 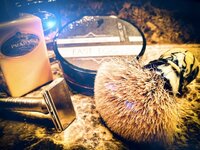 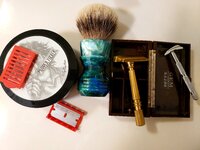 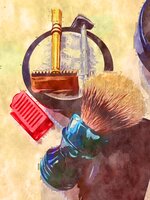 As you all know I like to give away Smiles, today as I retrieved the mail I found a Package from Tony Forsyth (TF custom shaving brushes) as I opened the package from Down under and as my eyes fixed on the contents of the package I have not stopped smiling ear to ear

a TF custom brush with a 28mm Rhodium hand tied badger knot . Thank you Razor and Brett and whoever else took part in this amazing gift

I can honestly say that it is one of the nicest things anyone has ever done for me and I will cherish it.
So today I just had to use my favorite set up, Razors, soap and blades and now this amazing brush

Finished it all off with simply the best skin food for My face (thanks Frank)
What a Great Shave!!!! 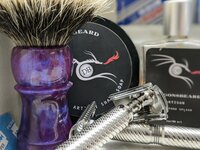 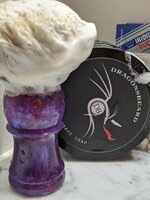 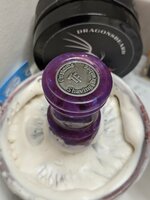 First of all, arko cream creates more than enough lather and preps the skin for a comfortable shave and smells nice.

However i had a worse shave than yesterday. Wilkinson razor and blade combination is sharp enough but i had some pain, cuts and irritation on my neck during the second XTG pass. I guess i should let more days pass in between shaves because if i shave every day i experience discomfort. Of course I'm still relatively new but just saying. The post shave feel was ok and the Arko cream doesn't leave your skin dry like the Wilkinson cream. That being said, the proraso red soap has given me the best shave up to today in comparison to creams.

The Wilkinson razor and blade performed ok but the lord l6 with lord platinum blade gave me a smoother shave. Has anyone had any issues with the Wilkinson razor?? It's thought to be a good razor.

After i slashed cool water to close the pores i used the proraso aftershave which stung as expected but it was ok. I followed up with Nivea sensitive balm and Nivea moisturising cream for men that helped calm my skin.

That's all for today. I hope somebody finds this helpful and any advice is welcome! 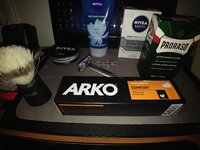