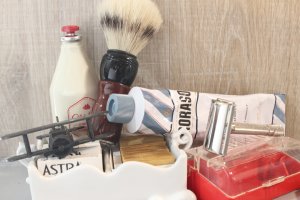 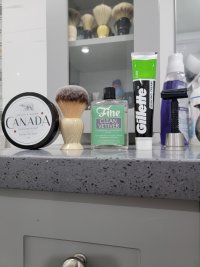 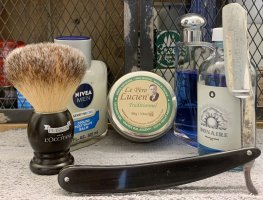 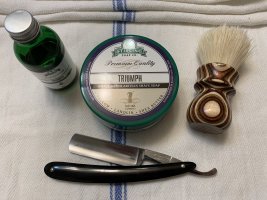 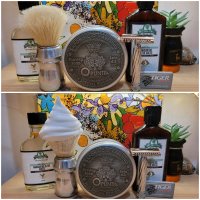 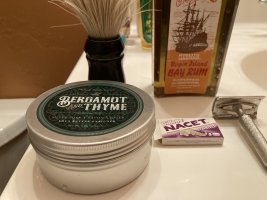 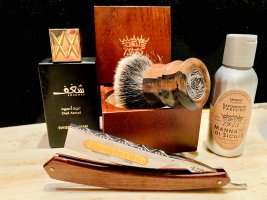 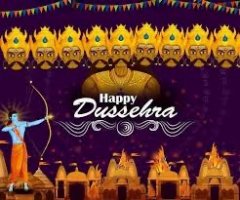 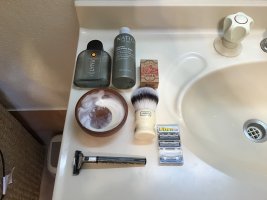 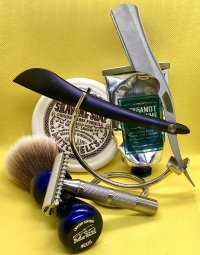 Unlike some of you, I started my open edge journey with straight razors, and then began using barber’s razors/shavettes. Now I realize that the term shavette is properly attributed to Dovo who originated it, but it has become common parlance for any replaceable blade open edge shaving device. After a brief fling with DE and injector based shavettes which I found too light, I moved to AC Barber’s razors, starting with the SS model which never felt like a true straight, probably because of the pronounced lip around the edge. The DX was a different story. The only issue I ever had with it was its size. The edge shaved and felt much more like a true straight.

However, it wasn’t until a good friend began talking up this new straight being designed in Switzerland that I began to pay attention. So I bit the bullet and ordered one which was priced comparable to a custom straight out of Ukraine or Latvia. Since I’d held off, I wasn’t eligible for the 30% off deal for the first 100 buyers, which my friend, Bill, participated in, but I do not regret the purchase. Far from it, this is the only shavette/barber’s razor that actually feels like I’m shaving with a well-honed straight, particularly after being fitted with a Feather Super blade. Two mug passes with some final buffing and flatblading on those troublesome neck whiskers, and I was as smooth as I like to be. The Tedalus Essence is just a superbly designed shaver.

Although I wasn’t part of the initial 100 buyers of the Tedalus, I was one of the initial buyers of Fine Shaving’s all SS safety razor entitled the “World’s Finest Razor”. This SS safety razor was, according to Fine Shaving, intended as an homage to the Gillette New LC. The New LC is an awesome OC safety razor. This particular razor was not an OC and is no longer sold by Fine Accoutrements, and that pretty much says it all. It’s a decent razor, but isn’t in the same category as the New LC. Honestly, Fine really had nothing to prove! Their little $40 “Marvel” was already an aptly named incredible little shaver. In any case it took three ATG noggin passes this morning to leave me oh-so-smooth from dome to shoulders. 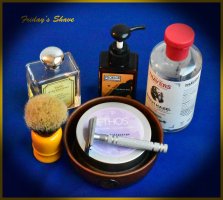