I tried the schick type n for the first time. Supposedly it came out of the estate of a schick engineer somewhere in the northeast us I believe. The seller couldn't produce any proof but the price was right and the razor was brand new. I wanted something special for Thanksgiving. I used a new chick blade, wow signal soap and after shave. I've heard the n called mild. I would say it's mild compared to like a type g but not as mild as one of the lady schick injectors. Wasn't quite blood free. Had a couple tiny blood spots that quickly sealed themselves and no irritation. I shaved against the grain .It was a damn fine shave but I believe I could get bbs or close to it. 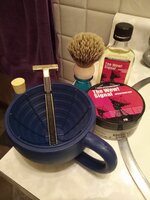 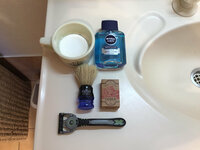 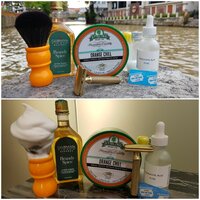 Contributor
My DS Cosmetic stainless steel Z0 arrived today. After inspecting it, measuring it up, photographing it, etc... I HAD TO break my WFSR run and give it a shot. (LINK to Z0 details.) 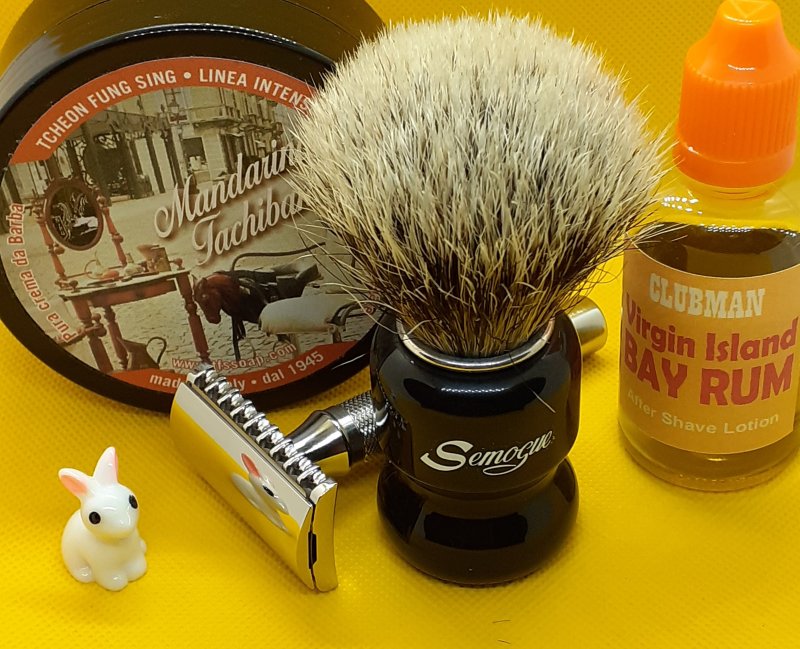 That was an interesting shave. I think I got off lightly with two tiny nicks on the point of my chin. I know well that the 2013 Mühle R41 has loose blade syndrome due to its large clamp distance, but I could easily tolerate it as a daily driver nonetheless. The Z0 exacerbates that problem due to its holding the blade nearly flat. I'm definitely a steep angle shaver, but I reckon 90° is just a tad OTT.

Toward the end of the shave I looked at the razor and couldn't believe what I was seeing. Waste whiskers and lather were crammed in between the cap and the blade, giving it a wicked little smile. After thoroughly rinsing the razor (which should have been easy due to the slick 'n' thin lather) there was still some waste trapped between the cap and the blade, so I took a pic: 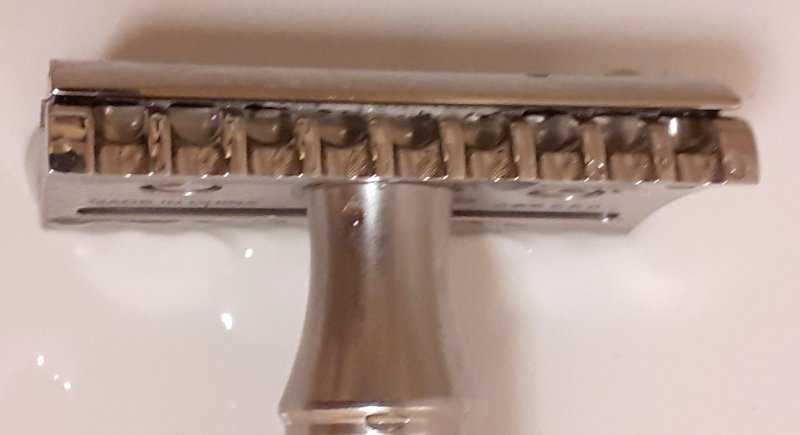 My apologies for the lousy pic. Although it's hard to make out, the blade is actually running below that waste. When I first spotted it (before final rinsing), it was easily three times that thick, giving the blade a pronounced smile.

Shaving with The Coach (my "no guard" razor) is a piece of cake compared to this:

When they said VERY AGGRESSIVE, they obviously meant it. 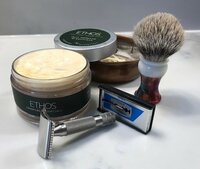 Happy Friday every one!

Herman Melville said:
Had no idea Pinaud made Clubman in more than two scents!
Click to expand...

I do believe if you count the Jeris line as well they make 4.

First Day of the Christmas Season, Everyone. I went with M. A. Space Soap Christmas 2019 and the GameChanger .84 plate series.

If you haven't tried M. A. Space Soap it is well worth the money. The owner is also working to help with the vaccine to the current crisis. 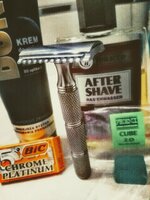 Hahahahaha....thanks! Yes, it was a lot of fun for the past 5 days. Nice to be able to work around this heritage site.
The sad thing due to the current pandemic, hardly any tourist and local business is suffering and closing, similar to many other countries. 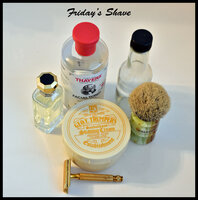