Greating from Ankara / Turkey!
The first photo I posted in the B&B.
As a general expression after the shaving in Turkey: "Sıhhatler olsun" : Good health to you. 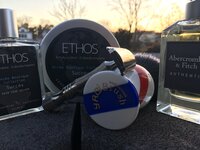 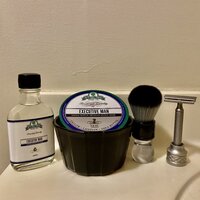 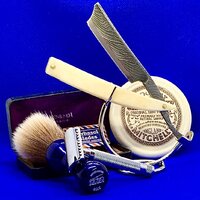 I have a relatively small straight razor collection compared to some of my friends which consists primarily of vintage straights. Until yesterday I owned one modern artisan straight, a Rigarazor 15/16. As a long time custom knife collector I’ve been a fan of pattern-welded Damascus and Wootz steel blades, and when I started hanging out on some of the FB straight razor sites I began to notice the work of Victor Creazzi. What particularly caught my eye was the manner in which he built his “Fancy” razors with a monosteel edge welded to the Damascus billets he builds from scratch. My son, who has his own forge, and hopes to become a full-time bladesmith when he retires in 15 years, tells me that building a razor in the manner of Mr. Creazzi’s self developed SanMai method is not a trivial undertaking and reflects true razorsmithing mastery! I concur! Being retired since 2012 and on a fixed income I have lusted after one of Victor’s blades, a razor he named “Bone Mosaic”.

As the months passed, I began to accumulate the funds for my down payment, all the time hoping it wouldn’t sell. Since retiring I have joined the faculty of a small business college in Philly. After agreeing to teach a recent senior seminar, I knew I would be able finally acquire my dream razor which was still available. I contacted Victor, explained my situation, and he graciously agreed to accept payment in two parts. The razor arrived a few days early from Colorado yesterday. I will admit, I’ve handled quite a few pattern-welded Damascus knife blades over the years, but never a razor crafted so exquisitely! The attention to detail and the absolute perfection of the edge which I examined under a USB microscope blew me away! But the shave was in a class by itself. Victor’s razors apparently have a reputation for singing, and it’s well-deserved. “Bone Mosaic” belted out the ‘Buttering Toast’ refrain through each of the three passes leaving me with the kind of mug shave I’ll keep touching throughout the day.

As it turned out, the entire shave turned out to be epic, as @Keithmax of TSD is wont to say when referencing a memorable shave. My new MrEE (@MrEE) blue aluminum handled brush fitted with a SynBad knot performed brilliantly with my regular MWF. It’s my third brush from Evan all of which are great performers. The dome shave featured my Barbasol Floating Head safety razor which dates to the third decade of the 20th century. These 90 some odd year old safety razors have developed a reputation for extreme shaving efficiency; one that’s well deserved and should be respected. When I first acquired the razor a few years ago I learned early on that if my attention wandered, she’d bite like a jealous woman! Having been properly schooled by Madame Barbasol, I paid her the attention she desires, and was rewarded me with a two pass ATG porcelain smooth result that was in keeping with the fantastic mug shave that preceded it. I feel refreshed, clean, and oh-so-smooth!

ekindgn said:
Greating from Ankara / Turkey!
The first photo I posted in the B&B.
As a general expression after the shaving in Turkey: "Sıhhatler olsun" : Good health to you.
Click to expand... 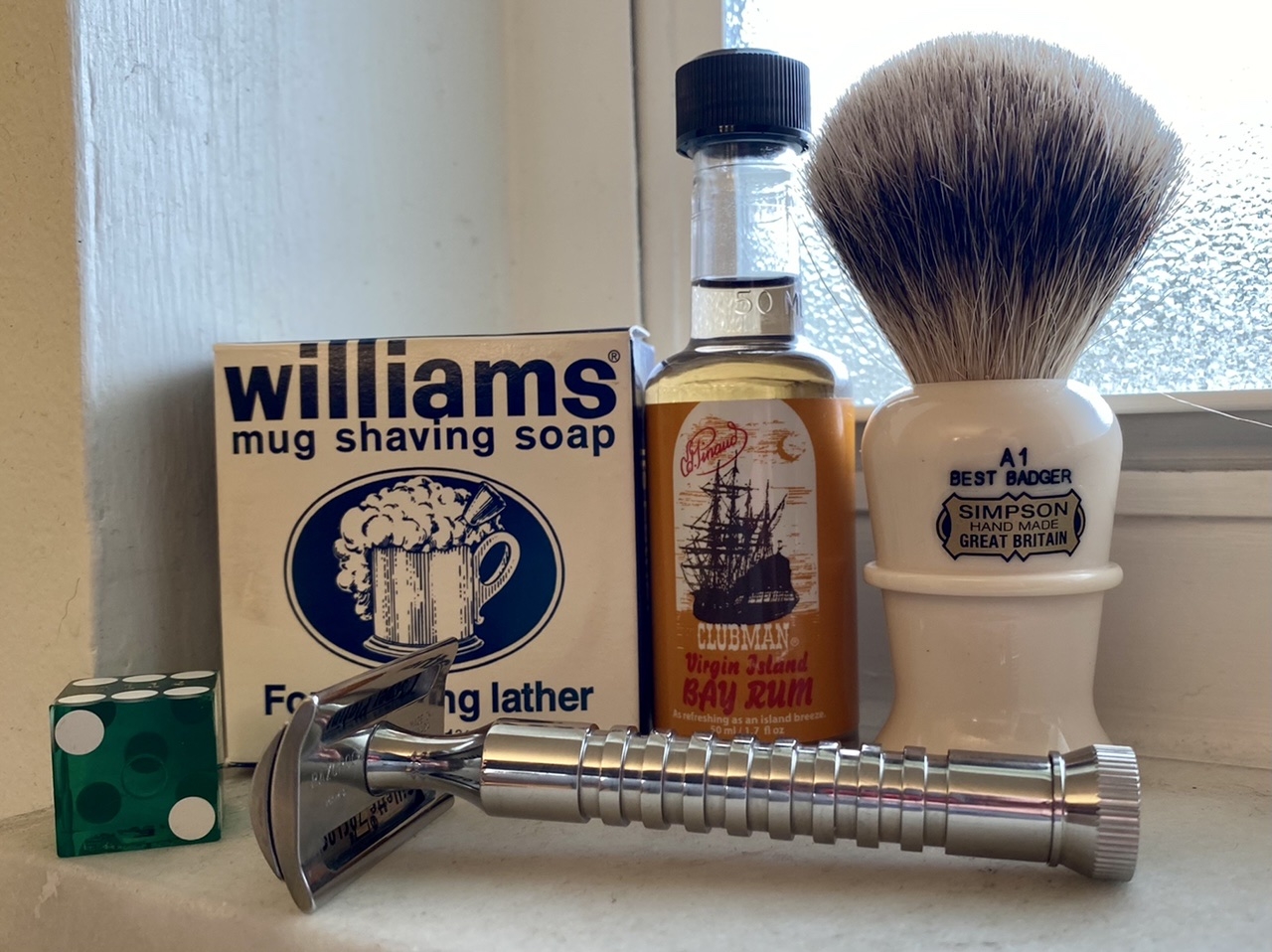 A really good shave tonight. Two passes, plus neck touch-ups for an all-around DFS. A bit of feedback from the alum because I was determined to clean up the trouble patch on my lower neck. That I could do so and still have a comfortable shave is testament to some great lather from the Williams, the rigid design of the Mamba, and a sharp blade with the 7 O'clock. Even though it's in the picture (and was intended), I ended up not using the VIBR as I was in a rush after my shower and forgot about it and the hyaluronic acid. No issues and I didn't even realize it until several hours later. 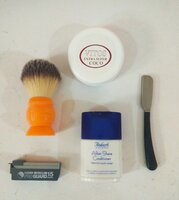 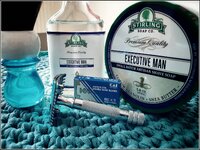 After yesterday's ultra close shave with the R41 GS in all honesty I did not need a shave today. But I still wanted to shave so I opted for a mild razor but a sharp blade. After two nice passes I settled with dfs and a calm skin.

ekindgn said:
Greating from Ankara / Turkey!
The first photo I posted in the B&B.
As a general expression after the shaving in Turkey: "Sıhhatler olsun" : Good health to you. 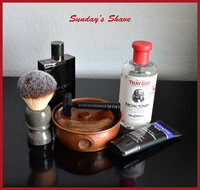 Have a great day!​

Very nice classic cologne scent from the CRSW Glide soap. As usual, the lather was very slick. A very light touch is required with the London Bridge/Wilkie vintage blade; the rewards being a very close and comfortable shave. 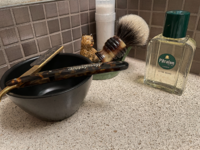