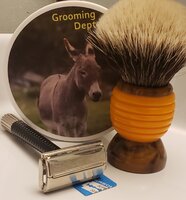 You are not helping my 2020 Sabbatical showing off the beautiful Rudy Vey brush!

Just on a whim I pulled out the Weishi Adjustable. It's good to see some original design coming out of China.
3 passes for a perfect finish

Contributor
Today my BBS-1 week shave #3. I am now into my fourth week of my 2020 Sabbatical and getting to really appreciate the tools I have in my den.

The Wolf Whiskers handle has a Shavemac D01 knot, with extra weight in the handle. It is a beast of a brush, but once lathered, provides terrific results. Today with the GD Mallard Rose Chai.

The Stirling Piacenza always reminds me of the beach for some reason, so the Little Hula Girl gets a cameo. 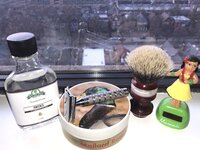 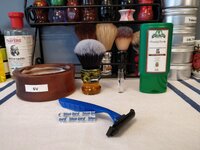 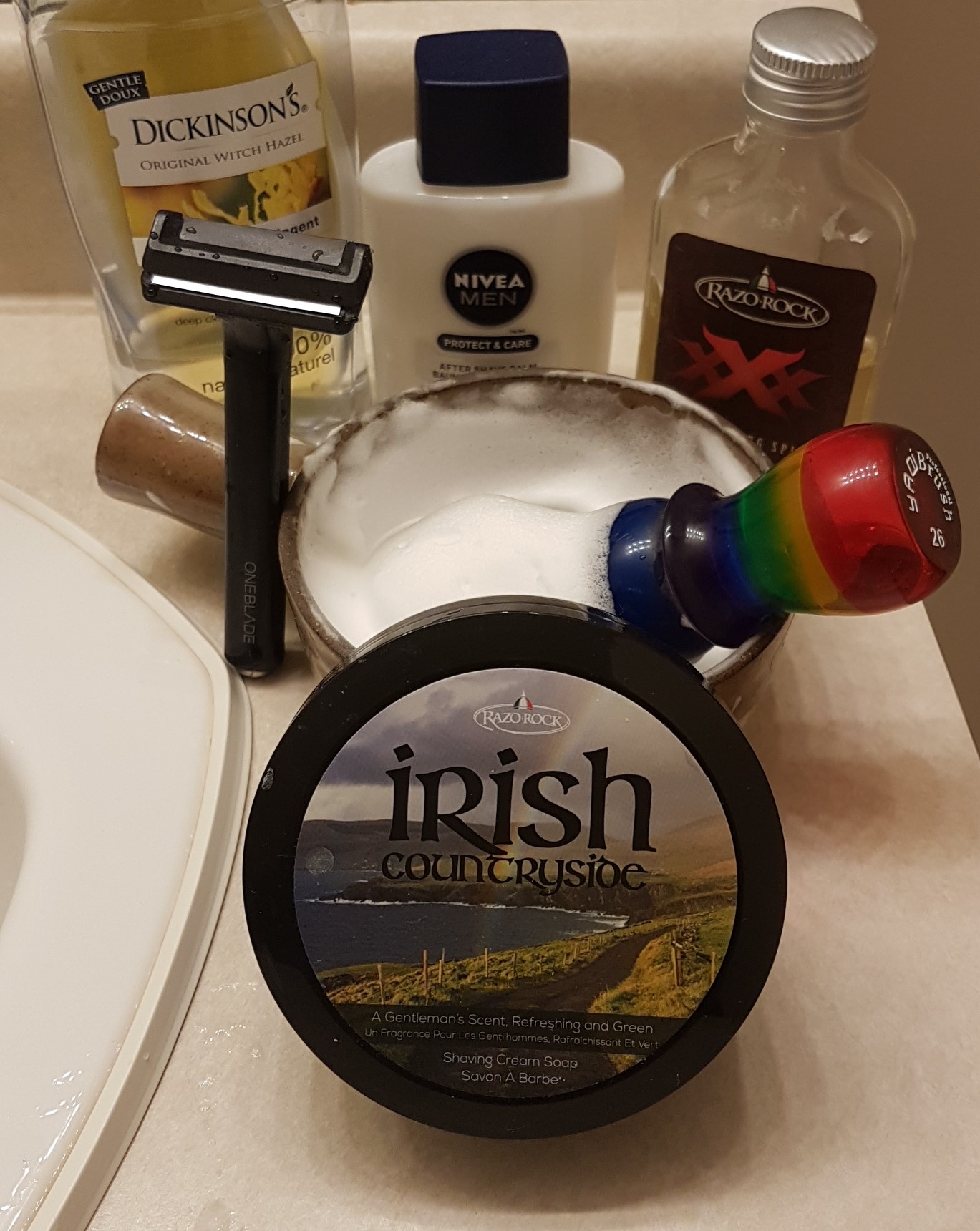 It's Hedley said:
You are not helping my 2020 Sabbatical showing off the beautiful Rudy Vey brush!
Click to expand...

I know the feeling. It was well worth the money spent. His quality is top notch, and the level of feedback and knowledge he provides is really helpful in the design/ordering process

Just on a whim I pulled out the Weishi Adjustable. It's good to see some original design coming out of China.
3 passes for a perfect finish
Click to expand...

I have all of Stirling's mutton tallow bases except for Glastonbury. That base is hands down one of the best I've tried, regardless of price
A 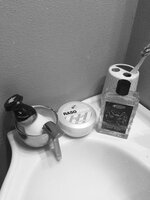 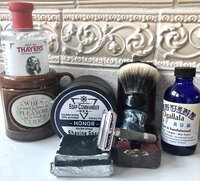 SWMBO returns this afternoon, so I get to indulge my scent deprivation syndrome ((SDS) for one last day. After a series of great shaves with my Gibbs Adjustable, I decided to spend the next few days shaving with one of my favorites, the LaResche 77. Although the razor appears intimidating, it’s actually one of the smoothest shavers in my Den. Armed with a Suneko blade, it swept right through my whiskers cushioned by a Soap Commander ‘Honor’ lather enhanced by PAA’s Preshave Cube. Two passes on the face for a near BBS and one and a half on the still tender noggin, recovering from its savaging by my defective Rex two days ago, and I happily settled for a very easy DFS.

After sending Matt Pisarcik numerous detailed photos, he’s asked that I send the Rex in for repair/servicing. So all is well on that front.

I really enjoyed the ‘Honor’ soap and Ogallala Bay Rum/Sandalwood AS, which I can’t use when SWMBO’s around. So all is well in southeastern PA! I feel clean, smoooth and refreshed, ready for the day!

Tfswildfire said:
I have all of Stirling's mutton tallow bases except for Glastonbury. That base is hands down one of the best I've tried, regardless of price
Click to expand...

I personally think it is a step up from the beef tallow which is still very good.There is a lot of Patchouli in Glastonbury.

Tech Tuesday shave - the Tech is so mild it pairs best with a fresh Feather blade. 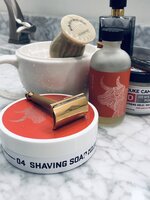 This Mornings shave - The Alpha and Omega, my Rhodium replated 1938 Gillette Sheraton is my favorite razor in the den. Looks great and shaves even better. 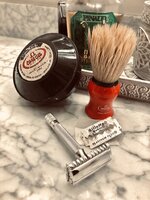 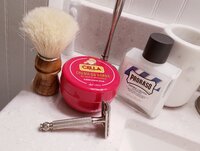 The Tech is a great little razor. The looks, the handling, the shave; all excellent. I feel like I'm still trying to decide the angle I like best with it, because it does have a range, but right around 30 degrees seems to be the smoothest. What was NOT smooth for me was the blade. Because of my thick hair, a lot of blades that have many fans in the community like Wilkinson Swords and Voskhods don't really work for me. The blade really had a tough time getting through the hair; no tugging, but just not smooth. Part of that is probably because the razor is so light; a heavier razor may improve its performance. Next blade in the Tech will probably be an Astra. But despite that, the first pass took off a LOT of hair, and after the second I barely even needed any pick-ups. People call this a mild razor, but don't be fooled: it is efficient as hell.

The Cella was a pure delight paired with the SOC. Oh man is that a great freaking brush. One of the quickest face lathers I've ever had, with a perfectly hydrated, creamy, dense lather as a result. Can't beat it.

Today I was in a huge rush.
I used a Global Shave Clubs Rain razor. I used Noxema as a preshave, used Nivea Shave Cream, I used a Kent synthetic brush.

I got a BBS shave in under 10 minutes. BBS no wrappers, nicks,or cuts. I used some skin bracer at the end. 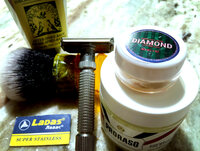