Two-passes, minimal feedback, DFS+ with a small, typical patch of CCS on the right side of my neck. Overall shave, though? A solid 10 out of 10. This was one of those where everything came together: blade, razor, brush, soap, aftershave, and scent. I was in no hurry and had a great shave soundtrack: Joan Jett and the Blackhearts Greatest Hits, natch (per Dr. Jon's, she was the muse for soap and aftershave). 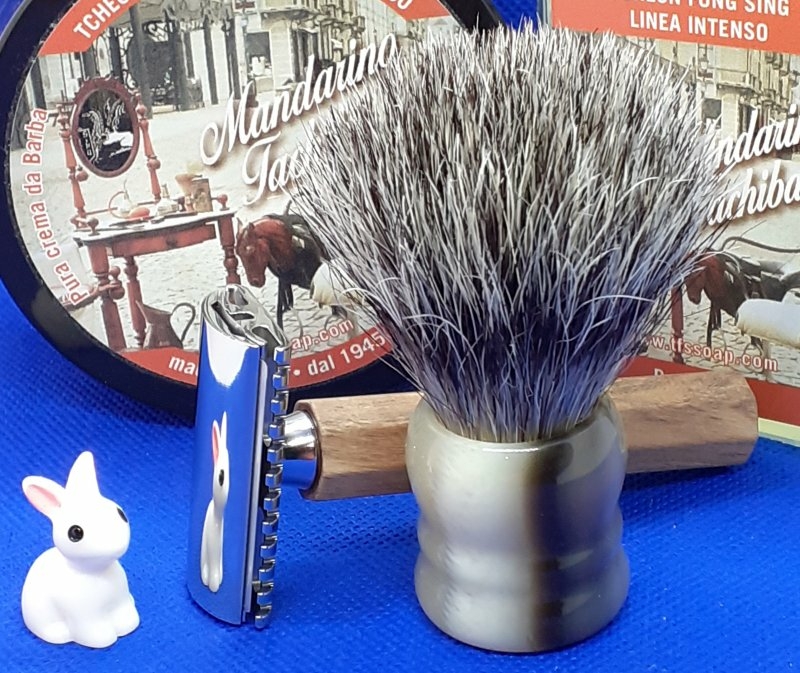 This is fun. I'm getting to know the Timeless much better.

The only change today was my new replacement Omega Mixed Midget brush. Naturally it was bit scritchy but had top scores in every other department. I love the wee Mixed Midgets and have high hopes for this one. 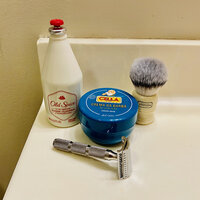 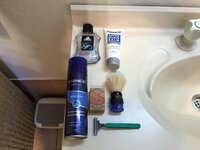 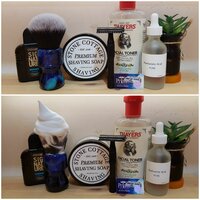 Wow. How did it lather?

BigD said:
Wow. How did it lather?
Click to expand...

It lathers well but sadly none of the great smell of Brut remains; I use it very rarely and only scrape a tiny amount from the underside of the puck. I have never seen another Faberge Brut shaving soap and am not even certain it is a genuine Faberge product as I cannot find any pictures on the Internet with which to compare it. It is certainly decades old though going by the appearance and the stearic acid surface spots. 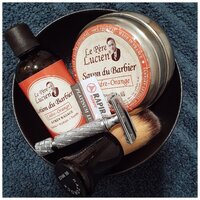 Sent from my Pixel 5 using Tapatalk
U 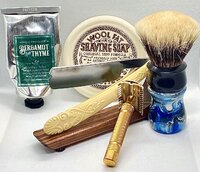 Here we are on Day 4 of the Gillette safety razor focus, and it was time to pull out my favorite shaving Gillette, the New LC. This safety razor is hands down my favorite dome shaving Gillette. It never fails to deliver a very close, smooth noggin shave, and it certainly didn’t disappoint this morning. Equipped with a Kai blade it swept away the dome stubble while providing that blade feel I so enjoy. The mug shave that followed featured my Wade & Butcher 7/8 with its retouched Naniwa 12k/Jasper stone edge. Three delightfully slow buttery smooth passes completed this morning’s shave and put the baby to bed. I feel refreshed, clean and velveteen smooth.