I used my Yaqi Moka Express (synthetic) to face lather Proraso green; shaved with a Shark Super stainless loaded into my Razorock German Slant. Finished with a splash of witch hazel and CeraVe.

I only have two slants, the other being a FOCS. I've taken too switching off between the two. Today, it cost my a slight nick on my chin. Otherwise, DFS. 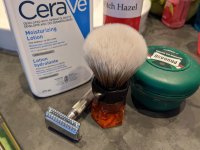 wunderbar + treet platinum (2). possibly the most comfortable shave with the wunderbar yet. I tried not to overdo the cleanup. 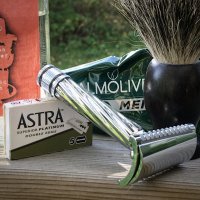 Today was a really great shave.

Brush: I got this from Maggard around Black Friday for TWELVE dollars (was $25 at the time and now up to $30). Even at 30 it's a great value and reminds me why I don't really touch any of my synths anymore. 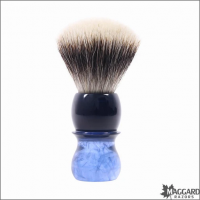 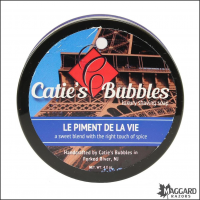 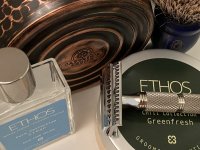 bigbrucefan said:
Even at 30 it's a great value and reminds me why I don't really touch any of my synths anymore.
Click to expand...

So now you are a bigbadcherfan

JAHE said:
So now you are a bigbadcherfan 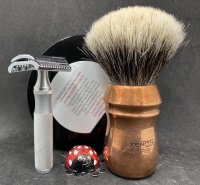 Both razors were opened 1/4 turn. Now that I've tried it, I'm not going back to snugged up on these razors. This was my most effective shave with an unshimmed El Fantasma. It was also an extremely close shave on both sides.

The ElF is too light for my taste, the MSS is too heavy. But...

No, they don't all look the same in the dark. Choosing between them, I would pick Ms. MSS for a long term relationship. But I expect she's leaving tomorrow for points north.
Last edited: Sep 14, 2021

Sept Stirling Slant Wed 15 SOTD
Soap Stirling Haverford
Brush Yaqi 24mm Synthetic Clear Handle - New & Very Nice!
Razor Parker SemiSlant
Blade Vintage Polsilver Super Stainless 8th
Aftershaves Stirling Witchhazel MitA + Stirling Haverford Splash & Balm with some Frost Drops...
Awesome aromatic cigarish tobacco scent! One of my favorite! The lather was creamy and slick too...
The shave with razor paired with this continuing blade test was still ok for 3passes without any issues but can feel the blade is not as good. Can feel some chattering. The result was dfs to ccs. Matching aftershaves were awesome as well!! 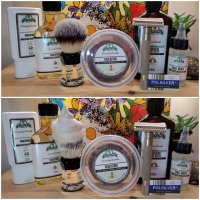 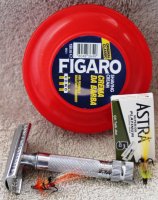