Late posting about last night's shave. Good, as expected with the Schick. Blade is settling in nicely.

The Type G is a joy to use. I planned to use a different injector every day this week, but the G may be Groundhogged tomorrow!
View attachment 1332011
Click to expand... 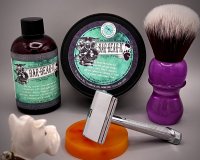 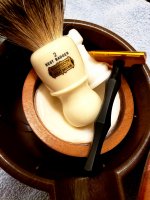 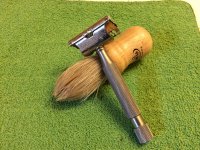 This week in the Lather Pit is "Out of the Shadows" week. Last week was "History Week" featuring among other treats the Gem Jr. Bar. "Out of the Shadows" refers to some razors that, while not precisely rare, are not too often seen or are ones that I personally don't use often.

Today's razor is one I don't use often, though for no particular reason other than I've been spending a lot of time with slants. Those who shave with a diversity of ASR products usually say that Gem branded razors tend to be a bit milder than Ever-Ready and Star in particular. (I don't personally know about other ASR razors, but I have used Gem, Ever-Ready and Star.) For whatever reason, the 1914-pattern Ever-Ready "Little Lather Catcher" has always been a bit of an odd duck to me. It's more aggressive than the 1912 pattern, but milder than the 1924 Shovel Head. It always surprises me when I pick it up expecting a Gem shave and get instead an Ever-Ready shave.

In the end, the LLC managed a nice close DFS. Could have gone further, but I was running short on time.

Wiki Team
Contributor
I've been untrue and strayed to the DE side for a few shaves. No real excuse other than I got a bug about trying a certain blade. I'm planning to finish out the month strong however and, to that end, I had an excellent shave with my Parker today. I ended up not shaving for about four days for some reason (it's been a weird few weeks) so it was a great test of the razor and my skill. I'm still in the low double-digit times of shaving with an injector so still getting the hang of it.

I have to say, for someone who didn't like Cella at first, I have been proven utterly wrong by that initial impression. What an amazing lather this soap can produce! With just a light load in the brush brought to a wet face, I can produce gobs of thick meringue-like lather. The large knot of the Atomic Rocket helps of course. I had a typical three-pass shave but really took my time. I made sure to use very little pressure, just enough to engage the razor head since it's a pretty lightweight razor. This razor (and I suspect all injectors) is very deceptive in that there is almost no blade feel which makes me want to use more pressure. I've been falling into this trap during previous shaves which had left me with irritation. This time I had a great DFS+ shave with zero irritation, let alone nicks or weepers, and, most importantly, really enjoyed myself.

I still think I get better shaves in general from my DE razors but I've also had more practice with them so maybe that's not a fair statement. Perhaps if I spent more time practicing with this and my Schick Adjustable I'd feel differently.

Well, yesterday I posted that my 1912 was giving me better shaves than my other two SE razors. Today my MMOC made a liar out of me by giving me a supremely comfortable near BBS shave on the seventh use of a carbon-steel blade! 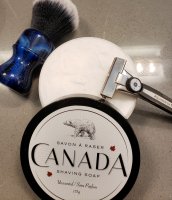 Back to day shaving. Day and a half of growth removed, close and comfortable.
J

Mark Cross/Proline (mild setting), Enders Speed/Proline (medium setting). Start with the MC, clean up second pass with the Enders. MDC. Good as it gets.

Sent from my Pixel 4a using Tapatalk
G 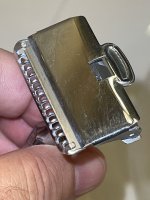 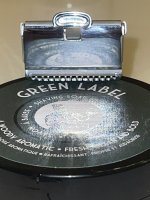 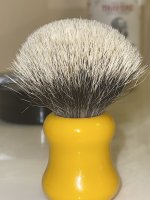 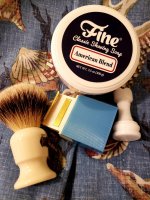 Okay shave but not as close as the last two.

still have to try feathers in that occam which will happen. But with a guarded protouch it is a clumsy proof shaver giving an almost bbs without the risk of nicks….

and oh yes if needed you can caomfortably shave with only that paa pre shave soap…. Hmmm now I want the latest 3 siblings psad kicking in….

SEptember 24
This morning I used my GEM Junior loaded with a GEM PTFE blade. Great performer, smooth, and efficient.
Lathering was the Omega 10104 Boar and ARKO: ARKO BOARKO just feels right! I finished with Stirling Barbershop. A great shave, easily accomplished with the great hardware and software.
Have a great weekend. 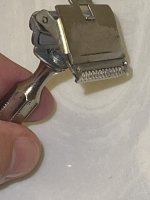 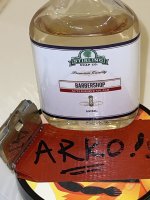 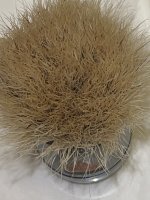 One pass + touchup for a GEFCF shave (good enough for casual Friday).
You must log in or register to reply here.