Contributor
Gem Junior Traveler set. There is a used soap stick in the canister. I don't think I will be using the brush though, it might shed. 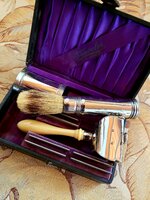 Whiterook said:
Gem Junior Traveler set. There is a used soap stick in the canister. I don't think I will be using the brush though, it might shed.
View attachment 1245034
Click to expand...

That looks to be brand new. Well done!

That‘s a lot of Wecprep goodness!

Adjustingtolife said:
The aristocrat is also $20 and the end caps have all plating gone.

Sent from my SM-N960U using Tapatalk
Click to expand...

Even still, $20 is a good price (as long as everything is in working order) for one of the better shaving early TTOs (think Red Tip/Fat Boy style head, but smoother shaving IMO)-- I'd try the bundle route as well. The Aristocrat I picked up was in much worse shape than that one but cleaned up well (plate loss in spots/no end caps) and although it squeaks on occasion, it shaves great.

Sent from my iPhone using Tapatalk
Click to expand...

Very unique razors. Thanks for sharing. Never heard of Weck before. I had to look up the company on the Safety Razor Compendium. If I read the entry right, the Weck SE razors are from the 1920s. Very modern design.

Newest arrival
USR razor with a cool telescoping handle. I had to give it a good scrubbing and soak to get it to work. Good to go for tonight’s shave. 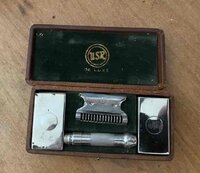 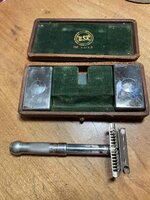 Yaqi Katana in Chrome and stubby 70mm nickel handle. A little too heavy for my taste but OK. Swapped it out for a longer 90mm no brand plastic and chrome handle, suited my way of shaving better.

Loaded with a Treet carbon blade and proraso soap, result BBS in 3. 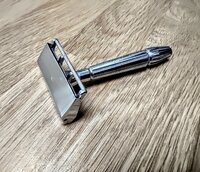 Not a purchase, but as I now have a new magic eye I decided to make a new stand. As you may know we moved earlier in the year and as such I lost my shave cave but gained a great work shop. As such most of my display gear is packed away, they're mainly DE razors and associated DE stuff. But as I've had a decent collection of SE razors I thought why not. So I introduce to you,

I was watching 2001 space oddity the other day again and this kind reminds me of the chairs in the space station, where folk are just going about their days. 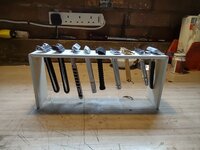 Here's what it replaces, 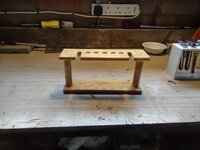 stored away for when i get more room. 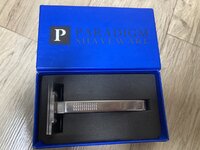 It cost me my arm and leg but I am satisfied with the shave it provides.

By the looks of it seems to be unused and it still had it's ''dummy'' blade in it. 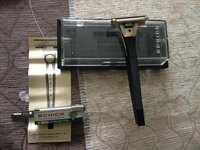 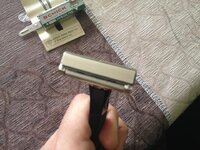 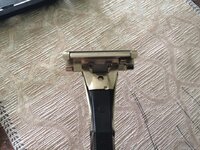 Just arrived in time for an unplanned Shave- Yaqi Raster AC -SE. Going to use it with a Kai CT Mild-Pink. 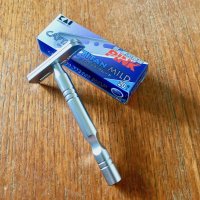 I have a Schick Hydromagic I2 coming my way. My first SE 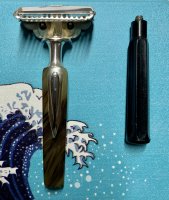 and a formerly NOS Dutch L1 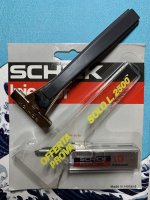 Contributor
You did open it! I would have myself.

Whiterook said:
You did open it! I would have myself.
Click to expand...

with the Vulcan I got from Larry @Snargle 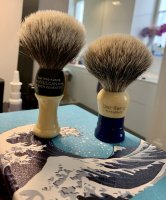 Eversharp Schick HydroMagik I2, came in the mail yesterday. First use within next couple of days 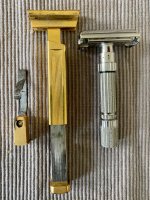